To maximize its benefits, make sure you personalize your exercise. A new study shows that individuals can react differently to the same exercise regime, so find the one that works for you. 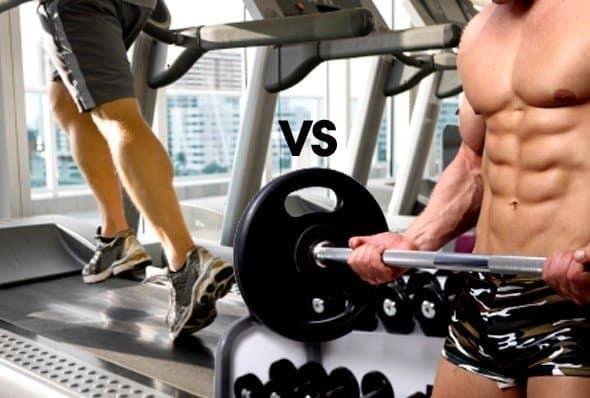 Now let’s be reasonable. If you’re not exercising consistently, nor putting much effort into it, odds are that those two factors are the reasons you haven’t gained the cardiovascular fitness or or strength you want.

If, however, you are being consistent and working out with some intensity, but not gaining much value from the effort, it’s time to reexamine if your exercise routine is sufficiently personalized for you.

What “personalized exercise” means is the exercise that stimulates the most efficient and effective response for you. A recent study involving twins shows that almost everyone responds to the right exercise program, but the right one can differ from person to person. This suggests that personalizing your exercise is a worthwhile endeavor.

Findings of the Personalized Exercise Study

Let’s begin with the key points of the personalized exercise study:

Researchers in this study examined 84 same‐sex untrained twins over a period of three months. The focus was to assess training responses in strength and fitness outcomes to different training modalities, as well as the genetic/environmental contributions to exercise response.

Each of the sets of twins worked out together for two three-month periods. During one month, they ran or cycled for an hour three times a week. During the other month, the twins lifted weights three times a week for an hour. At the end of each three-month session, the researchers rechecked their aerobic capacities and muscle power (strength). They then compared how the participant’s legs and lungs had changed from the aerobic (running/biking) and resistance training (weight lifting) exercises.

Personalize Your Exercise To Optimize Results

It may seem odd that we react differently to the same exercise, but apparently this is how our biology works, both with exercise and nutrition, which speaks to why personalize exercise and personalize nutrition are becoming so popular — people want to maximize the outcomes of their health routines.

If you’ve wondered why your buddy at the gym does the same exercise routine as you, but gets more out of it, it could be that you need to choose different exercises (assuming your level of consistency and effort is equivalent).

We know now that people’s physiques react differently to the same exercise. You’ve probably observed firsthand when starting a new walking, jogging or weight-training regimen with friends or other training partners that you may not progress equally and gain the same physical outcomes.

In plenty of instances, one person may gain considerable aerobic fitness after a few months of consistent effort, while another person’s endurance improves little. In weight training, some people build far more strength than others, even if they lift the same amount of weight.

What’s particularly novel about the twins study is that it examines whether people’s responses are monolithic (meaning someone who barely responds to one kind of exercise will gain little from other types of exertion), or individualized, so that swapping routines could raise one’s response.

The effect of genetics on exercise outcomes has been uncertain. In some past studies, exercise response has seemed to run in families, with parents and siblings sharing similar physiological exercise gains or droughts, a potentially disheartening finding for anyone whose familial history suggests low response. But those studies tended not to be experimental; they asked about people’s exercise histories, but did observe and track the exercise and how their familial genetics affected responses.

A Cardio/Strength Training Combo Is the Best Result For All

Most of us will increase our endurance from consistent aerobic exercise, such as jogging, awimming and biking. The majority of the 84 participants in the study increased their endurance during their three months of jogging and biking, but not all. Leg strength also improved in most of the twins after three months at the gym, but such gains were absent in a few.

Almost no one, however, responded poorly to both the endurance and strength training. In other words, those who gained little endurance from running did gain strength after weight lifting, and vice versa. Almost all of those who failed to respond to one form of training were capable of gaining benefit by switching to the other.

Interestingly, the benefits gained could be broad. In some cases, nonresponders to aerobic exercise added endurance when they turned to weight training, even though lifting mostly targets muscles rather than aerobic capacity, unless sets of large muscles are exercised without rest over enough time to get huffing and puffing. (See pics above.)

The evidence that genes had little effect in shaping outcomes was demonstrated by how the twins’ responses varied wildly, even among identical pairs (some fraternal twins were also studied).

Do not be discouraged if prolonged running, biking, lifting weights or calisthenics do not produce the desired results — you just might have to personalize your exercise by taking a different approach from whatever is not producing gains.

There is an optimal exercise strategy for everyone, but it differs between individuals.

If you want to get the most out of your exercise, I suggest you:

Whatever you do, don’t give up on exercise — it’s the key ingredient for living a long and strong life!

Some resources to explore: