How To Use The IF/THEN Plan To Achieve Your Goals 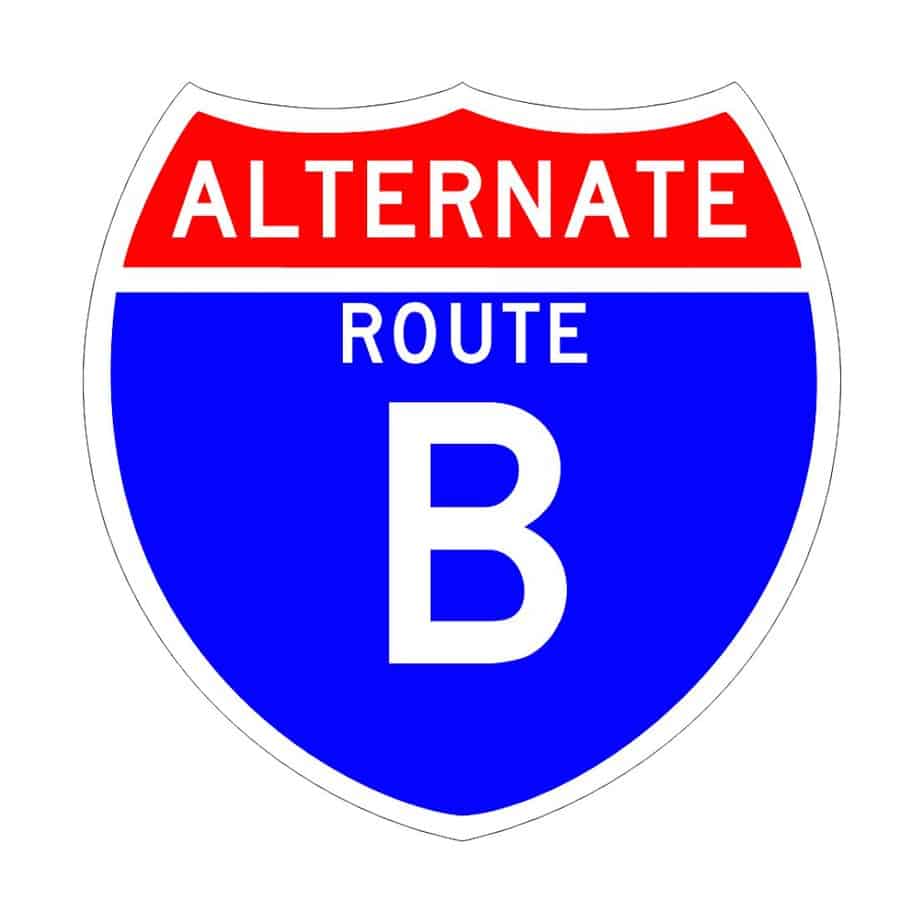 When something threatens your goals, use the IF/THEN Plan to stay on track. Otherwise, before you know it, you don’t really have any goals at all.

YOU’RE NOT supposed to be reading this particular blog post today. Something else was scheduled; in fact, I wrote half of it yesterday and endeavored to complete it today.

The Plan was to finish an in-depth piece about arthritis and inflammation presented in the forms of osteoarthritis and rheumatoid arthritis. I’ve been researching this because, alas, I have been diagnosed with arthritis in my hips and aim to do the best I can to avoid infirmary and surgery somewhere down the road.

Like many plans, a big wave arced over my planned/half-written topic, slammed down upon it and washed it away. (But no worries, the tides will bring it back, perhaps next week.)

At that point I had a choice.

I could don my fins, jump in the surf and paddle like mad against the tide to retrieve my Plan; perhaps then drown with it.  Or I could stroll down the beach and wade in the tide pool where I could slosh away from the intended Plan and wade into a back-up Plan, one that I could accomplish.

Have A Back-up Plan to the Plan

So, the Plan was to write about how I’m going to overcome the arthritis in my hips. I needed about eight hours to complete it.

But then the phone rang just as I was about to begin the intended article.

It was good ole Kevin, my friend from high school. I didn’t know it straightaway, but after 20 minutes it began to dawn on me that I was pushed away from my intended path, and my research-and-write mindset was wavering.

The call ended in 45 minutes.  I could take a walk, reset, return home and get to work.  And that’s what I did.

It was a vigorous morning walk. I barged into my home ready to set myself down and attack.

But then the phone rang. Again.

It was my sister:

After assuring sis that I’d attend, I put the phone down and muttered,

I’ve written about this before in the article entitled, The Biggest Challenge To “Choose Yourself” Is That You Already Have, where in the “Six Steps To Overcome Your Old Self”, number 5, I introduced the IF/THEN Plan.

Everyone who has a goal has a plan, right? If you’re serious about achieving something (your goal), the likelihood of getting it done is to, as the saying goes, “plan the work and work the plan”.

For instance, as I recently wrote, each morning I have a plan to do “10 rituals” before launching myself into the day. It takes me 20 minutes or more to do them. Sometimes, however, something in my life intrudes and thereby threatens to scuttle my 10 rituals. 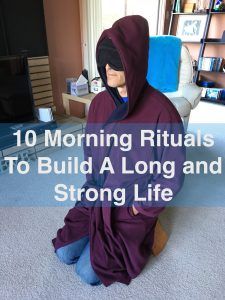 I have a Plan for that.

Because in any given week, a large enough intrusion typically does arise to conflict with my 10 rituals, so I’ve planned for it.

I’ve got a IF/THEN Plan, which is a preset alternative set of rituals that takes less time to do.

You can have an alternative, easier to do, faster to do back-up Plan for everything you want to accomplish.

Apply the IF/Then Plan to exercise

I often use exercise to illustrate this IF/THEN Plan.

If it’s not already a lifestyle habit, regular exercise is commonly abandoned. It can happen gradually. Miss once, twice, thrice… and soon you may still have a plan to exercise, but in name only.

In January, all those people with New Year resolutions clog the gym, but by February there’s no need to wait in line for an exercise machine.

Life got in the way and there was no IF/THEN Plan.

The point is to have a less difficult substitution that you can and will do, or those excuses will  knock you out of the exercise grove altogether.

Say, it’s an exercise day and you don’t want to do it.  This often happens to me on days where I’ve scheduled a run.

When I don’t feel like doing it when scheduled, I simply tell myself that I’m going to put on my running shoes and go out and walk.  If something more vigorous happens, gravy!

This self-negotiating tactic knocks down the barrier that threatens to keep me from doing anything at all relative to moving my legs and breathing a bit.

Interestingly, most times what begins as walking, ends up as running, because once I’m out there and have moved past the resistance and my body is warmed up, I get in the groove and begin to run.

(By the way, if you walk/jog/run, make sure you know if you’re a pronator or supinator, as getting the right support will make a load of difference.)

What you’re reading is my IF/THEN Plan response to the two things that placed a time pressure burden upon me that I was unwilling to accommodate. Given Kevin’s call and Isa’s soccer game, I would have been hard-pressed to finish my intended hip arthritis article for this week’s blog post, and it most likely would not have been as good as it will be once I have enough time to make it so.

My Plan in this type of situation is:

IF I face insufficient time to carry out my intended plan (write a long, detailed article), THEN I’ll write something less time consuming and simpler.

And the proof that it worked is that you’re now almost done with my IF/THEN Plan “B”, which I was obviously able to do, and by the way, without exhausting myself.

Last thing to say on this topic:

Look up, peer into the distance and conjure your various goals that you’ve planned to attain, and then conceive your back-up IF/Then Plan.

Double Your Success With These Three Habit-making Experts

Goals vs Systems — How To Get What You Want