How To Make Tiny Habits Big (and a back-up plan)

Wanting something is not the same as planning to make that something happen. The difference could be tiny habits. Tiny habits tied to already established routines are easy to do and can grow to help you make big deal beneficial changes in your life. Do it this way… 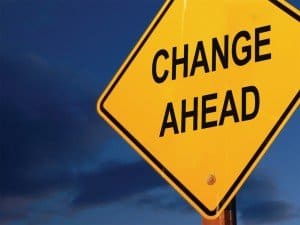 LAST WEEK, I stumbled upon a site called Tiny Habits, the work of BJ Fogg, PhD. He’s studied human behavior for some 18 years, which has led him to the conclusion that only three things will change long-term behavior:

Option A. Have an epiphany

Option B. Change your environment (what surrounds you)

Waiting around for an epiphany to get the behavior you seek is like buying lottery tickets as your action plan to gain wealth… exceedingly unlikely, and completely out of your control…. however, as BJ Fogg asserts, Options B and C are practical, and can lead to lasting change.

But – and there is a “but” – you have to follow the right program.

As the name, suggests, BJ Fogg’s program is about tiny steps.  The idea is that you choose a new behavior that’s so simple that there should be no resistance to doing it, AND it’s connected to another already entrenched behavior.

If memory serves, BJ Fogg uses flossing teeth as an example. Hopefully you already brush your teeth, but in this example you don’t floss them.  You’d like to adopt flossing as your new behavior.  Your tiny habit, then, will be to floss just one tooth after you brush your teeth.

Maybe, but smart… and here’s why… two things are happening in this example that will help not only indoctrinate this one-tooth-floss habit, but lead, eventually, to all those chompers getting a good flossing:

I’m pretty good at adopting (some) new behaviors, but I was intrigued with this method, so I signed-up for BJ Fogg’s one week program.  It’s simple enough and free, so I had nothing to lose and one tiny habit to gain. Turns out, there was three tiny habits to gain.  Yes, he asks that you adopt three new, tiny habits. These where mine:

Tiny Habit #1: Once my two feet touch the floor when first arising I will pause and say, “This will be a perfect day”.

Tiny Habit #2: After my morning mobility exercises, I will sit and contemplate my list of affirmations that I have written on an index card.

Tiny Habit #3: In bed at night before I slip into the void, I review everything that happened to me that day, and every day, for which I can be grateful.

I did these for seven days, and continue to do them because:

– Each was attached to an already established habit (getting out of bed in the morning, morning exercises and going to bed at night);

– Each was easy to carry out, requiring very little time or effort;

– Each was something that I wanted to experience on a regular basis (aka, a new habit); and

– (This is key) Each tiny habit could be expanded once the tiny behavior was established as part of my routine.

As I described in Why Your Goals Should Be Small,

“Make goals that are small, but in the direction you want to go.”

Want stronger arms?  It’s fine to make your goal, “stronger arms”, but what’s truly in your control and doable is to lift 20 pounds with each arm after your morning shower.

Now, 20 pounds is not much weight for a man to lift, either by lifting it off the floor, curling it, or pressing it overhead.  The fact that it’s light is great.  If you’re not an exerciser but want stronger arms, what we want to do is knock down resistance and shape the path.

Knocking down the resistance is to (literally) make the weight light.

Shaping the path is to connect this act with something you’re already doing. For instance, if you habitually do yoga in the morning, then the arm strengthening exercise should be connected to that since they are related, both being exercise.  If there’s nothing related to the new habit desired, however, connect it to something else that’s already routine, such as showering, assuming you do this daily.

The “Stronger Arms” goal should be constructed something like this:

1. Stronger Arms = (get specific) pressing 40 pounds overhead with each arm, the goal.

2. I want to achieve this 12 weeks from now on x date, based on the plan below.

3. I can easily press 20 pounds 10 times and will do so for one set per arm every day after my shower.

4. In two weeks, I’ll add 5 pounds and thereby press 25 pounds 10 times and will do so for one set per arm every day after my shower.

5. Given diminishing marginal returns (strength gains slow down), I’ll give myself three weeks to add an additional 5 pounds, etc.

Compare this plan to some idea floating around in your brain that you would articulate as: “I want stronger arms”.  No plan, no execution, just a dream. Which approach do you think is more likely to result in stronger arms?

I didn’t intend to write about BJ Fogg and his Tiny Habits until a conversation with a friend so inspired.

My friend (let’s call him “Craig”) is on a juice cleanse.  He’s a driven entrepreneur who sits all day and night long.  After years of this, he no longer is the lean Yale sculler he once was, but rather has a prominent belly.

From time to time over the years Craig’s made futile attempts to eat better and exercise.  Turns out, each requires more effort and time than he can muster. So, he needed to start small and shape the path. Rather than cleaving out hours a day to shop for and juice veggies and juice – as well as the clean up time – Craig hired someone to do it for him, someone already doing this as a side job.

Once every few days he meets and gives her all the empty bottles in exchange for ones filled with various types of juice.  Some juice concoctions have ingredients to stimulate energy and provide sustenance, and are thereby made to be consumed in the morning and afternoon. Others have juice ingredients selected to calm him down and relax him before bed time.

What Craig has done is to choose a tiny habit he both could do and was willing to do – go pick up the juice and drink it – rather than keep trying to adopt the much more difficult habit of shopping, juicing and cleaning.

Once drinking the juice is an engrained habit, and as the benefits enjoyed (more energy, less fat), Craig might be willing to take some further steps, which could include making some of his juice himself, and walking a mile each day.

There’s one more thing that I’d like to suggest that could be helpful.  I have James Clear to thank for this idea.

The day that Craig and I were talking about his juice cleanse was a scheduled resistance training day for me. That day, I was to go out on my deck and do an assortment of heavy dumbbell lifting.  Problem was, once the time came to do it, I looked outside and it was cold and grey.

The excuses began to flow. I watched those excuses.  I noted that they were leaning on my pretty heavily.  I saw they were swamping the bulwark of my meek resistance.  Alas, “IF, THEN” came to the rescue. It’s simple:

If occasionally you’re unable/unwilling to do the big thing, do less, or do it differently, but do something.

When I stopped arguing with myself about exercising outside, and instead began focusing on something new, suddenly some energy started rising. My creative juices began flowing.  I decided to grab just one heavy dumbbell from the deck, haul it inside and spontaneously put together a new routine.

It worked great. The IF, THEN option not only helped me maintain my scheduled workout out, but helped me come up with a new, kick-ass weight lifting sequence that did a fine job of thoroughly challenging me.

Craig uses IF, THEN too

As mentioned, he’s a driven entrepreneur who is always working, and that includes business trips.

Craig can’t bring the juice bottles on the plane so his IF, THEN is… “IF I can’t drink the juice, THEN I’ll have a salad”.

Craig has clearly staked out his recourse position, and it’s important that you make your IF, THEN substitution clear and immutable is as well. You do not want to be negotiating with yourself what your alternative action will be in the moment that it arises, or else you’ll be eating a steak and fudge Sunday rather than a salad.

Try to make it fun, or at least interesting.