The ProLon Fasting Mimicking Diet — Get Better, Not Older

If enough people climb aboard Dr. Valter Longo’s ProLon Fasting Mimicking Diet, he’ll change the world, at least for those who rejuvenate their lives by doing the program. Read, check the pics and watch the video.

THERE’S A relatively new meal plan that’s recently been made available to the public after years of testing. It was only available by a doctor’s prescription, but now it’s ready for you.

It’s called the ProLon FMD, or ProLon Fasting Mimicking Diet. “Fasting” is in the name not because of what you do — you don’t fast on the program — but because of the health and anti-aging benefits that happen. You get the advantages of a real fast, but without the pain of hunger.

(Note: the links to the ProLon website where you can buy the FMD are affiliate links, which means the company pays me a fee. You pay the same amount either way should you buy the program.)

I’ve followed the inventor of this fasting mimicking diet, Dr. Valter Longo, for two years now. Watched him being interviewed. Read his book. Spent the last two years experimenting with different types of caloric-restriction. And now I’m pleased to say that ProLon (the company he created) has accepted me as an affiliate, because I believe in the potential of fasting mimic diets to rejuvenate the body.

(By the way, all the profits he earns, by the way, go to the Create Cures Foundation whose mission is to help prevent illness and promote longer, healthier lives.)

This is not a stretch. As you’ll soon see, the science shows that the Prolon Fasting Mimicking Diet rejuvenates specific biomarkers that express how well you’re aging. Or not.

Among the dozens of interventions tested for anti-aging and health optimization, only one is incontrovertible — caloric restriction. Often referred to as CR, Time-Restricted Feeding, or Intermittent Fasting, the idea is the same, which is to cut the number of calories consumed.

Twenty-plus year-long studies with monkeys demonstrated that a 25 to 30% daily restriction of calories provided by nutritious foods made the monkeys on CR much healthier and live longer than the group who ate at will.

But you can get those results by monkeying around as you usually do, as long as spend 5 days a month a few months a year doing the ProLong Fasting Mimicking Program.

Here's what I'm going to show you:

FMD — A (much!) better alternative to Caloric Restriction 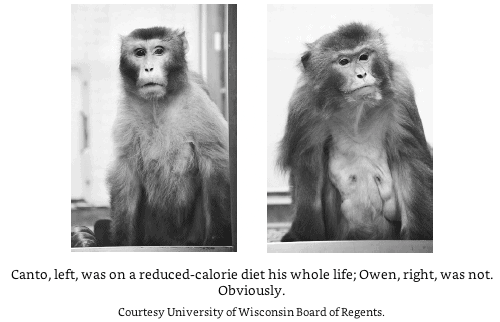 So why doesn’t everybody do CR? 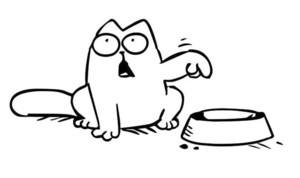 Because we don’t want to live in misery!

But there is an alternative way of getting the benefits of daily CR without the pain. Yes, truly, one of the few examples where you don’t have to experience pain to gain. People who study such things refer to it as “caloric-mimicking” — something that has the same or similar benefits to CR, but via a different, more tolerable (even enjoyable) modality.

Scientists have experimented with various forms of restrictive eating to see which could have a favorable impact on healthspan (the years you’re healthy), and possibly lifespan as well, as measured by various biomarkers for things like systemic inflammation, blood sugar/insulin resistance, stem cell regeneration and lean muscle composition — all of which are severely affected as we age.

Tentative results show that restricted-eating might be a caloric-mimicking modality, but which one is best?

As I wrote in Choose Your Favorite Intermittent Fasting Protocol, there are many ways to skin this cat, such as fasting on only certain days of the week, reducing your “feeding window” each day (ie: eating only between noon and 8:00 PM) and periodic fasting (ie: one day per week, or three days per month).

Books have been written about each of these restricted-eating types of CR mimetics, but no study on them has been as robust and definitive as those with the monkeys, until recently.  Dr. Valter Longo has led the charge in this area with his studies aiming at determining exactly what can produce the same or similar results as fasting or daily CR. 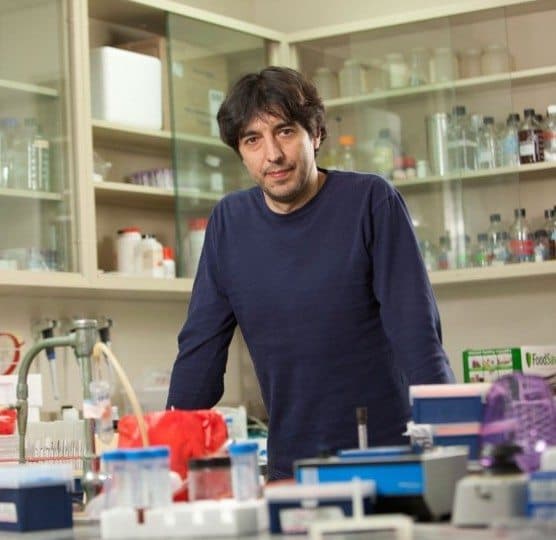 And he found it with his “Fasting Mimicking Diet” and the company — Prolon — that supplies the food that does the trick.

Dr. Valter Longo is the Director of both the Longevity Institute at the University of Southern California; The Program on Longevity and Cancer at IFOM in Milan; and the author of a book I recently devoured, The Longevity Diet.

He designed the Fasting Mimicking Diet after making a series of remarkable discoveries in humans that show how specific diets can activate stem cells and promote regeneration and rejuvenation in multiple organs to optimize health and offer anti-aging benefits.

Fasting Mimicking Diets Have Been Shown to Help:

What food does the trick?  The ProLon Fasting Mimicking Diet

The ProLon FMD is the only meal program that has gone through clinical trials. It’s also been patented for its anti-aging effects!

Watch Dr. James Kelly describe the special foods that trick your body into thinking it’s fasting and thereby conveying the benefits of fasting: 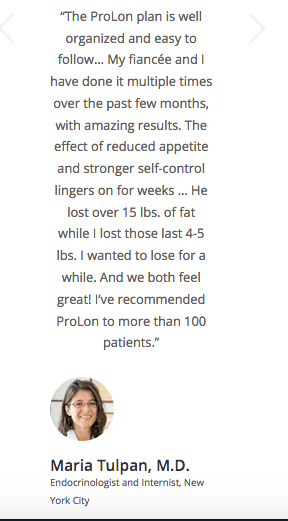 What is the trick?  Getting your body to rejuvenate!

The trick is that the 5-day meal ProLon program provides scientifically researched micro- and macro-nutrients in precise quantities and combinations that nourish you, but are not recognized as food by your body. To be able to eat food while your body thinks you’re actually fasting is quite a trick!

Check out the results below  from the clinical study on the ProLon Fasting Mimicking Diet which examined substantially improved biomarkers for those who on the diet for 5 days each month for 3 months: 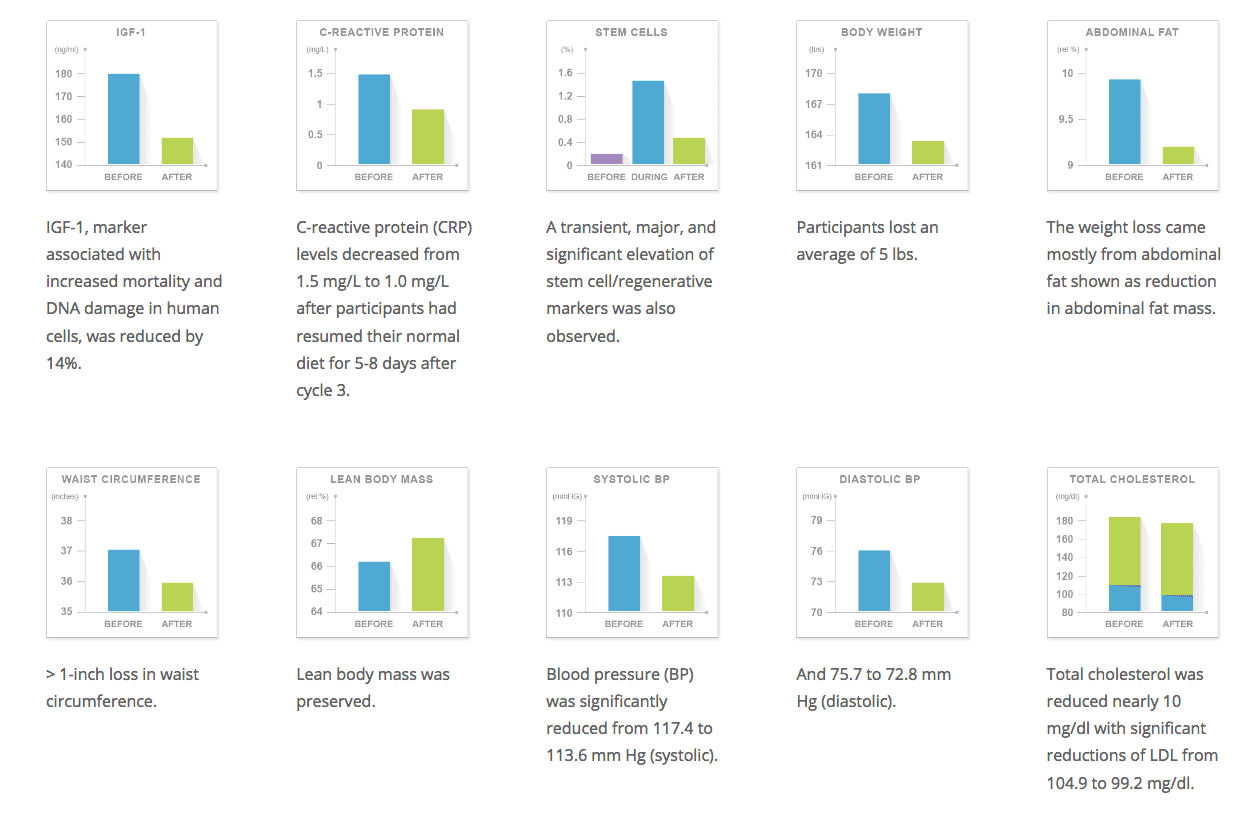 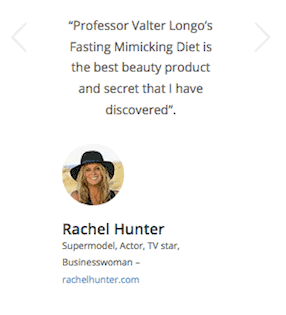 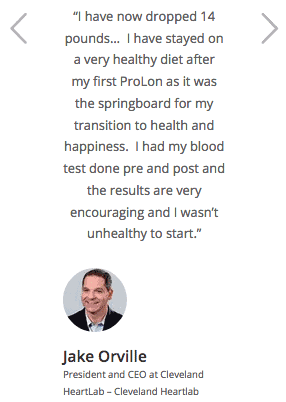 Now, take a look how people with health issues benefited from the fasting diet (where you actually do eat) in only 5 days: 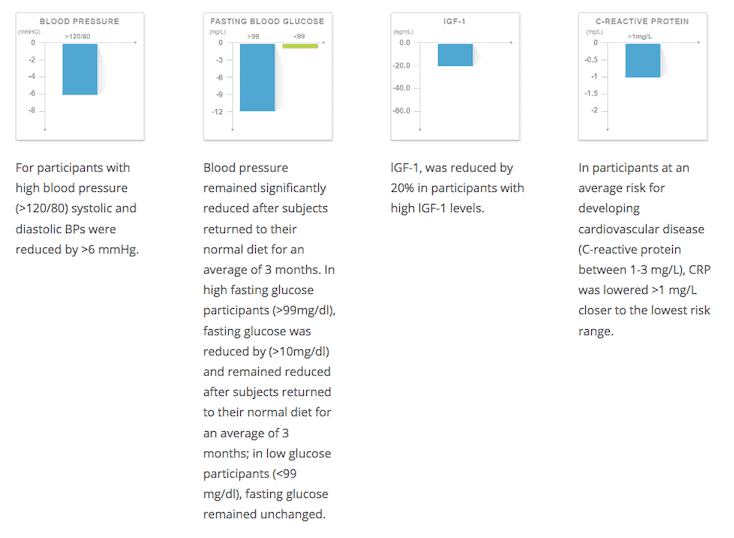 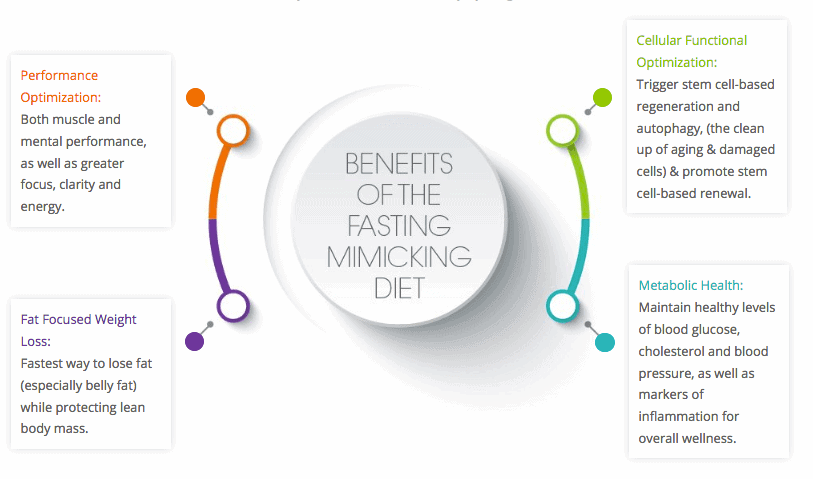 The ProLon FMD meal plan is followed 5 days per month. You can go back to your normal diet for the remaining 25 days of the month. This fasting-with-food meal plan is low in carbohydrates and proteins and has healthy fatty acids. The FMD patented recipe allows your body to stay under a fasting-like mode, which triggers a set of protection measures that the body has developed during natural selection when during times when food was scarce and not easy to find and store. This caused the body optimize its performance, rejuvenate its cells, and thrive under such circumstances, because if you didn’t take it up a notch when food was scarce, you’d soon be dead. 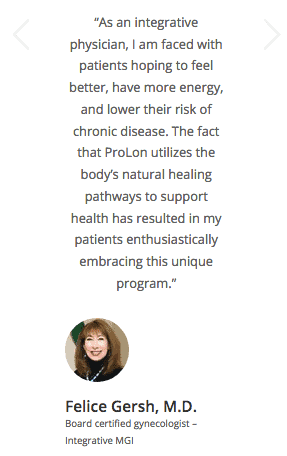 What Happens During The 5-Day Prolong Fasting Mimicking Diet?

Here’s another way to envision it: 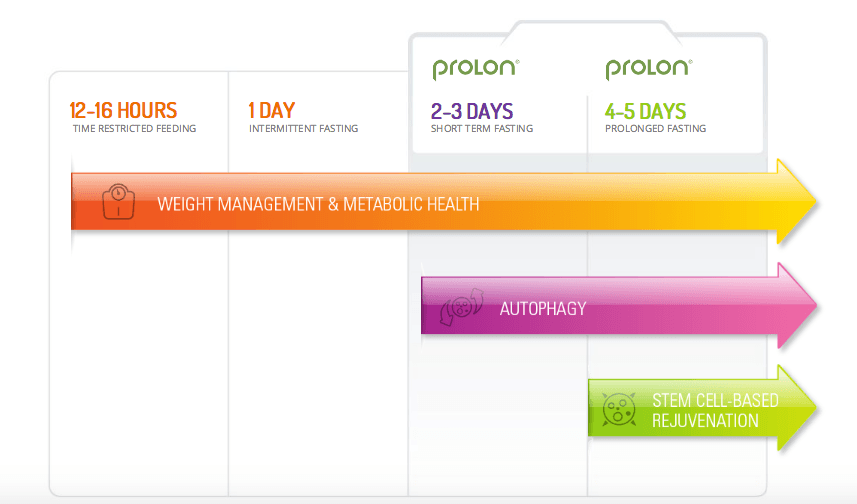 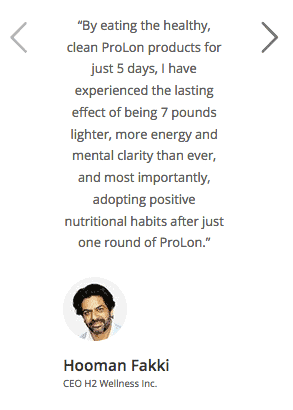 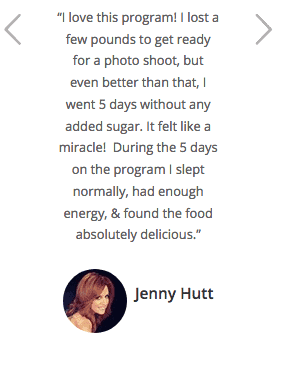 If you can afford it, do yourself a favor and try the ProLon Fasting Mimicking Diet.

And I might add, you can’t afford not to try FMD if you’re overweight, have high blood sugar, high blood pressure, inflamed joints — or are simply aging poorly.

Go check it out!

A platoon of Navy Seals couldn’t make you do FMD?

Then at least check out how to do some type of intermittent fasting that I describe here. Because not only do we all need to eat less, but we also need to eat less often

Read The Truth About Fasting
Share. Someone you know will be thankful.