Why The Tsimane’s Have the Healthiest Hearts and You Don’t, Part 1: The Evidence

How is it that the people with the world’s healthiest hearts watch no TV, eat mostly vegetarian and are always in motion?  Read on… 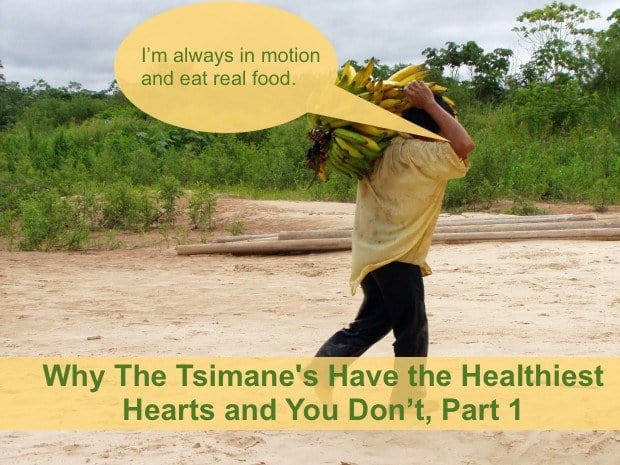 PERHAPS YOU’VE never heard of them, but the world’s healthiest hearts beat in the people who live on a tributary of the Amazon River in Bolivia.

As Maggie Fox reports for NBC News, the research team who studied the Tsimane wrote:

Why should you care?

Because of this graph:

Those numbers in the bar graph above are for adults in the United States, but similar numbers are evident in the rest of the industrialized world.

Two things that stand out in the graph:

You do not want to be a number on that graph up there.

You want to be more like the Tsiamne, and this article and the forthcoming Part 2 will help get you there.

The researchers who studied the Tsimane point to two basic lifestyle factors that give them the healthiest hearts on the planet, which most likely, none of us share in combination: 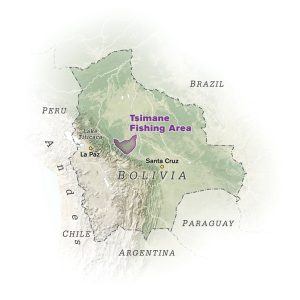 Consider how a predominately plant-based diet and constant movement benefit the Tsimane:

The researchers studied 700 of the Tsimane. They scanned their arteries, testing for cholesterol in their blood and glucose. They measured blood pressure and looked for evidence of inflammation.

Calcium in the blood vessels was a particular focus, because it’s a signal that that artery-clogging fat has built up and hardened into plaques (which can break off and cause heart attacks and strokes) – but nearly none was found.

This is in remarkable contrast to those of use who live in the industrialized world where prolonged sitting and eating crap is the norm, which hugely contribute to chronic illness and death.

According to The Heart Foundation, in the U.S. cardiovascular diseases claim more lives than all forms of cancer combined, and killed almost 787,000 people alone in 2011.

In contrast, an 80-year-old Tsimane has about the same heart and artery health as the average American in his or her 50s.

So, what do you do with this information?

What are you willing to do to have the heart of a Tsimane?

Are you willing to hunt for eight hours and cover 11 miles to get your meat, or canoe, walk or bike to get anywhere?

Are you willing to spend 90% of your waking hours doing physical activity?

That’s what the Tsimane do.

Dr. Tim Chico says he’s not, and undoubtedly you aren’t either; nor am I.

Dr. Chico is a cardiologist at Britain’s University of Sheffield. He was not part of the Tsimane study, but the aforementioned Maggie Fox quoted him to say:

Which nicely segues to the next section, which I’ll present in Part 2 next week, where the following will be covered:

We’re going to come up with a plan to make your heart among the healthiest in the world.

Read Part 2
Share. Someone you know will be thankful.

15 Symptoms of Arterial Plaque and How To Prevent Heart Disease