The three food debates we heard a lot of in 2019 were about the relative health merits or demerits of red meat, eggs and butter. What’s your view? Do you think they’re healthy or just the opposite. Read on and find out. 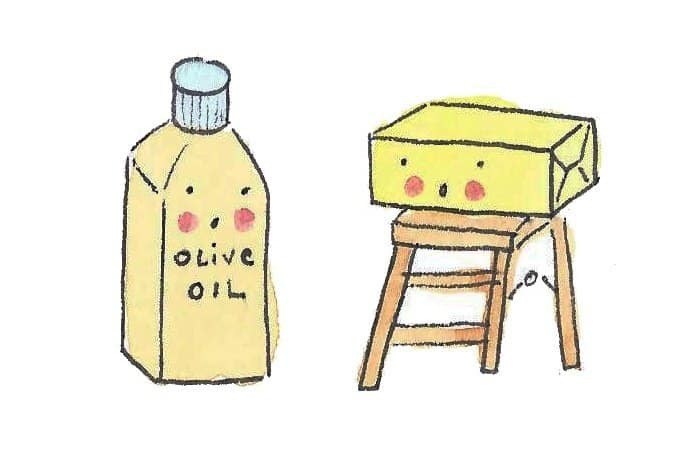 The three food debates the pundits have been wrestling with this year are the same as the year prior, and the year before that. Seems the science is not settled on whether you should avoid eating meat, eggs and butter, or pile in with gusto.

But I think the science is pretty much settled on the merits of meat, eggs and butter — at least for me. I’ll dig into that in a minute, but first, Gerry. 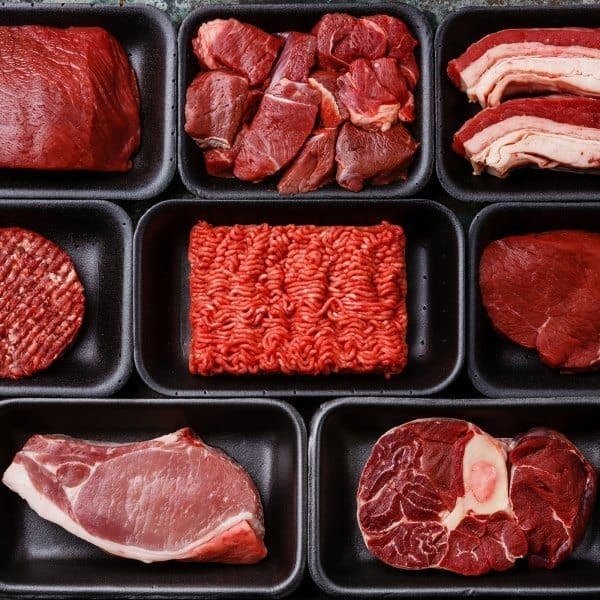 I’m writing this because of Gerry. He called me the day after the New York Times printed a summary of a study that concluded that:

The evidence is too weak to justify telling individuals to eat less beef and pork.

Led by epidemiologist Dr. Bradley Johnston at Dalhousie University in Canada, a team of scientists reviewed 61 articles reporting on 55 populations, with more than four million participants. The researchers also looked at randomized trials linking red meat to cancer and heart disease, as well as 73 articles that examined links between red meat and cancer incidence and mortality.

In each study, the scientists concluded that the links between eating red meat and disease and death were small, and the quality of the evidence was low to very low.

This conclusion ignited a firestorm, the first spark of which I became aware of when Gerry called. He said something like:

“Did you hear about the study that now says meat is OK to eat!?”

“I’ll send you a link… WTF, these food debates are driving me crazy!”

He sent it, I read it and have four things to point out to you:

(1) The conclusions of Bradely Johnston’s study have been refuted by many highly respected studies. “Irresponsible and unethical,” said Dr. Frank Hu, of Harvard, in a commentary published online with his colleagues. Studies of red meat as a health hazard may have been problematic, he said, but the consistency of the conclusions over years gives them credibility.

(2) Diet/nutrition studies are intrinsically weak because they typically “observational studies” that rely on the self-reporting of those being studied. This is what Dr. Hu was referring to above when he said that red meat studies may have been “problematic”. What makes them credible, he said, was the sheer number of different studies that consistently conclude that red meat, especially processed red meat, is associated with higher risk of type 2 diabetes, cardiovascular disease, certain types of cancers, and premature death.

(3) Dr. Johnson, the lead dude of the red meat is OK study, did not divulge his ties to the food industry, claiming that he was not required to do so. This blockbuster factoid was reported by the NYT four days after it’s first article about the study, but it did not find that this potential conflict of interest tainted his work, irrespective of its conclusions.

(4) Your gut agrees with most of the research that says red meat consumption should be limited. The NIH (National Institutes of Health) reported just five days ago (October 15, 2019) that an enzyme in the gut bacteria releases an inflammation-causing carbohydrate from red meat, and that preventing this carbohydrate from entering the body’s tissues could potentially reduce the risk of diseases associated with eating red meat.

My 2 cents on the Red Meat Food Debate:

Despite Dr. Johnson’s declaration that you shouldn’t worry about eating however much red meat floats your boat (or sinks it), the overwhelming number of experts and health organizations concur that you can improve your health by reducing your red meat and processed meat consumption to reduce your risk of cancer, heart disease, chronic inflammation and type 2 diabetes.

If red meat’s your thing, do your thing less often and do it with pasture-raised, no hormone, no antibiotic animals. 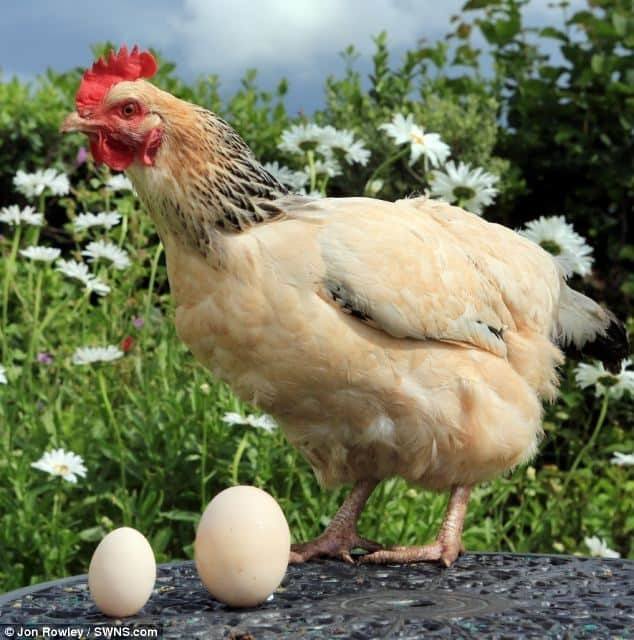 The second of our three great food debates of 2019 is about eggs. .

I like what Registered Dietitian Samantha Cassetty had to say about eggs in her article for NBC News. She points out that two major studies, one that tracked about 117,000 adults for 14 years and the other a meta-analysis of multiple egg studies, found no clear link between egg consumption and the risk of heart disease or stroke.

But there’s no debate if there’s not a contrary position; enter Jama.

The Journal of the American Medical Association (JAMA) published a study in March of 2019 that pooled six different studies (making it a meta study) of nearly 300,000 people, and concluded:

Each additional 300 mg of dietary cholesterol consumed per day (one egg contains about 187 mg of cholesterol) was significantly associated with higher risk of cardiovascular disease (CVD) incident. (Four out of five CVD deaths are due to heart attacks and strokes.)

This study wasn’t designed to show cause and effect, so we don’t know if egg consumption actually caused these findings. Also, it was based on people remembering what they ate, which is typically inaccurate.

The latest edition of the US Dietary Guidelines removed cholesterol limits because according to their advisory report:

“… available evidence shows no appreciable relationship between consumption of dietary cholesterol and serum cholesterol… cholesterol is not a nutrient of concern for overconsumption.”

Before I tell you what I think about the great egg food debate, let’s let nutritionist extraordinaire Dr. Michael Greger weigh in. He’s the powerhouse behind nutritionfacts.org and is a medical doctor specializing in clinical nutrition.

The man advises that you don’t eat eggs, or if you do, limit them. He has reviewed dozens of studies on his website to support his position in this debate. Here’s his most recent, done in January, 2019 that shows studies connecting egg consumption with cancer:

If you watched the video, you heard that it’s not just the cholesterol in eggs that’s correlated with some cancers, but also the choline contained in eggs which reacts with gut bacteria to create toxic TMAO. (Trimethylamine N-oxide is a metabolite derived from gut bacteria that can powerfully predict future risk for heart attack, stroke, and death in patients who appear otherwise healthy, according to pioneering Cleveland Clinic research.)

My 2 cents on the Eggs Food Debate:

Don’t make eggs your daily go-to breakfast. I love them, but I only eat them every third day or so, and of the three organic, pasture raised eggs I scramble, only one contains the yolk. One egg contains 187 mg of cholesterol, but 184 mg of that is in the yolk, leaving only a paltry 3 mg in the white part. This leaves the choline to deal with, but heck, I’m not perfect. 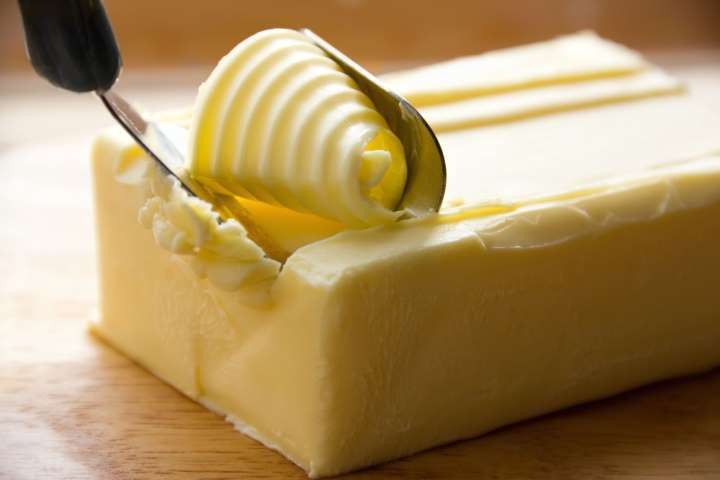 The last of our three great food debates of 2019 is about butter.

Once upon a time butter got such a bad rap that people ran to their grocer and bought margarine, which is smooth, artificially colored muck made mainly of refined vegetable oil and water.

Butter is much better than margarine, but are you better off not eating it either?

Let’s just say that a little goes a long way.

Well, actually, I have more to say on the topic.

The issue with butter is that it’s high in saturated fat, and as you might imagine (or remember) there’s been a steady debate about whether or not saturated fat raises blood blood cholesterol levels and therefore, increases your risk of cardiovascular disease.

Some sources of saturated fat, like red meat, are still suspect (though health risk may also be related to other compounds in red meat) whereas other sources (like full fat dairy products) are now considered less risky.

In light of all that confusion, I have a suggestion…

My 2 cents on the Butter Food Debate:

Use butter sparingly and use other fats like oils from avocado, hemp, flax and olives liberally. I often combine olive and avocado oil on one slice of seeded bread toast that I eat with my neutered (one yolk) eggs. Delicious!

Buddha might not have said, “everything in moderation”, but I bet he would if he was still around.

I say that “moderation” is the first step. The second step is “substitution”.

Think of it as an experiment. Never know, you just might wind up eating like a gorilla.

Oh, and Gerry… some long-time readers might recall me mentioning the lad once before in the article, Be here now: “Gerry’s” Dharma Lesson. Anyway, he didn’t use that new red meat study that said red meat isn’t so bad as an excuse to go kill a cow; rather, his red meat consumption has remained tiny. Now if I could just find a place to hide that vodka!