This is the Episode that all parents need to watch, for although supersizing has made us dangerously overweight, the new generation may be the first with a lower life expectancy than their parents. Consumption taxes may be on the way, but – surprise – the food industry is fighting back. 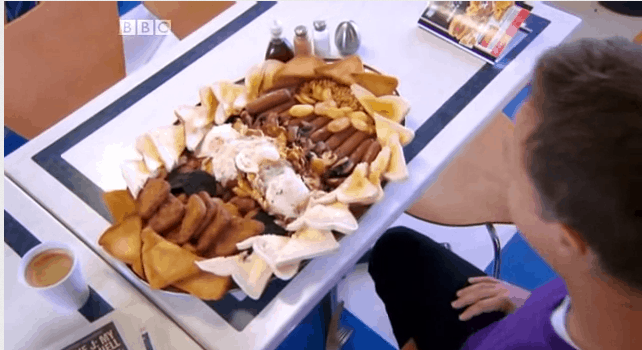 Eat it in an hour and you get it free. The medical costs are yours.

THERE ARE two drum-beat near-tautologies in the food industry:

In two decades, the average consumption per person of soda doubled, from 350 to 600 cans each year.

As I wrote in Episode 1 of The Men Who Made Us Fat regarding the coincidence of major, ubiquitous supersizing of food and drink and the advent of obesity:

Keep this distinction in mind as you read the rest of this post, and at the end, ask yourself:

Now to a few questions which are among the many explored by Episode 2:

Do you know about the “Double Gulp”? It’s quite an amazing drink: 64 ounces of soda with nearly 50 teaspoons of sugar.

Have you heard of the “salt slide”? It’s a term coined by a former Board Member of McDonald’s. He observed that customers would throw back their heads, put the empty French fry carton to their mouths and tap it for any bits left, mainly salt at this point. He correctly figured they wanted more, but were not about to order another serving. So, he increased the sizes of the servings, and the prices. That was in 1972.

Do you know what food bundling is? Taco Bell invented it. The concept is to bundle together a bunch of food and drink for less than they’d cost if purchased individually. Most customers would not buy all that food individually, but many would buy the cost-effective bundle deal.

More food for the customers, and more profit for the restaurant.

Portion sizes now are two to five times larger than they were in the 1950s.

OK, that end’s our Q&A (well, ‘cept for the P.S. below), so now on to watch Jacques Peretti’s BBC investigation about how the concept of ‘supersizing’ changed our eating habits forever. How we – once a nation of moderate eaters – began to want more, much more.

Here’s Episode 2 on Youtube. Watch it soon before it’s taken down. If taken down, you can try going to Youtube and searching for “The Men Who Made Us Fat”.

I’ll post Episode 3 when it becomes available, scheduled by the BBC to be on June 28th.

P.S. Hey, by the way, can you guess what is America’s annual medical obesity bill? It’s almost $150 billion.

P.P.S. Please be pissed off enough to share this with your friends, particularly if they’re parents. 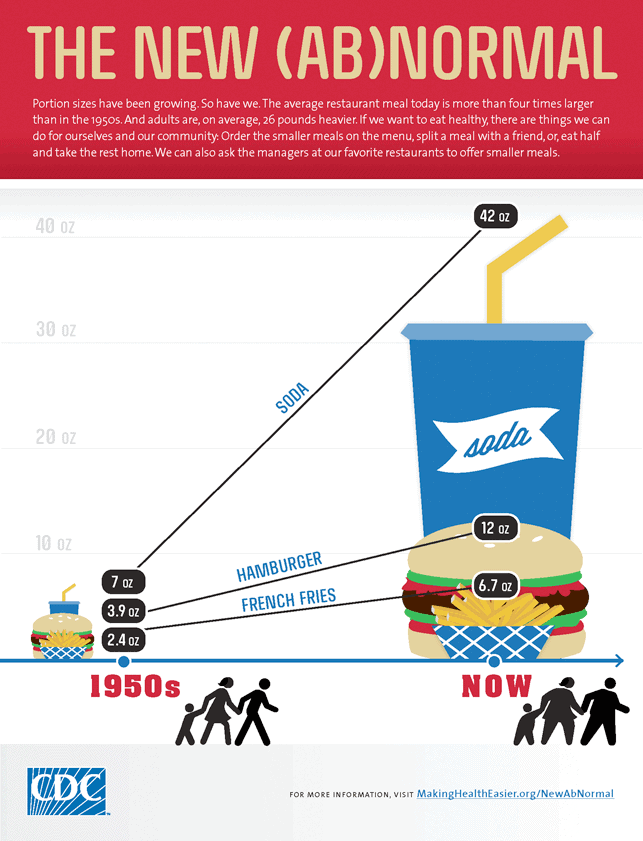