How Sugar Messes With Your Libido (Look)

Everyone want to maintain their sexuality. So what if you discovered that sugar and libido don’t mix? All that hidden sugar you consume is messing with your hormones.  Here’s a story about an actress, a movie, and keeping (sexually) relevant as the years go by. 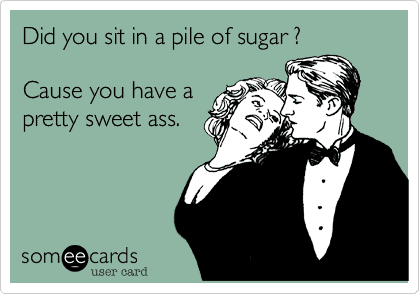 THERE’S AN infographic about sugar and libido that I’m going to share with you. It engagingly depicts how sugar messes with various hormones, particularly those associated with sexuality.

Sexuality is a big deal, particularly as we get older. There are many reasons why it’s a big deal, but the one I want to explore is the connection between sexuality and youthfulness.

let’s begin with hunger of the gustatory kind.

Can you imagine taking a pill to make yourself hungry when you’re not? Unlikely. Then why do we – well, men, and soon woman too if marketers have their way – take a pill to instigate sexual hunger, and ensure a satisfactory outcome?

I think the reason may have to do less with sex, and more with the desire to maintain the virility of our youth, to extend the span of time within which we can act in the most primal way creatures act when still relevant.

Evolution has made us relevant only when we can reproduce. Once we’re done with that, we degrade. Hormones fade. Lean muscle wanes. Blood sugar increases. Bone density softens. Skin sags.

You get the picture.

Sex is our way of staying relevant by keeping us connected to our youth.

The psychology of aging was on display for me last night. My mother rented a movie called, Clouds of Sils Maria, staring the alluring French actress, Juliette Binoche, as a famous actress alarmed that her best days are yesterdays, and Kristen Stewart of vampire movie fame, who plays Juliette’s probing, insecure, belittled personal assistant. I teased Mom that she was about to subject me to a “chick flick”, but was soon pulled into this story-within-a-story.

My intent here is not to describe the plot, but to simply say that the push/pull, tears-and-jeers dynamic between the Juliet Binoche and Kristen Stewart characters — one in the prime of life, and the other one step outside it — reveal the relative mental/emotional states of those in sexually procreative years to those wandering beyond it.

It doesn’t matter to those “beyond it” if they have financially success and social acclaim, because – unless self-realized (whatever that is) — our instinct is to strongly feel the loss of something that is fundamentally primal in our being.

At the end of the movie, Juliette meets a twenty-five year old man who has written a movie script. He wants her to play the protagonist. She demurs, saying the part is for a younger woman. The screenwriter fixes his gaze on Juliette and says something about her not understanding that this character he has created is “beyond time”.

In response to these words, all the heaviness that has accumulated on the Juliette character during the course of the film seems to drop away. It’s as if Juliette needed someone from the younger generation to give her permission to step outside the torrential stream of time, to live her life without checking in to see if she’s transgressing some indelible rule of life.

Watching this movie and reflecting upon it gives us an opportunity to examine our attitudes about aging. Whether you’ve just grown your first set of whiskers, or are battling to obscure your gray “roots”, you have cultivated a set of attitudes about aging means to you.

Examine those attitudes that diminish you, hold you back and underscore excuses. If an attitude is simply a thought wrapped in emotion, can it not be unraveled and rethought?

As we see with Juliette, she first had to understand how her way of thinking was not only holding her back, but making her miserable. After that realization, she could adopt the lifestyle choices to help her live an ageless life, though this was not part of the movie.

(If you’re interested in learning how to slow down the physical aspects of aging. Become a subscriber and I’ll send you my four-part series on how to Build A Strong and Youthful Body to get you started.)

And now we turn to the promised infographic, Sugar & Your Libido! The information in this infographic is pertinent to this age-attitude theme, because as the years go by, we need to shore up the parts of our biology that begin to fade, such as hormones.

Perhaps in your youth, you could binge on sugar every day and nothing detrimental happened, but this is not so as you get older. Excess sugar compromises hormonal function, particularly testosterone (in both men and women), leptin (responsible for signaling satiation) and human growth hormone (which influences just about everything associated with youthfulness).

Though not in the infographic, it’s very important to understand the mess that sugar makes of your blood sugar and insulin. Dr. Mark Hyman has become famous through his efforts (books and programs) to alert people about the prevalence of what he calls “diabestity”. This is the marriage of obesity and diabetes, which he claims goes hand-in-hand, and if left unchecked will cripple the health system.

Remember, you don’t get a pass on the sugar excess just because you don’t add it to your coffee. Sugar is ubiquitous! If you eat a lot processed food, or fast food, a lot of fruit, or high glycemic carbohydrates, you’re probably consuming too much sugar.

So, before you pop the Viagra, stop the sugar.

Sugar Lover! Which Type Are You?

Are You Getting Fat and Sick from Sugar?

Control Your Blood Sugar With These 4 Tricks and Supplements

How Sugary Is Your Blood?

Are You A Bit Addicted to the “Holy Trinity” of Salt, Sugar and Fat?

9 Ways to Fight Diabesity with The Blood Sugar Solution