Sit A Lot? Six (Powerful) Reasons NOT To 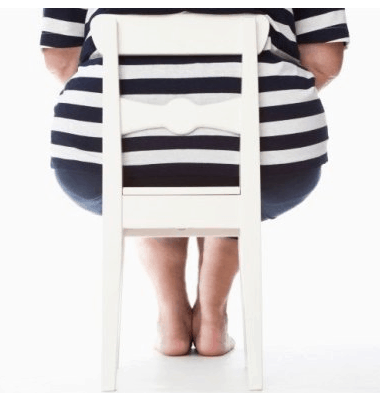 The data doesn’t lie. Sitting for hours each day does the body harm.  Sitting can reduce your lifespan, nullify the benefits of exercise, increase cancer risk, and other unhappy things.  Read why you have to get up and move.  Often! 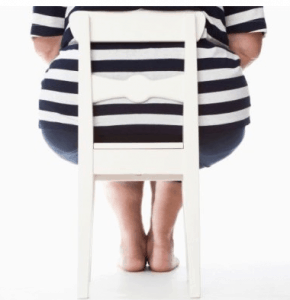 WHAT BETTER moment to write about the dangers of sitting on your duff than when I am doing just that, along with a dozen others languorously sitting in this sunny Sausalito café?

I’m not a full-time blogger, nor am I a full-time (so-called) knowledge-worker, who typically massages his knowledge for employers while sitting.  And yet, my derrière can be often found spread out on a chair.

Former Secretary of Defense, Donald Rumsfeld, famously used a standing desk.  Some people use a large stability ball. (Which I do too, here and there.)

Standing actually burns substantially more calories than sitting.  The stability ball is better than a chair because muscles that support your core must subtly work to keep you balanced and properly seated (aligned) on the ball, which also burns more calories than simply sitting in a chair.

So, what are you waiting for? More data?  Well, consider these six reasons that I grabbed and will here summarize from a Huffington Post article called, Sitting: 6 New Reasons It’s Bad For Your Health.

Six Reasons to Get Up and Move!

UPDATE: Let’s add a seventh reason brought to you by physical therapist and Cross Fit guru, “Kstar” in his post and video entitled, Why Sitting Wrecks Your Mad Hip Action. As the man says: “The easiest way to get hold of your shoulder and back pain, and to improve your performance is to literally look at sitting as toxic.”

For more insights about the perils of sitting all day, go to MobilityWOD.com and search for “sitting”. You’ll learn a lot and never look at a chair in quite the same way.

Now, onto the original “Six”:

1. Sitting can diminish the benefits of exercise. Researchers from the University of Missouri published results suggesting that sitting throughout most of the day may put individuals at higher risk for diabetes, obesity and non-alcoholic fatty liver disease — even if you clear time for daily exercise.

2. Sitting can increase the risk of death.  As HuffPost editor Amanda Chan reported, a study in the American Journal of Epidemiology found that women who sat six or more hours a day were nearly 40 percent more likely to die over a 13-year-stretch than those who sat less than three hours.

Men fared better… sitting for more than six hours was linked with an 18-percent higher risk of death.

3. That no-good TV.  Every hour you sit in front of the TV, you can slash your life expectancy by nearly 22 minutes.   Sound like nonsense?  Well, here’s the study from the British Journal of Sports Medicine.

Do those hours add up to, say, six per day?  Well, couch potato, off your feat consistently for that long can cut your life expectancy by five years.

4. Sitting increases cancer risk. Is it ridiculous to suggest that sitting may be responsible for more than 170,000 cases of cancer yearly — with breast and colon cancers being the most influenced by rates of physical activity (and inactivity)?

Christine Friedenreich, an epidemiologist with Alberta Health Services told this to MSNBC: “For many of the most common cancers, it seems like something as simple as a brisk walk for 30 minutes a day can help reduce cancer risk.”

“In a bid to explain why sedentary behaviour causes weight-gain, scientists believe that the precursors to fat cells turn into flab (and end up producing more) when subjected to prolonged periods of sitting down, otherwise known as ‘mechanical stretching loads.'”

Translation and conclusion: Putting prolonged pressure on your bottom can produce up to 50% more fat on it.

6. Sitting is an independent risk factor for serious cardiovascular events. Men’s Health covered a study in the journal Medicine & Science in Sports & Exercise, in which researchers from Louisiana found that people who sit for the majority of the day are 54 percent more likely to die of a heart attack.

Now, you may feel fine sitting all day long.  I feel fine.  But I can tell you that facts matter to me, and I’m going to make sure that I consciously get off my duff every hour, walk around, stretch, do a few squats, before spreading the glutes back over the cushion.