You need not wait for human trials. Consider consuming the three Senolytic drugs (that are really supplements) that helped increased the healthspan in mice, and reversed aging as well. 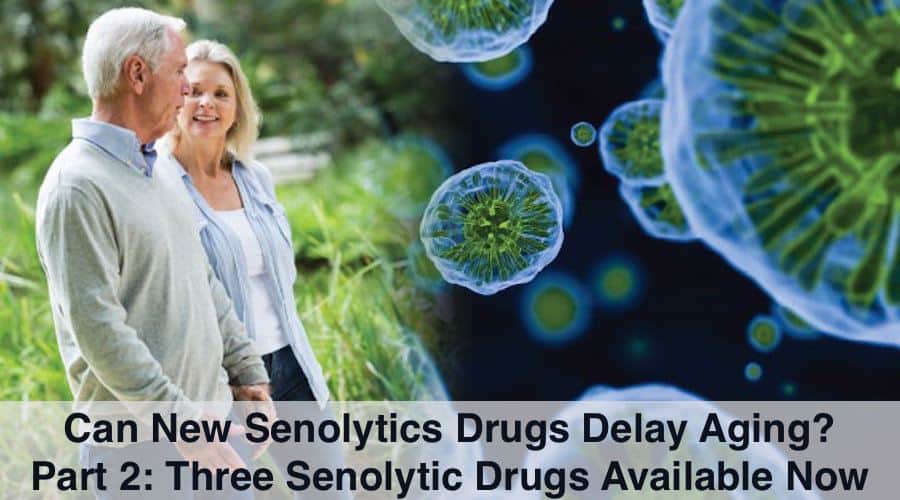 AS PRESENTED in Part 1 of this two-part treatise, scientists have been testing the effectiveness of a class of small molecules called Senoltyics to see if they can kill off senescent cells and thereby improve human healthspan and perhaps even lengthen lifespan.

Why would killing senescent cells make you healthier and possible increase your lifespan?

Because senescent cells can cause a broad range of aging-related chronic health issues like diabetes, cardiovascular disease, cancer, dementia, arthritis, osteoporosis and frailty. Though they’re not dead, senescent cells have stopped dividing, remain metabolically active and can damage healthy cells. (1)

Thus, if zombie-like cells can be coaxed to the graveyard, our health could possibly be much improved, particularly as we age.

Part 1 described the seminal 2015 study lead by Dr. James Kirkland that demonstrated how age-related damage evoked in mice was reversed by one dose of a Senolytic drug that selectively induce apoptosis (death) of senescent cells.  And now human trials are underway.

The pharmaceutical drugs used in mice models are not available to us, but three other “drugs” used in the studies with Senolytic characteristics are widely available, because they’re really supplements, not drugs, leading to the question:

Does it make sense to begin supplementing with Quercetin, Piperlognunmine and Fisetin just in case their Senolytic properties are sufficiently robust to delay aging?

In this article, we’ll cover:

Some Senolytic Drugs Are Really Supplements

Wikipedia tells us that the term “senolytic” comes from the words “senescence” and “lytic”, which means to destroy. Senolytics are among the class of small molecules being researched to see if they can selectively induce death of senescent cells with the objective to delay, prevent, alleviate, or reverse age-related diseases. (2) 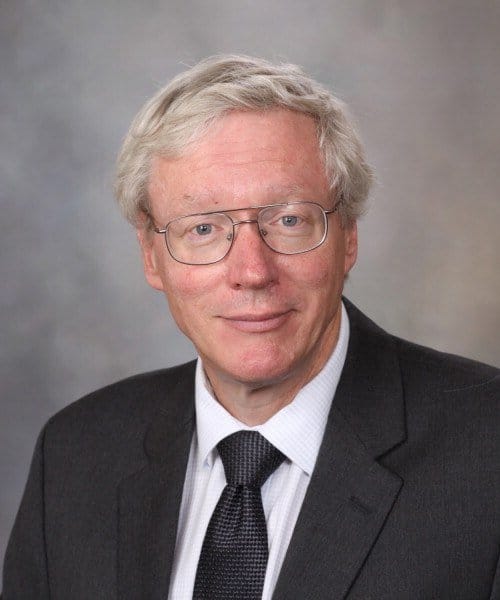 Dr. Kirkland and his team used a combination of the following Senolytic drugs and supplements in their mouse study (3):

Those last three listed above are not Senolytic drugs, but rather supplements with Senolytic properties.

We view this study as a big, first step toward developing treatments that can be given safely to patients to extend healthspan or to treat age-related diseases and disorders. When senolytic agents, like the combination we identified, are used clinically, the results could be transformative.  (4)

To which Dr. Kirkland added:

The prototypes of these senolytic agents have more than proven their ability to alleviate multiple characteristics associated with ageing. It may eventually become feasible to delay, prevent, alleviate or even reverse multiple chronic diseases and disabilities as a group, instead of just one at a time. (4)

The “senolytic agents” mentioned in the above quotes include the supplements, which oddly, are referred to as “senolytic drugs”, along with the other drugs, which really are drugs, as in pharmaceutical drugs.

OK, this is all good and leading in the right direction, given the planned human trials, but, again, does it make sense to use the supplements (e.g: those other three senolytic drugs) that, apparently, the researchers used along with the drugs, given that they all had Senolytic properties?

It makes no sense to take these three supplements with Senolytic properties in order to get rid of your senescent cells, simply because there’s no evidence that they alone (without the other drugs) will accomplish that.

But there’s a nuance:

If any of the three supplements provide other health benefits, why not take them anyway?

Let’s look at each of the three supplements and make that determination.

Quercetin is a bioflavonoid found in fruits and vegetables, the highest levels being in apples and onions.

Quercetin is neuroactive, with some of the same abilities as caffeine but less potent, and like many other bioflavonoids, it has anti-oxidant, anti-artherogenic, and anti-carcinogenic properties. (5)

I’d like to draw your attention to two articles that extol the many benefits derived from Querctin supplementation written, respectively, by Dr. David G. Williams and Dr. Josh Ash.

In his article published by Prohealth, Dr. Williams makes these points:

Dr. Axe delves deeper into the Quercetin waters.  His deep dive covers what it is (a flavonoid antioxidant), how it works (an antioxidant that reduces free radical damage), dosage recommendations (up to 500 milligrams daily) and lists seven proven benefits; namely:

If any of that seems groovy, check out Dr. Axe’s Quercetin article.

Note this: There is a divide between the effects seen in Quercetin in in vitro (cell cultured) studies and in vivo (in living) studies. The cell studies show great results not replicable in humans or animals. The reason may be due to Quercetin having low oral bioavailability (little absorbed and put to use), but could also be due to in vitro studies using a form of Quercetin called “quercetin aglycone”. This particular form of Quercetin is never found in the blood, even after ingested, as it gets biotransformed in the liver.

My suggestion: Consider supplementing with Quercetin if you have any of the aforementioned health issues, particularly those associated with heart disease, herpes or allergies.  Prohealth’s Quercetin Bromelan Complex contains quercetin dihydrate, rather than quercetin aglycone, along with pineapple enzyme, bromelan and magnesium.

The Piper longum fruit (sometimes called Indian Long Pepper) was first written about by Hippocrates, who described it as a medicament rather than a spice, and has been used in traditional medicine, including the Ayurvedic system of medicine, for centuries.

P. longum is a small shrub with a large woody root and numerous creeping, jointed stems that are thickened at the nodes; the fruit of which contains a large number of alkaloids and related compounds, the most abundant of which is piperine, a source of black pepper, and the other main alkaloid being Piperlonguminine. 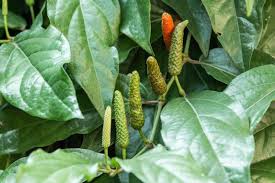 There’s a long list of ailments that Piperlongumine is said to heal, such as chronic bronchitis, asthma, constipation, gonorrhea, paralysis of the tongue, diarrhea, cholera, chronic malaria, viral hepatitis, respiratory infections, stomachache, bronchitis, diseases of the spleen, cough, and tumors. When applied topically, it soothes and relieves muscular pains and inflammation. (6)

According to the Journal of Acupuncture and Meridian Studies, P. longum has demonstrated remarkable effects against cancer, inflammation, depression, diabetes, obesity, and hepatotoxicity. The plant markedly improves microbial infections, cardiac disease, and protects against the effects of radiation.

All that said, when you research the beneficial health effects of Piperlonguminine, the number of studies indicating it could be a useful intervention for various forms of cancer exceed all other uses; the second being stress:

(Check out the footnotes for cancer or stress for more information.)

Consider supplementing with Piperlongumine if you may have a genetic propensity to, or are concerned about cancer, or simply want to use it as a healthy substitute for pepper.

Fisetin: brain health and much more

Fisetin, is a plant polyphenol from the flavonoid group. It’s found in many plants, fruits and vegetables, such as strawberries, apples, persimmons, onions and cucumbers.

It’s unsurprising that those Mayo Clinic researchers believe Fisetin has Senolytic properties, given that the long list of health benefits attributable to this polyphenol.

The Life Extension Foundation posted an article this summer (July, 2017) that dug into some of the research on Fisetin, as well as an article in The Journals of Gerontology, which reported a reduction in aging-related inflammation and cognitive decline in mice given Fisetin. 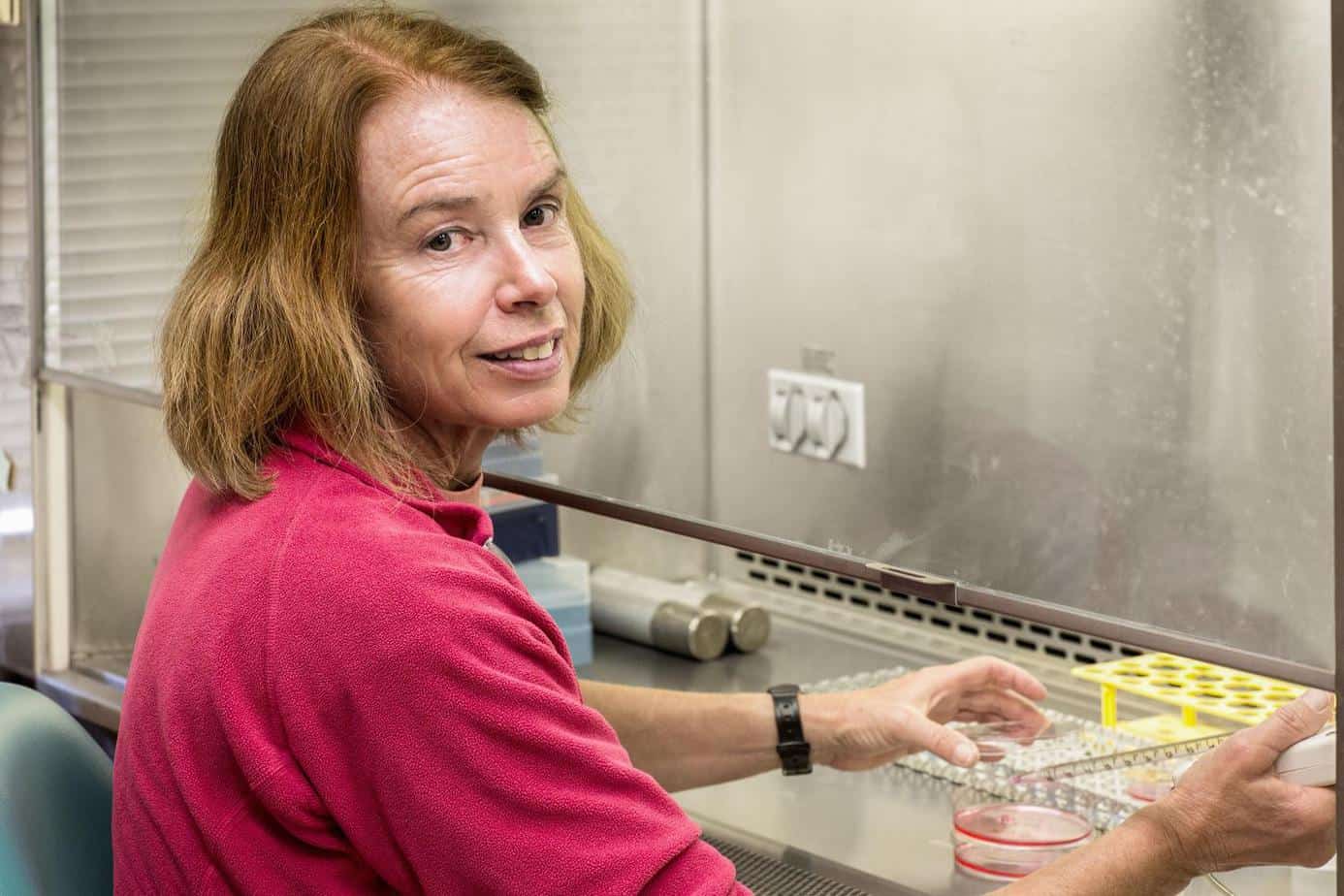 Mice are not people, of course, but there are enough similarities that we think fisetin warrants a closer look, not only for potentially treating sporadic Alzheimer’s disease but also for reducing some of the cognitive effects associated with aging, generally.

Companies have put Fisetin into various health products but there hasn’t been enough serious testing of the compound. Based on our ongoing work, we think Fisetin might be helpful as a preventative for many age-associated neurodegenerative diseases, not just Alzheimer’s, and we’d like to encourage more rigorous study of it. (12)

Cognitive benefits are just one of 15 science-based benefits of Fisetin reported by Joe Cohen on his website, SelfHacked.  I’ll list them below, and you can go here to read up on those of interest:

Sounds too good to be true, but again, if you want to potentially get some Senolytic advantages before they’re proven for humans, you might as well try a Senolytic supplement like Fisetin.

Consider supplementing with Fisetin if you may have a genetic propensity to, or are concerned about cognitive issues, such as Alzheimer’s or demential, or something else on that above list of 15 is compelling.

If you’re mouse, it’s pretty much been proven that various combination of Senolytic drugs can improve healthspan and even reverse various markers of aging.

If you’re a human, this might also be true, which upcoming human trials are set to determine.

It will take a long time to study Senolyic drugs in humans and longer still to market those that are proven, but right now you can consume three of the “Senolytic drugs” studied in mice populations, because they’re really not drugs, but supplements.

There are two reasons why you might choose to do this:

Dr. David Sinclair Supplements For A Long and Healthy Life