How To Save Your Eyesight From Aging (with Supplements)

You can save your eyesight from age-related macular degeneration (AMD) with specific supplements supported by scientific research (and perhaps with 30 minutes of walking). 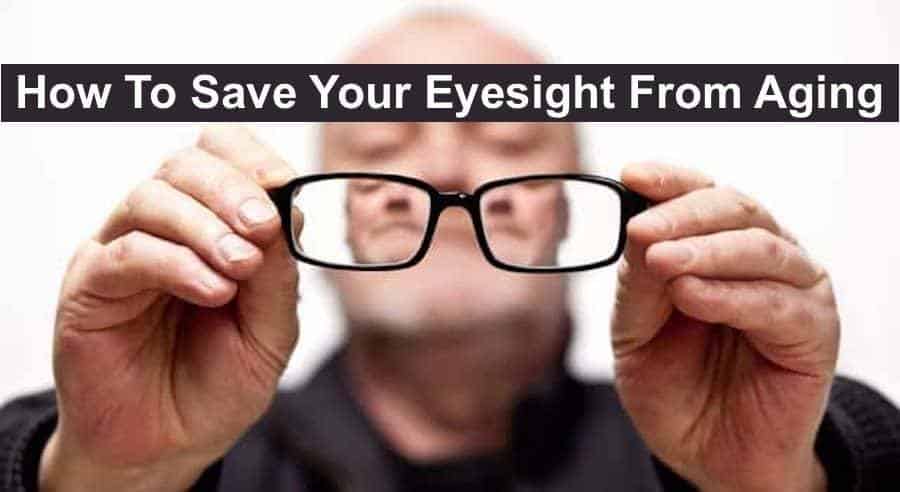 MY EYES were so tired that my head hurt. It was from the many hours I had stared at my computer screen over the last few days. “If this continues”, I muttered to myself, “I’m going to become one of those people squinting at restaurant menus as I search for my glasses.”

Right about then, I saw an email pop into my inbox from the Dr. Oz-affiliated website, Sharecare. The subject title: “2 ways to save your eyesight from aging”. I’m not too fond of the advice dispensed by Sharecare, because I think it’s so basic, so my immediate thought was, “Yeah, they’ll say something like, ‘go take a walk’.”

That’s exactly the first suggestion offered, and I quote:

“…people who walk at least three times a week are less likely than couch potatoes to develop that advanced form of AMD [age-related macular degeneration] known as wet AMD.” (1)

Now, I’m not saying that walking isn’t helpful to improve AMD, among other health-related things, it’s just the timing of this advice to my sense about Sharecare’s pedestrian bromides made me laugh.

So, I looked around and found what the pros have to say about it. Seems like I’ve been on the right track, and now you will be too. Read on to learn how to save your eyesight from aging.

What Is AMD and How Might It Affect You?

AMD is the acronym for age-related macular degeneration. If there ever was a self-explanatory term, this is it:

The American Academy of Ophthalmology describes it like this:

“Age-related macular degeneration (AMD) is a problem with your retina. It happens when a part of the retina called the macula is damaged. With AMD you lose your central vision. You cannot see fine details, whether you are looking at something close or far. But your peripheral (side) vision will still be normal. For instance, imagine you are looking at a clock with hands. With AMD, you might see the clock’s numbers but not the hands.”

OK, you got the description of AMD and saw its depiction, but there’s nothing like video:

You’re more likely to develop AMD if you:

So, what are the odds for you? 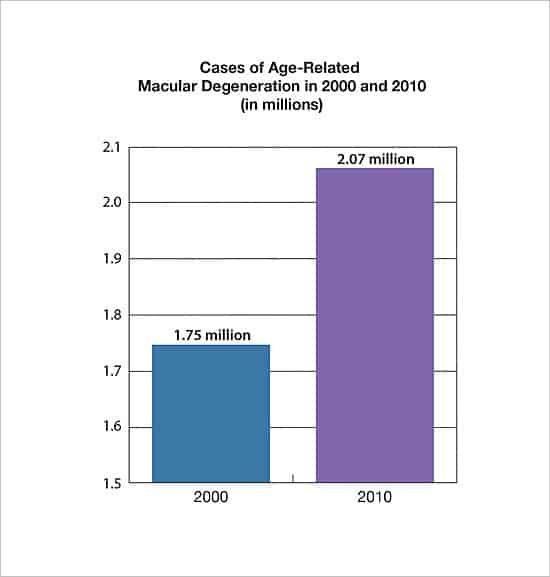 Not a pleasant picture, but 18% is a lower risk potential than our chances of getting heart disease (over 50%) or cancer (about 50%). Nonetheless, why not do something to reduce your odds of getting AMD (or improving the condition) if it’s simple to do — and it just might be!

Although your chances of getting age-related macula degeneration increases as you age (particularly if you’re Caucasian), they’re lower than heart disease or cancer — but it’s also easier to prevent, so there’s no reason not to save your eyesight from aging.

How To Save Your Eyesight by Preventing or Possibly Reversing AMD

That Sharecare email I mentioned featured Dr. Michael Rosen, a sidekick of Dr. Oz and often seen on his TV show.  Here’s a summary of what Dr. Rosen had to say:

Dr. Rosen is a medical doctor, one focused on anti-aging, and I don’t dispute his advice. I just think there’s more you can do to reverse or prevent AMD than he covered, at least early and intermediate onset AMD; and the research backs up this assertion.

Researchers at the NEI found that daily intake of certain high-dose vitamins and minerals can slow progression of the disease in people who have intermediate AMD, and those who have late AMD in one eye.

These are the vitamin supplements the NEI suggests to save your eyesight from aging:

Alas, I may now know the secret to my good eyesight, despite staring at screens all the time and, no, I don’t particularly think it’s due to walking about two miles each day.

Nor to I think that my good eyesight is due to the basic vitamins I take, such as those listed above, except for lutein and zeaxanthin — they make a difference, but perhaps not as much as astaxanthin.

It is believed that lutein, zeaxanthin and meso-zeaxanthin in the macula block blue light from reaching the underlying structures in the retina, thereby reducing the risk of light-induced oxidative damage that could lead to macular degeneration (AMD). (2)

Yes, “meso-zeaxanthin” is a new one to me. I just learned that it’s one of the three naturally occurring macular carotenoids found in nature: lutein, zeaxanthin and meso-zeaxanthin. (3)

But what about astaxanthin?  Sure sounds a lot like zeaxanthin.  So what’s the difference and why add it to the AMD-prevention arsenal?

Most advice you get about preventing or diminishing AMD doesn’t mention astaxanthin, perhaps because unlike the other cartoneiods, it isn’t a macular caroteniod like zeaxanthin, meso-zeaxantin and luten .  (Caroteniods are pigment compounds responsible for the bright color of some fruits, vegetables and seafood.)

Does that suggest that astaxanthin doesn’t have a role in helping with AMD?

Not according to Dr. Joseph Mercola.  In this article,  Astaxanthin: The Most Powerful Nutrient Ever Discovered for Eye Health, he offers this summary of his findings on the matter:


Dr. Mercola’s assessment jibes with what I’ve read on the matter, and why astaxanthin nestles nicely in my box of commonly used supplements, and why, as I’ve said, I think its had a role in my good eyesight.

You need not only get astaxanthin from krill oil, or other fishy things, as you can buy it all by itself. A brand highly ranked by Amazon.com also happens to be what I use, BioAstin Hawaiian Astaxanthin.

Certain vitamin supplements, particularly those containing carotenoids, can help prevent or improve AMD. Astaxanthin is seldom mention among those supplements that can help with AMD, but its an important addition, not only to help save your eyes from aging, but for many other health-related issues.

Before you head off to the horizon, read my article, How To Improve Your Eyesight Naturally At Any Age. 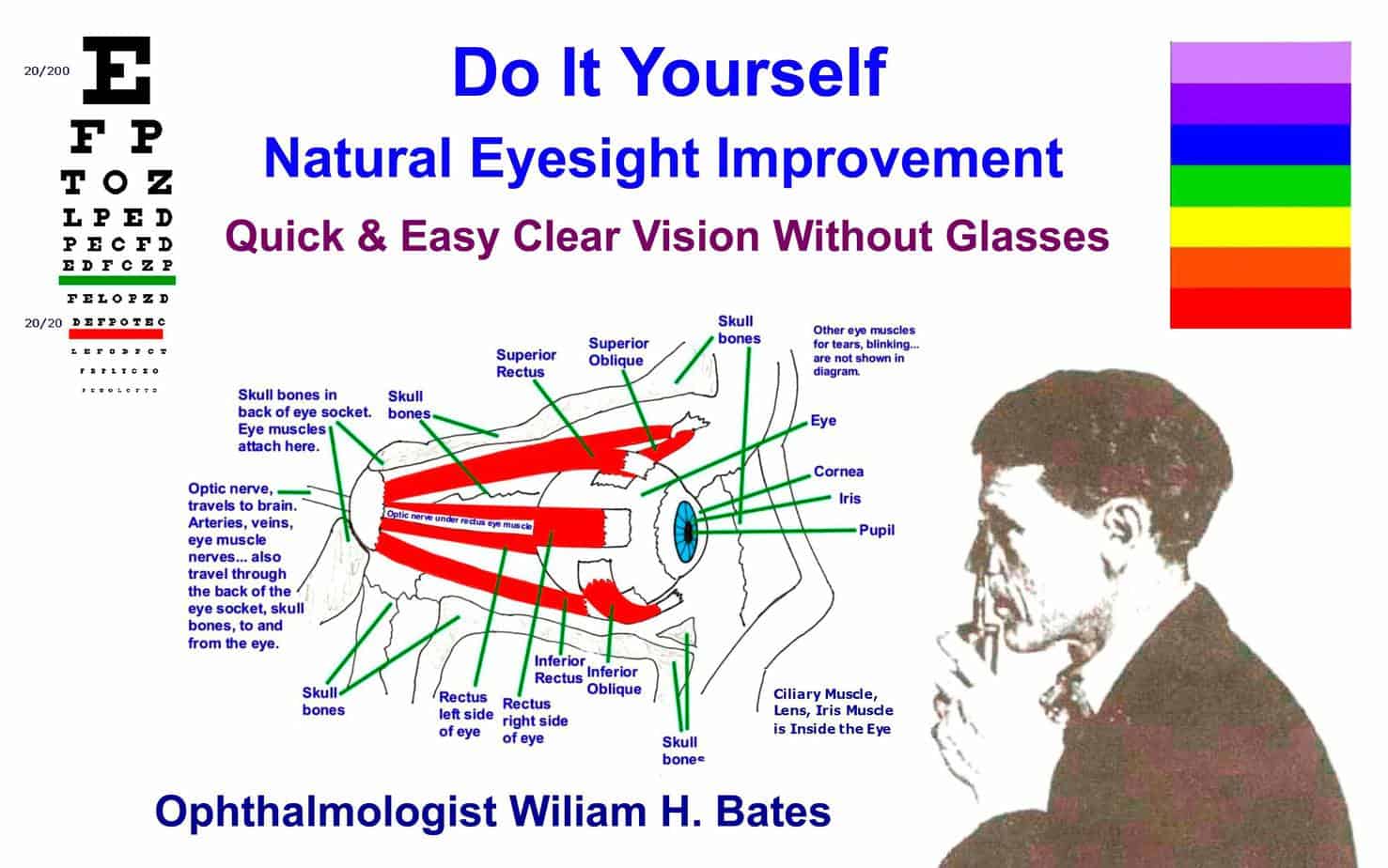