The Seriously Serious Problems of Obesity, Part 5 of 5 — Obesity and Sleep Apnea

Part 5 of a 5 part series: Obesity and Sleep Apnea.

In this last part of a five-part series about the many chronic and debilitating health issues connected to obesity, the focus is on obesity and sleep apnea.  Please scroll to the bottom of this post for the list (and links) to the other posts in this series. 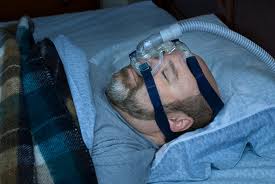 IF YOU’VE been reading the other posts in this series of five, by now you’re wondering if the solution to every aliment to beset mankind is to lose weight.

Well, to the extent that we experience everything on Planet Earth via our bodies and our bodies must be healthy to have a good experience of such… then, yeah, maybe if you’re obese, the solution to having a better experience of life is to lose weight.

Take sleep for example.  How glorious is the experience of a good night’s rest!  We spend about a third of our existence sleeping, so why not make it a great experience? Especially since if you’re chronically a poor sleeper, you’re in trouble.

Sleep apnea is a disorder where you actually stop breathing for an extended period of time during sleep and must wake up to breathe again, although most of the time you don’t realize you’ve awoken.

If you more than five such incidents per hour during sleep, it’s considered a sleep apnea disorder. Severe cases can result in hundreds of such incidents each night.

WebMD says that sleep apnea is a disorder that causes loud snoring and sleep disruptions resulting from the temporary blockage of the airway during sleep. If untreated, sleep apnea increases the risk of high blood pressure, stroke, and heart disease.

In that aforementioned recent study, researchers measured the effect of weight loss on sleep apnea in 264 obese adults with type 2 diabetes.  The participants were randomly divided into two groups.

One group received a weight loss program with portion-controlled diets and an exercise program of 175 minutes of exercise per week. (Easy, that’s only 35 minutes per day with two days off — just walk around the house a few times.) The second group received no weight loss advice and participated in a diabetes management program.

After one year, the weight loss group lost an average of 24 pounds; the second group lost just over 1 pound, a whopping 0.0027 pounds per day.

Those in the weight loss group were three times as likely to experience a remission of their sleep apnea symptoms (13.6% vs. 3.5%), and had about half the instances of severe sleep apnea as the second group.

3x is a pretty significant and says a lot about the ill effects of sleep deprivation on one’s health.

It’s clear that obesity and sleep apnea are not only connected but that one (obesity) can cause the other (sleep apnea).

And so this unceremoniously concludes the last of a five part series on four chronic, and debilitating health problems resulting from obesity.  From cancer to diabetes, sleep apnea and brain degeneration — these are just a few of the physical travails that many substantially overweight people experience.

Given that about two-thirds of Americans are overweight and half of this group are obese, you can get a feel for the health challenges ahead for way too many people.

What manifests at the physical level often has emotional underpinnings, and none of us have lived very long with unwounded hearts.  So, look kindly on anyone struggling with a physical issue, even if you think it’s their own fault.  And if asked, lend a hand, cause nothing lifts up another person as connecting with someone who cares.

Want to bone up on a new eating plan? Click on “Diet/Nutrition” under “Categories” in the sidebar on the right hand side of your screen.  There are several posts listed there.

Go experiment for the fun of it!

And thus ends the last of my five-part series, The Seriously Serious Problems of Obesity.

These are the titles and links to each of the rest:

The Seriously Serious Problems of Obesity. Intro: Part 1 of 5

Focus: Introduction to the many ills associated with obesity

The Seriously Serious Problems of Obesity, Part 2 of 5

The Seriously Serious Problems of Obesity, Part 3 of 5

The Seriously Serious Problems of Obesity, Part 4 of 5

The Seriously Serious Problems of Obesity, Part 5 of 5

This is the one you may have just read, the focus of which was on obesity and sleep apnea