“The Most Healthy Coffee Is Without Milk”, Says Dr. Greger

The most healthy coffee is drunk without milk, because milk reduces the beneficial phytonutrients contained in certain coffee types. There’s also a question of roasting and filtering. Watch. 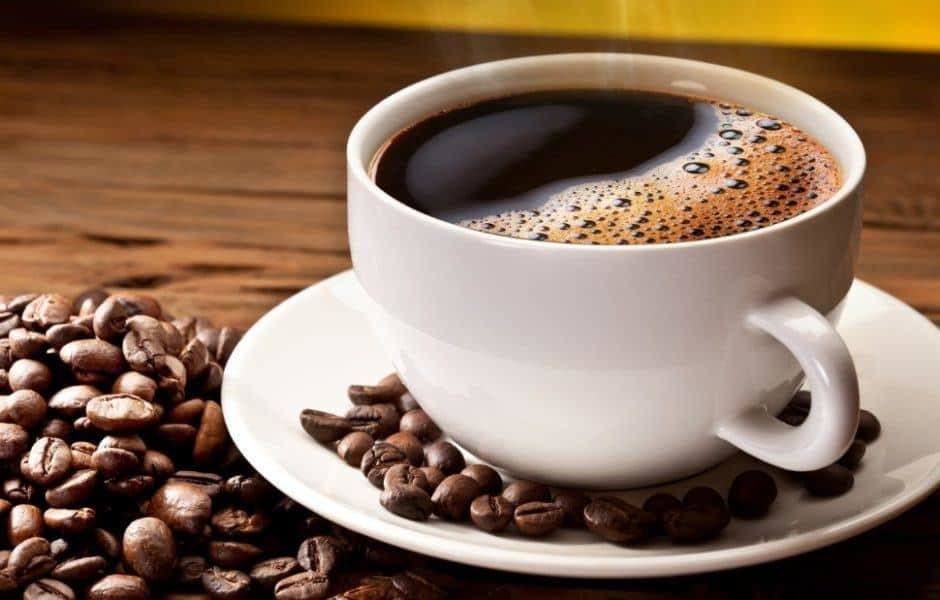 JUST AS with meat and saturated fat, you’ve undoubtedly encountered mixed reviews about the virtues and demerits of coffee.

And what does milk have to do with choosing the most healthy coffee?

Well, like many things that impact your health, the answer is nuanced. It depends on what kind of coffee you’re consuming, how the beans were roasted, how much of it your drinking, how you filter it… and, yes, that milk thing.

Read on to learn to get a sense if your coffee habit is helping or harming your health.

My intent is not to convince you to stop drinking coffee per se.  (As my father was fond of saying, that would be like “pissing in the wind.”) Rather, my intent is to give you the information to make your coffee habit as healthy as possible.

The World Loves Coffee (and Tea)

Another survey of U.S. consumers made in 2017 asked respondents how many cups of coffee they drink on an average day. Some 44% of U.S. said they consume two to three cups of coffee per day on average. (2)

But it’s not just Americans — much of the world loves its coffee, although in Asia, India and Russia, tea dominates.

Much of the world has a love affair with coffee, and so it makes sense to get a clue about how a coffee habit might affect health and to choose the most healthy coffee. The clue finders we’ll rely on are Dr. Michael Greger and the studies he’s compiled, and well-researched Healthline report.

Is Bulletproof Coffee Bad for You?

There’s been much debate about the merits of “bulletproof coffee”. It sure tastes good, but is it good for you?

For those unacquainted with bulletproof coffee, it’s organic coffee that is grown at high elevation, sun-dried, then made into a cup of joe by blending the coffee with butter and coconut butter (or MCT oil, derived from coconut oil).

I tried it for a year. I liked it. My LDL went up. I stopped drinking it.

Healthline reports three reasons bulletproof coffee is not your friend:

Given that a big reason people like is that with all that fat in the coffee, you don’t get hungry in the morning and thus can skip breakfast. Unless your breakfast it Pop Tarts, it’s likely that the breakfast you’d be skipping has more nutrition than coffee + butter + coconut oil.

(2) Saturated Fat Should Be Eaten In Moderation

Recent studies show that it’s no longer thought to be the villain it once was, but saturated fat should be consumed in moderation. (3, 4, 5). Those studies were done on people consuming “normal” amounts, not tablespoons a day of coconut oil plus butter.

(3) Some People On BP Coffee Get Elevated Cholesterol

Suggestion: Drink bulletproof coffee sparingly, or dump it altogether if your LDL is already high. Certainly, it’s not the most healthy coffee for you.

OK, so you’ve dumped the bulletproof coffee… does that mean there’s no longer any cholesterol worries associated with coffee consumption?

Dr. Michael Greger collected the data, and what he found is that it’s best to prepare your coffee in a way that minimizes a molecule called “cafestol“.

Cafestol contains the cholesterol in coffee. There are types of coffee with high and low levels of cafestol depending on how the bean is roasted.

Recently, it was thought that:

Those claims remain mostly true, but have been refined through further study. Now it’s thought that:

What About Milk In My Coffee?

This is very interesting.

Some of you may prefer your coffee “black”, but judging by the mind-boggling plethora of different types of milk-added options available at Starbucks and other cafes, it’s likely that most people add milk of some sort.

I used to add two tablespoons of milk in a six ounce cup of joe. Don’t anymore. This video tells the tale:

For those of you who did not watch the video, know this:

Did you catch the part about how phytonutrient-rich chlorogenic acid in coffee beans are not only lowered by the addition of milk, but also by dark roasting them?

So, it seems you can lower the LDL raising effect of coffee by consuming dark roast, but by doing so reduce the healthy phytonutrients.

Suggestion: There’s a bit to unpack here, so:

A Note About Tea with Milk

Drinking black tea provides you a significant improvement in vascular function within hours, whereas addition of milk completely blunted the effects of tea. Researchers blame this on casein, one of the milk proteins that bind up the tea phytonutrients. Also noteworthy: It’s likely that putting cream on berries has the same effect on berry phytonutrients –or chocolate! Eat milk chocolate, and nothing much happens to the antioxidant power of your bloodstream. But eat dark chocolate, and get a nice spike within an hour of consumption.

Can Coffee Affect Your Healthspan/Lifespan?

It depends on how old you are, among other things, reports Dr. Greger.

Studies have shown many potential benefits to coffee consumption. For those infected with hepatitis C, for example, drinking coffee may reduce DNA damage, increase the clearance of virus-infected cells, and slow the scarring process, which may help explain coffee’s apparent role in reducing liver disease progression risk.

Coffee consumption seems to be associated with about one-third lower risk of Parkinson’s. The key ingredient appears to be the caffeine, since tea also seems protective and decaf coffee does not. Giving Parkinson’s patients the caffeine equivalent of two cups of coffee a day much improved movement symptoms within three weeks.

The National Institutes of Health–AARP Diet and Health Study (the largest-ever prospective study conducted on diet and health) found some contradictory results depending on age.

Those who drank six or more cups of coffee per day had a 10 to 15% lower mortality rate due to fewer deaths from heart disease, respiratory disease, stroke, injuries, accidents, diabetes, and infections.

However, when a study looked at people 55 and younger, the opposite effect was found: Drinking more than six cups of coffee daily was found to increase the risk of death.

Based on all the best studies to date, coffee consumption may be associated with a small reduction in mortality, on the order of a 3% lower risk of premature death for each cup of coffee consumed daily.

We used to think caffeine might increase the risk of atrial fibrillation, an irregular heart rhythm, but studies dispelled that myth. Moreover, “low-dose” caffeine, defined as drinking fewer than about six cups of coffee a day, may even have a protective effect on heart rhythm.

Harvard University researchers found that people who drank two or more cups of coffee daily appeared to have about only half the suicide risk compared to non-coffee drinkers, and a Kaiser Permanente study found that people who drank more than six cups a day were 80% less likely to commit suicide, though drinking eight or more cups daily has been associated with increased suicide risk.

Coffee is not for everyone, though. People with glaucoma, epilepsy, and gastroesophageal reflux disease (GERD) may want to stay away from caffeinated coffee.

Suggestion: Reduce your coffee consumption if it amps you up, makes you jittery, gives you sleepless nights or if you have a chronic disease which coffee doesn’t seem to be helping. Try green tea instead.

Your Most Healthy Coffee Takeaway

The whole coffee thing is confusing in terms of its health effects, especially when trying to choose the most healthy coffee to drink. There’s probably some sweet spot on how much you drink, how it’s prepared and how the coffee beans were roasted, but getting to that sweet spot is problematic AND is likely to be different for each of us to some degree.

Of course, you could give a nod to your coffee habit with one cup in the morning and then drink green tea thereafter, which is what I do.  If that’s an option for you, I recommend MatchaDNA, and Jiaogulan AMPK Activator. You can learn more about the benefits of teas like these in my article, 9 Reasons to Drink Green Tea.

For those of you who drink coffee, remember these four things

For more on the coffee debate, check out my article, Why Coffee Is Bad and Good For You. 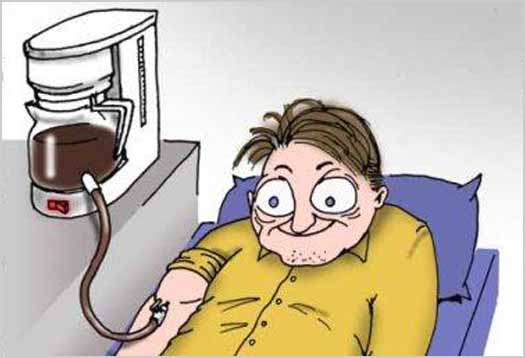 Is coffee good or bad for you?
Share. Someone you know will be thankful.