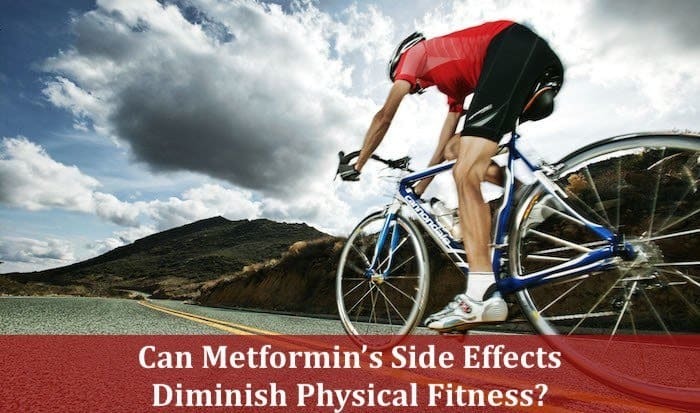 The popular diabetes drug metformin is being studied for its potential not only to lower blood sugar, but to extend your healthy lifespan. But new evidence suggests that there are some metformin side effects that may diminish your hard-earned physical fitness. Metformin user Dr. Peter Attia weighs in.

Metformin has been on my radar for a few years now. But before I add it to my anti-aging regime, I want to wait for some human trials that are underway to be finished and published, simply because I don’t want to take a drug unless the benefits are overwhelming and the risks are few.

Yes, there are clearly identified metformin side effects, such as stomach aches, muscle pain and fatigue, but most people don’t experience them much, if at all. (Here’s a list.) Personally, those potential issues don’t faze me, should metformin prove to be the useful anti-aging drug that the evidence so far has suggested.

One particular study says that some metformin side effects could diminish the hard-earned benefits of exercise. That’s very disconcerting to me.

In this post, I’m going to examine the potential dilemma about metformin side effects as it relates to exercise. To aide me in this endeavor, I’ll refer to:

Peter Attia is among my favorite anti-aging experts for three reasons: (1) He’s a medical doctor that keeps himself up to date with the latest science on aging; (2) He practices what he preaches, given his experiments with monitoring/controlling blood glucose, intermittent fasting and resistance training; and (3) He articulately informs the people about how they can improve their own anti-aging regimen. (See the five blood tests Dr. Attia recommends you take.)

Since I’m on Peter Attia’s email list, I received one from him sent to his subscribers on June 23, 2019 that was an eye-opener for me, because he alerted me to a potentially significant metformin side effects that I did not know about.

Ever since I’ve learned and wrote about the potential anti-aging benefits offered by the diabetes drug metformin, I’ve considered taking it myself.  In addition to Dr. Attia, many smart people who have studied metformin have added it to their anti-aging arsenal, including Dr. Nir Barzilai, probably the foremost expert on metformin, Dr. David Sinclair, of sirtuins/NMN fame, and brain surgeon Dr. Brett Osborn (see his supplement stack). 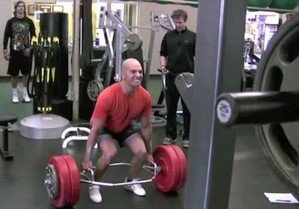 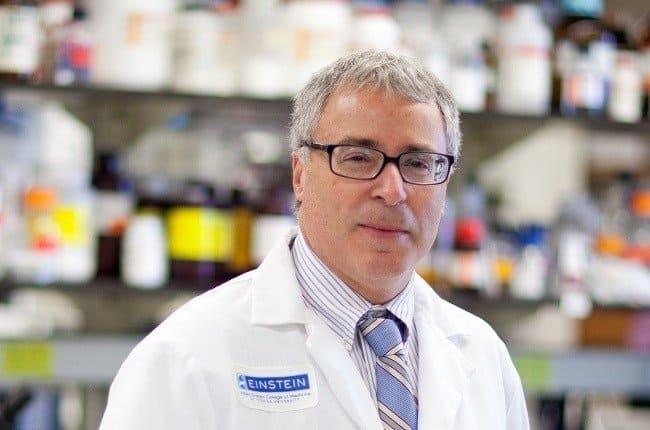 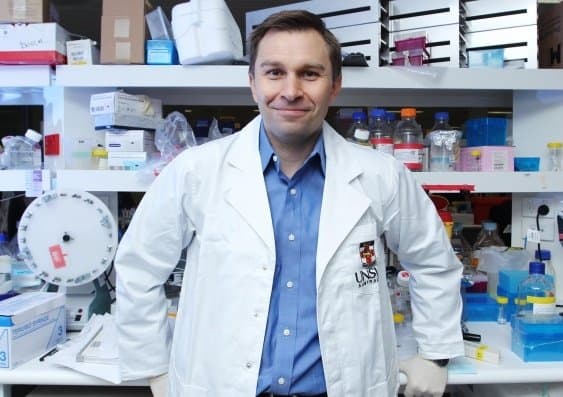 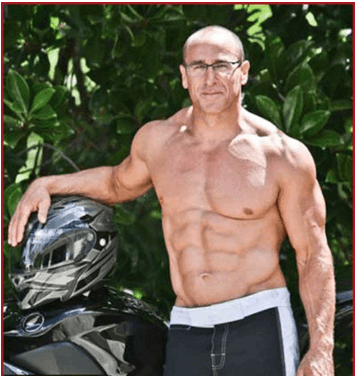 The Experiment On Exercise-induced Metformin Side Effects

As I’ve extensively written about on this site, among the most important things you can do to extend your healthspan, and possibly lifespan, is to exercise frequently and with vigor! As Peter Attia put it in his email:

That picture of Peter dead lifting over 300 pounds (136 kilos) is apropos to his (and my) admonition that in order to move the dial on life extension, you need some intensity in your exercise some of the time. Thus, imagine my confusion when a well-designed study says that a drug now being used for potential life extension benefits may blunt the health benefits of exercise in healthy older adults. I mean, I’m not taking metformin, but I thought I wanted to, so what the heck is going on here?

In addition to rapamycin, sirtuin enhancers and senolytics — metformin is probably the drug that many researchers in the longevity field would report as the most likely interventions for slowing aging and/or increasing healthspan, aside from nutritional manipulation and caloric restriction. It’s then reasonable to assume that combining metformin and exercise may produce better results than employing either approach alone. But that’s not what the study I referenced earlier concluded.

Here’s how the experiment was conducted:

Here are some specific results of the study, as reported by Gretchen Reynolds of the New York Times…..

Everyone got healthier overall

To no one’s surprise, by the end of the 12 weeks most of the volunteers had better aerobic fitness, blood-sugar control and insulin sensitivity than before. Each of these physiological changes would be expected to improve how well the volunteers aged.

But the health improvements lagged in the metformin group

The men and women taking metformin gained less fitness, upping their endurance by about half as much as those swallowing the placebo. Many of those taking the drug also showed slighter, if any, improvements in insulin sensitivity. (Hardly anyone’s weight changed much, in either group.)

And mitochondrial function was superior in the placebo group

The muscle cells of the exercisers on placebo teemed with active mitochondria, which are the cells’ so-called “energy factories”. Mitochondria transform oxygen and sugar into cellular fuel in a process referred to as mitochondrial respiration. Higher respiration generally means better cellular health.

Yes, it appears that, in effect, metformin had road-blocked the normal exercise-related gains in muscle-cell mitochondrial respiration.

Turns out, this wasn’t the first study to show that metformin can lower the exercise-induced improvements in cardiorespiratory fitness and insulin sensitivity in people without diabetes; a 2010 and 2012 study had similar findings. Not only that, preliminary findings indicate that metformin may inhibit skeletal muscle mass gains in response to resistance training in the elderly. That means we’re talking about metformin reducing the positive effects of both cardiorespiratory fitness (anaerobic and aerobic conditioning) and muscle-building exercise (resistance training, such as calisthenics and weight lifting).

Can You Reduce The Exercise-robbing Metformin Side Effects?

What do you do with these findings that suggest metformin blocks exercise-induced benefits among individuals in their sixties by somehow interfering with their adaptation to exercise?

Thankfully, and unsurprisingly, Dr. Peter Attia has an insightful perspective on the matter, which has to do with the short versus long-term responses to inflammation and oxidative stress.

Metformin is known to be anti-inflammatory and reduces reactive oxygen species (ROS) and oxidative stress. This is a good thing from a long-term, “chronic” (think, long-term) perspective, which is why research scientists like Dr. Nir Barzilai are studying metformin as an anti-aging drug. Metformin is thought to be able to help improve blood glucose levels, reduce systemic inflammation and oxidative stress.

(For an explanation of the image, go to its source.)

However, from an “acute” (think, short-term) perspective, exercise is also pro-inflammatory and ROS-promoting. Why then is exercise good for you? In part, it’s due to mitohormesis, whereby “exercise-induced oxidative stress ameliorates insulin resistance and causes an adaptive response promoting endogenous antioxidant defense capacity”, says a 2009 study on the subject of exercise, ROS and antioxidants. (Read my article on why it’s unhealthy to take too many antioxidants.) 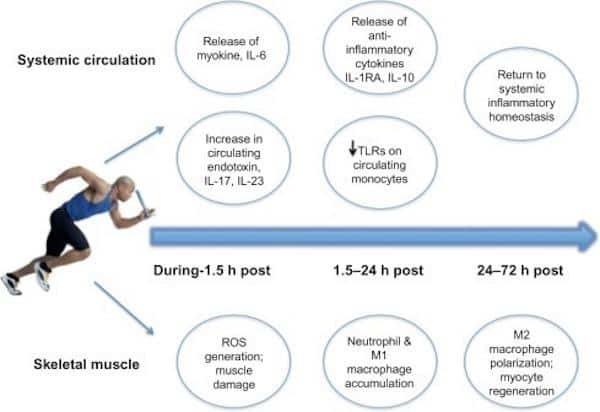 (For an explanation of the image, go to its source.)

What that means in layman’s terms is that some stress is good because your body’s innate response to it makes you stronger. Two perfect examples of this (which you know as hormesis — that which doesn’t kill you makes you stronger) are inoculations and muscle building. To inoculate you against disease, a tiny bit of the disease is given to you in order to stimulate your body’s innate capacity to build immunity to it. To build larger and stronger muscles, you must first damage them a bit with the micro tears caused by working the muscles against resistance, such as lifting weights.

Thus, what Dr. Attia suggests is that metformin may be preventing the typically expressed exercise-induced benefits of exercise by blocking the momentary surge in ROS and insulin resistance.

Given all this, the relevant question is:

If you’re a relatively healthy person that exercises regularly and takes metformin, or wants to, as an anti-aging drug, should you continue taking metformin or plan to do so?

Peter Attia’s answer to this question distills down to, it depends on the individual.

There was a high amount of variability in the metformin group in their response to exercise-induced adaptations. In Peter’s case, given his experience of seeing slightly higher lactate levels during zone 2 training (which reduces exercise capacity and suggests less mitochondrial efficiency), he has reduced his dose of metformin. He didn’t reveal his dose, but now only takes it in evening in an effort to reduce the amount of metformin in his system when awake and exercising. (Note: metformin dosage for non-diabetics are typically less that that prescribed for diabetics, which may begin at 500 mg of twice a day.)

I’ll end by underscoring Dr. Attia’s parting thought on this topic, which is:

“Maybe there’s an optimal dosing, timing, and scheduling of metformin, fasting, nutritional makeup, and exercise that’s superior to placebo. Maybe not. And it depends on your makeup and your individual response. As they say in the sports world, that’s why they play the game. While it can be frustrating not having the answers, to paraphrase Richard Feynman [a famous physicist and Nobel Laureate], there’s a pleasure in finding things out.”

Stay tuned for more on this as more evidence surfaces, which is what I’m going to do before indulging in using metformin for anti-aging purposes.

In the meantime, I encourage you to read about some other advances being made with potential anti-aging drugs/supplements: