Science shows that a meditation practice can help make you live longer and healthier. Here are four studies that prove it, and a sample video and soundtrack to get you on your way. 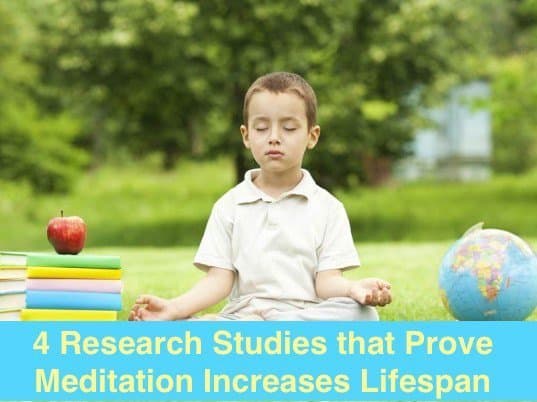 IT’S NOT difficult, this meditation thing. We’re not talking sitting still in the lotus position for 12 hours like some Buddhist monk. Hell, you might not even look good in a saffron-colored robe, not to mention that bald head.

Like everything else in life, there are degrees of difficulty, and fortunately for us when it comes to meditation, a little can go a long way in making you go a long way.

There are lots of definitions of meditation. “Mindfulness” has become a popular term; I think because it doesn’t have some of the baggage that some ascribe to meditation.

In the past, some religious people thought that mediation was some religious practice done by the blasphemous – meaning people of some other religion than theirs. Prayer was their meditation, if they prayed at all, though they would never contemplate or accept the similarity.

You can do it for 10 seconds or 10 hours, sitting or standing (even walking), using your breath, a mantra, an image, or a movie played in your mind’s eye.

You can do it standing on your head.

However you meditate, the only rule is focused attention… your mind must be full of whatever is your intention. 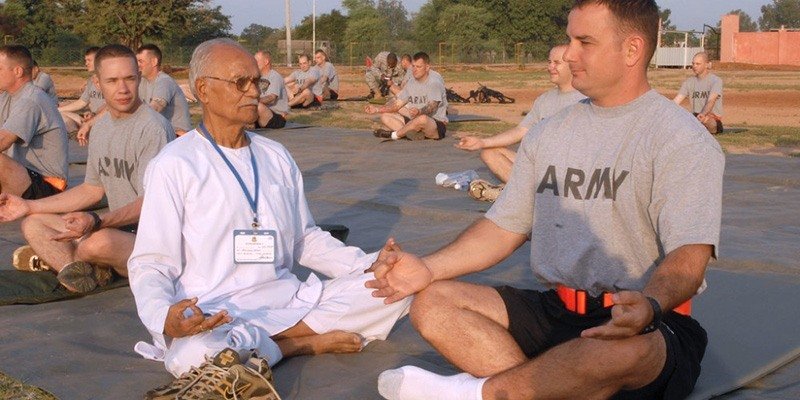 Change your bodymind by controlling your breath

They don’t drop their weapon, sit cross-legged and begin chanting. No, as I wrote in Create Your Day In 5 Minutes, some people in the military and elsewhere have learned the 4x4x4 technique so they can remain calm and focused in extremely dangerous situations.

If meditation can provide calm for soldiers awash in the cauldron of warfare, it can relieve the stresses pressed upon you from living your life.

Moreover, meditation can help make you live longer, healthier and happier too.

I’ve got four research studies to share that will prove this to you:

We’ll get to these studies in a minute, but first I want to share an article I wrote about a year and a half ago entitled, Why Holosync Technology Will Quickly Give You These 10 Benefits of Meditation and More!. Nestled in those ten benefits were five that definitely improve healthspan (the number of years you’re healthy), if not lifespan (the number of years you’re alive); namely:

We’re about to get into aging on the chromosomal level, but I wanted to mention those biological markers above that are more obvious benefits of meditation that you can readily relate to and knowingly experience.

Now, let’s get microscopic, and look deep into our cells for answers to just how meditation can help us live longer and healthier. (We’ll go elsewhere for the happier part.)

We’ll begin with the “two Elizabeths”. 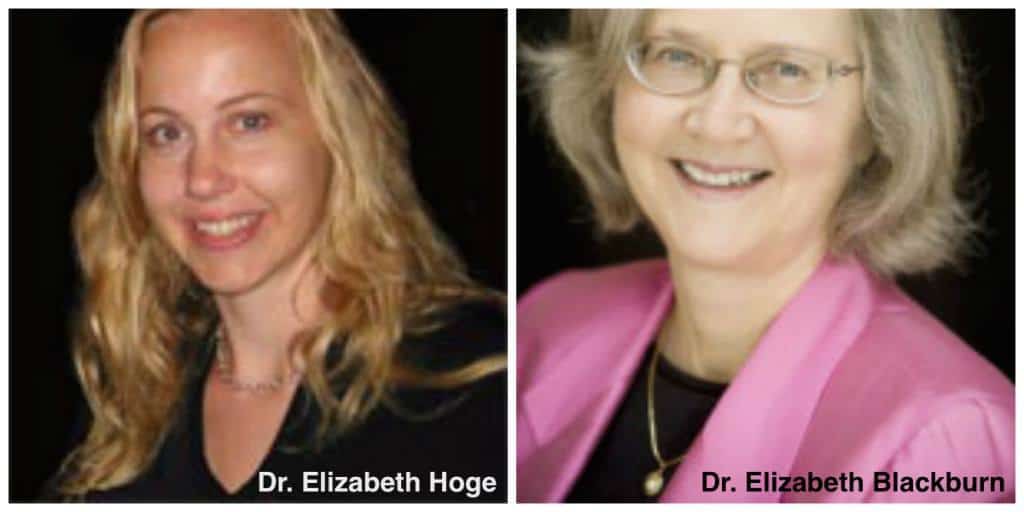 One’s a psychiatrist at the Center for Anxiety and Traumatic Stress Disorders at Massachusetts General Hospital and an assistant professor of psychiatry at Harvard Medical School; the other’s a Nobel Prize winning biological researcher at the University of California, San Francisco.

Reducing anxiety is a good thing, but there’s much more to it, as Dr. Hogue found out when she conducted a study that basically showed the same thing that Dr. Elizabeth Blackburn, the Nobel Prize winter, discovered.

In 2010, Nobel laureate Elizabeth Blackburn and her colleagues published the first study (pdf file) on the effects of meditation on genetic activity.

I wrote about Dr. Blackburn and why she won her Nobel Prize in 2009 in Why Chronic Stress Is The Biggest Super Ager Of Them All, which featured one stressed-out zebra. 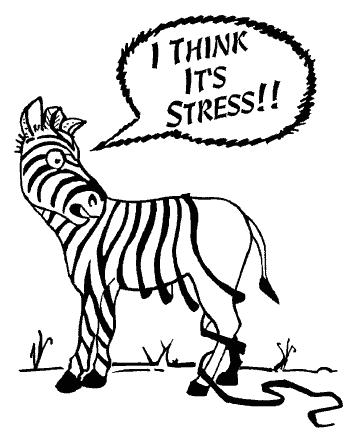 Telomeres are the protective caps on the ends of chromosomes. They get shorter with each cell division, but some in some people get shorter than those in other people. Short telomeres are believed to be markers of accelerated aging. 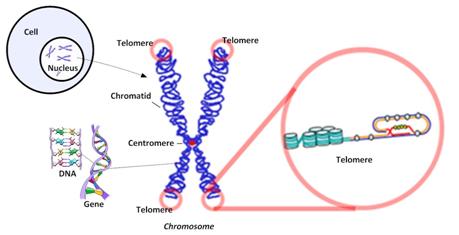 And here’s a graph of world’s largest record of individual telomere lengths produced by a Danish study that tracked 65,000 people over a median of 7 years. (Read aging expert Josh Mitteldorf’s review of the study here.) 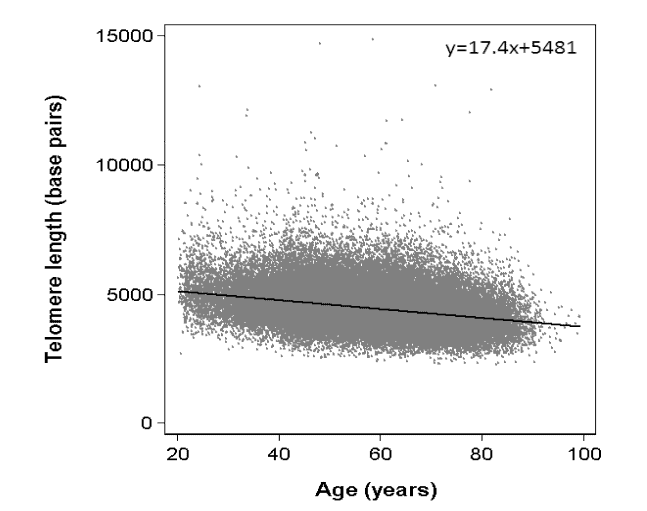 That downward sloping black line shows that, on average, the older we get, the shorter telomeres get.

Dr. Blackburn won her Nobel Prize by discovering that telomerase, the enzyme that keeps telomeres intact as cells divide, is compromised by elevated cortisol levels.

The particular population she chose to study long-term care givers. Long-term caregivers are the ideal group in which to measure consistently high cortisol levels. If you’ve ever cared for both elderly parents and children, you know all about constant, lingering stress.

What happens to people under constant stress is that they experience chronically elevated cortisol, which leads to reduced telomerase activity, and premature telomere shortening.

After showing that chronic stress shortens telomeres by disrupting telomerase, Dr. Blackburn then conducted the aforementioned study that indicated how meditation can boost telomerase, which leads us to the other Elizabeth, Dr, Elizabeth Hogue.

I guess Dr. Elizabeth Hogue wanted to do her own telomere/meditation study, and she did.

In April 2013, Dr. Hoge and colleagues went deeper than examining the psychologically observable manifestations of a meditation practice of her prior study, and thus went chromosome-deep.

The meditators had longer telomeres.

Their conclusion was that meditation offers the intriguing possibility of altering telomere length, and consequently, a cell’s longevity.

In a 2012 study out of UCLA (2) neuroscientist Eileen Luders reviewed brain-imaging studies to look at brain-aging differences between meditators and non-meditators. The participants in these studies had meditated for two to 35 years.

In the studies Luders reviewed, meditators showed less age-related decline in the thickness of their brain’s cerebral cortex. Specifically,

“long-term meditators have larger amounts of gyrification (“folding” of the cortex, which may allow the brain to process information faster) than people who do not meditate. Further, a direct correlation was found between the amount of gyrification and the number of meditation years, possibly providing further proof of the brain’s neuroplasticity, or ability to adapt to environmental changes.” (3)

Another study published in 2013 on genetic changes with meditation compared the big-picture genetic profiles of 26 first-time meditators to 26 experienced meditators and found that different sets of genes were expressed.

Not just any genes, but genes associated with energy metabolism, mitochondrial function, insulin secretion and telomere maintenance, as well as reduced expression of genes linked to inflammatory response and stress-related pathways.

The researchers concluded that meditation might change big-picture genetic profiles and cellular activity.

If the above cited research studies don’t convince you to begin a meditation practice, perhaps the allure of happiness will.

After all, who doesn’t want to be happy?

I know that the title of this article includes, “Not To Mention Happiness”, but I will anyway, because doing something regularly for some distant benefit (like maintaining telomere length) goes against the grain, sorta speak.

We want instant gratification, and thankfully, mediation provides it in spades.

And to show this, you get a bonus research study, Study #5, which is the one you conduct on yourself.

If you rather read than do, just google “meditation + happiness”, sit down for 6,000 hours and read away.

Or you can spend under six minutes watching the “easy meditation” video below, or the half hour meditation sound track provided to you by Jacob Williams via Soundcloud. (Use stereo headphones.)

When you’re done, come back here and answer this question:

If you want more, try one of the guided recordings by Dr. Ronald Siegel, an assistant clinical professor of psychology at Harvard Medical School. They are available for free at www.mindfulness-solution.com.

I also heartily invite you to read my other blog posts on meditation. Learn about how to control your brain wave frequencies, proper meditation posture, the science behind the benefits of meditation, and more, right here.

P.S. Read CNN’s Can meditation really slow aging, a really good and engaging summary of the researchers and the research on this topic.