Four Masters Who Defy Age and Prove That You Can Too!

Meet the four Masters who defy age. None were born special, but late in life they took stock and went to work to make themselves ageproof. 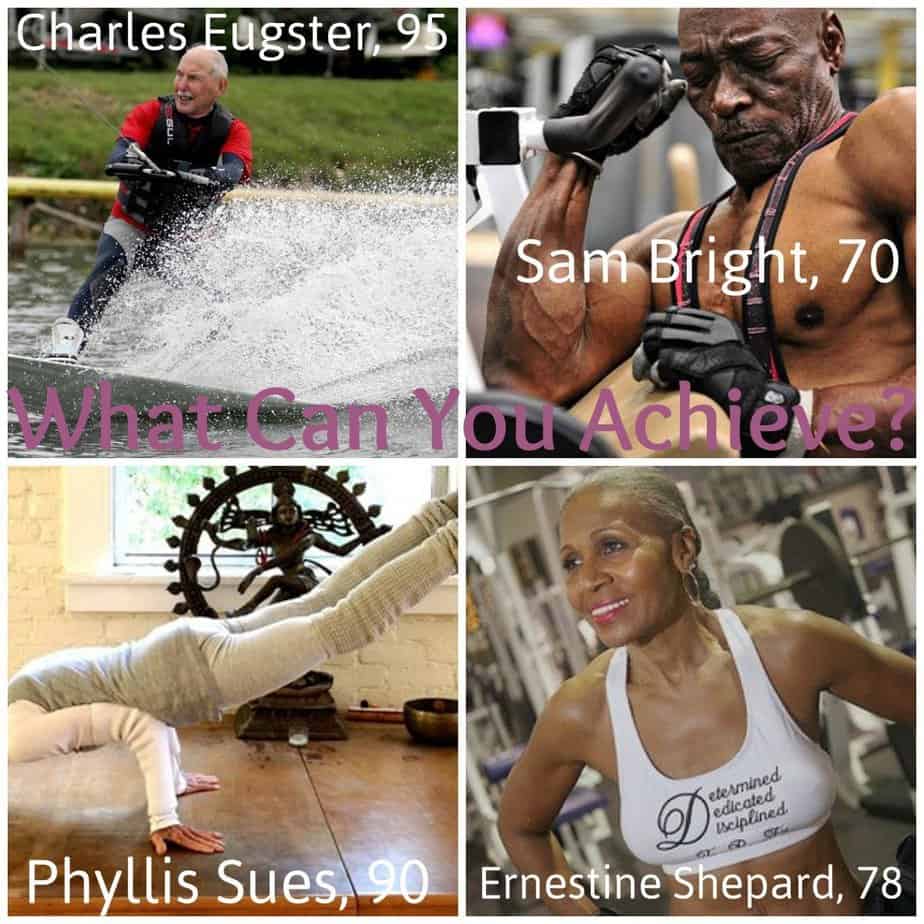 AS IT frequently happens when traveling along the Interwebs, as you’re looking for one thing, you’ll find another.

I was seeking studies that showed how exercise extends human healthspan; meaning how long people remain healthy. Instead, what I found were four remarkable, elderly people who share one mighty, important attribute:

They refuse to get old!

Prepare to get inspired. If you think that it’s too late to be young, to get strong and vital, these four people are going to give you some cognitive dissonance. You’ll hafta scramble for excuses to hold on to your limited thinking as you watch how they defy age.

None of them were life long exercisers. Each of them became fit quite late in life. Sonny Bright started lifting at 44. Phyllis Sues began yoga at 85. Charles Eugster began exercising at 87. Ernestine Shepard started weight lifting at 56.

They may have some extra motivation, discipline or a yearning that you don’t have. But that’s OK – if you can just muster half of it, you’re likely to quite satisfied with the results.

Let’s get introduced to each of these marvelous people, and then reset your expectation of what’s possible.

Well, if you love life, you’ll get more of it.

Take a look at the graph below and note the dramatic decline (20%) in mortality for those who engage in just ten minutes of “vigorous” daily activity. Amp that up to 30 minutes, and you’ve improved your odds by nearly 40%. 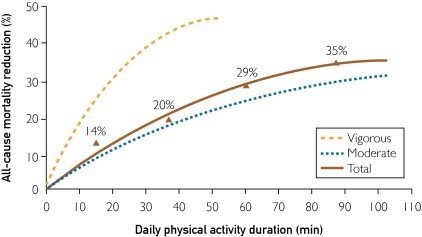 Is vigorous exercise too invigorating for you? Well, if you can just muster 30 minutes of “moderate” exercise, you’ll improve your odds by 15%.

Don’t care about death, mortality probabilities and such?

How about the quality of your life?

I don’t have a graph for that.

What I do have are the stories of four ordinary people who became extraordinary late in life. They epitomize and are living an amazingly high quality of life well into their golden years.

And they show us that we can too! 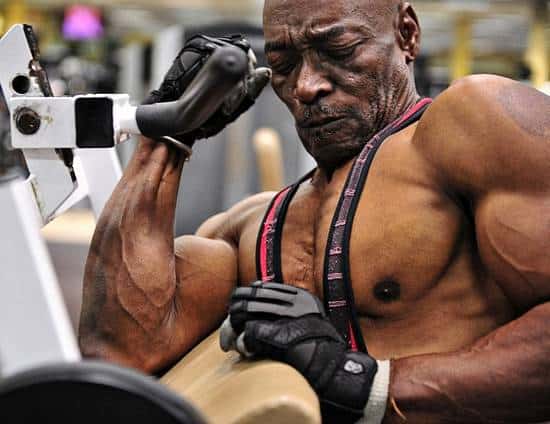 The man is 70 years young. When he was 44, he was a mess, he says. Newly divorced, sky-high stress. Sonny had the good sense to go to the gym, and he never looked back:

“I don’t feel like I’ve aged since I started bodybuilding at 44”, he says.

Some other gems from Sonny: 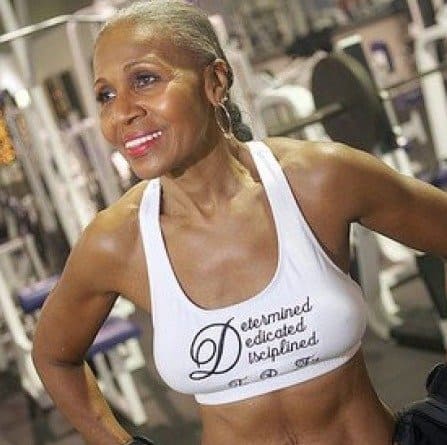 On June 16, 2015, Ernestine Shepard will turn 78 years young. According to Guinness, she’s the world’s oldest female competitive bodybuilder in the world. But she didn’t start exercising till she was 56!

The video below will tell the story, but first know this about Ernestine, in her own words: 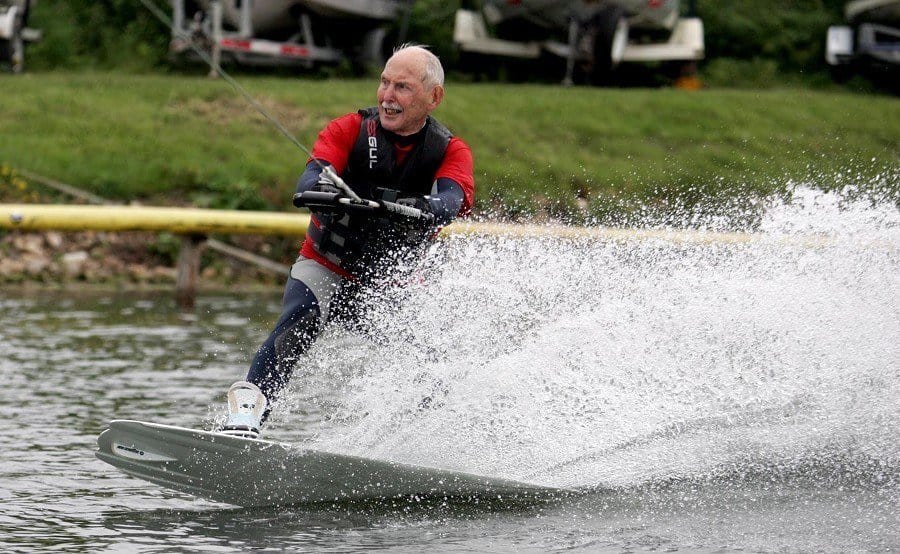 The irrepressible Charles Eugster began exercising at 87 because he says,

Earlier this month, he obliterated the 95-and-over world indoor record for 200 meters at a British Masters Athletics meet in London. The Telegraph has called Eugster “the world’s fittest pensioner.” He plays all kinds of sports, lifts weights and took up competitive track in 2013.

On his website, Charles offers these general tips for winning at life:

Successful aging requires work, diet and exercise. The huge mental and physical potential of the aged remains unexplored. Bodies can now be rebuilt at any age and a new life started.

At the track meet where he won the 200 meter record, Charles was asked what he yet wants to achieve? He said:

Phyllis is a renaissance woman. In a recent Huffington Post article, she said:

“I started my own fashion label at 50, became a musician and learned Italian and French in my 70s, took tango and trapeze at 80 and walked into my first yoga class at 85. So, if you think you’re old, think again!”

Life in itself is a challenge and you can either, accept it and take action, or you can sit and do nothing. My advice is there is only one winner: accept the challenge, take action and get on with your life no matter what age.”

These four people defy age. They are remarkable. But so are you.

Remember (and do) these three things:

P.S.  Here’s some more inspiration to get you going: