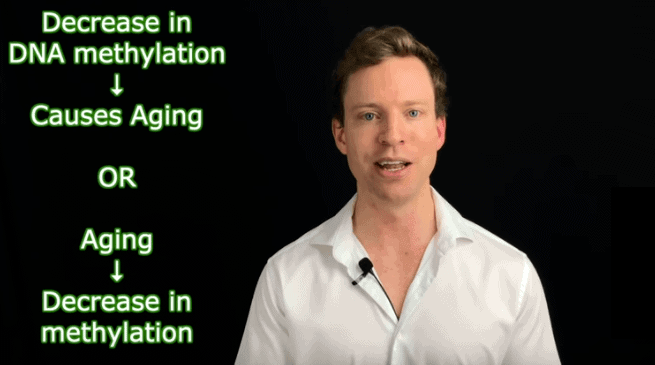 In all this, we’re guided by a video made by Dr. Brad Stanfield, a young medical doctor who moonlights as an anti-aging guru on his Youtube channel. 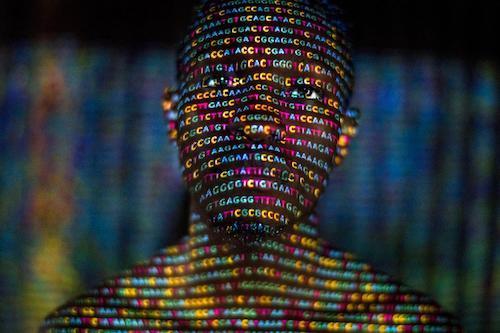 DNA is a molecule composed of two polynucleotide chains that coil around each other to form a double helix carrying genetic instructions for the development, functioning, growth and reproduction of all known organisms and many viruses.

Within the cells are proteins. DNA codes those proteins, one of which are our genes. These genes are under tight control — we don’t want to create too many or too few of them — and the process that controls this particular DNA expression is called “DNA methylation”.

The key takeaway here is that methylation controls our DNA. This can be good or bad, sort of speak, depending on how you act to influence the outcome, because lifestyle habits can influence gene expression, which is the study of epigenetics.

(Read my posts 9 Anti-aging Lifestyle Habits That Work (say 3 doctors), and Behavior and Epigenetics – The Surprising Reasons Your Kids Care About Your Genetics.)

If left unaltered, DNA methylation levels will decline as we age, resulting in many of the attributes of aging, including the onset of various chronic diseases, including cancer and neurodegenerative diseases such as Parkinson’s and Huntington’s.

Surely, you know people who look great for their age and are healthier than their same-age peers. Although there undoubtedly are many reasons for this, one big reason is that their DNA may be, in effect, younger than their chronological years. 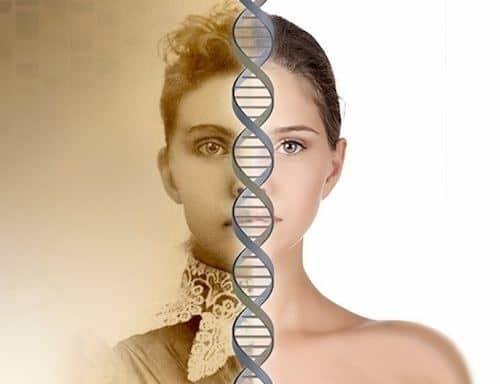 There are “methylation clocks”, sometimes called “epigenetic clocks” that are made up of specific sites of DNA where the DNA methylation levels can be measured.

These clocks have undergone extensive research, and have proven to be  a highly accurate way to measure age in humans. Soon, the information that will be gleaned from these “clocks” will point to individually optimized diets, supplements and exercise regimes; in fact, a test called Index touts that it can do just that.

Elysium Health (the company that makes the ever-popular NAD+ precursor called Basis) now has a test called Index, a novel, at-home test that tracks how fast you’ve been aging using the latest generation technology in the science of epigenetics. 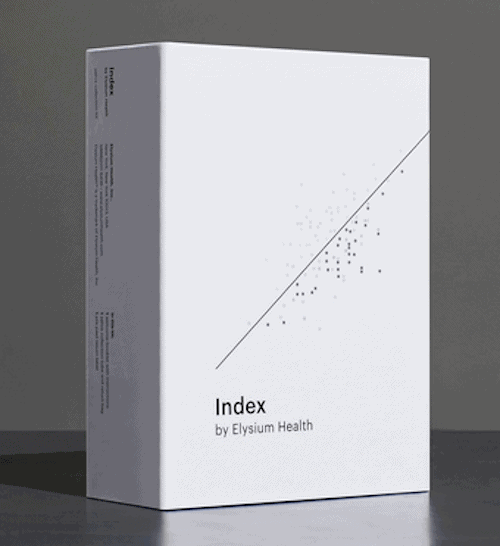 With Index you get:

Although most of us would like to know if our biological age tracks our chronological age, or is higher or lower, the mirror along with your physical capabilities relative to when younger, provide a pretty good indication for how well your aging.

If you’re like most people I talk to about this subject, you’d like to be physically younger. (My biological age is 20 years lower according to this test developed by Dr. Steve Horvath, et al.)

So, let’s recap what I’ve just told you and then speak to what you can do to improve your DNA methylation, and thereby improve how well you age.

Now is a good time to view Dr. Brad Stanfield’s video on this topic, and then examine the three ways you can increase DNA methylation.

Whether or not you take a test to find out your biological age, most of us want to perform better than we are now, assuming we’re much past 40 years old. If you want to stop your DNA methylation from declining over time, what can you do?

The three ways you can improve your biological age that are supported by a considerable number of scientific studies are:

Currently, calorie restriction has been proven to be the most effective intervention that can extend the maximum lifespan and healthspan in a wide range of organisms, from tiny worms to monkeys.

There is no current long-term human data to support these effects in humans; however, there is when it comes to exercise!

(Click here for some of my posts about caloric restriction)

A meta-analysis of various studies found that resistance exercise combined with endurance training in humans caused positive changes in:

(Click here for some of my posts about exercise.)

The best supplement to make this happen is TMG (trimethylglycine), also known as “betaine” (To learn the specifics as to why, go to timestamp 7:15 in the video above.) A meta-analysis showed that supplementation of TMG at four to six grams every day significantly lowers homocysteine levels, which then enables more methyl groups to be available for DNA methylation.

In addition to increasing methyl groups, lower homocysteine may lower your risk for developing vascular disease, heart attacks and cancer, says this 2010 study; however, it might just be that homocysteine is a marker for these diseases as opposed to directly influencing them.

If you decide to supplement with TMG/betaine at doses in excess of 1 gram, consider using a powder, such as Betaine Anhydrous Trimethylglycine offered by BulkSupplements. If your dose will be less than 1 gram, or you prefer capsules, consider NOW TMG, or Thorne Research Methyl-Guard-Plus.

Here are some resources for a deeper dive into this topic:

DNA Methylation and Its Basic Function

The Impact of Caloric Restriction on the Epigenetic Signatures of Aging

The impact of dietary protein intake on longevity and metabolic health