Morgan Spurlock of Super Size Me fame gets prodded, tested and lectured about living a really long time. He’s asked, “How long do you want to live?”.  What’s your answer to that question?  And would it make a difference if you could live a really long time in a youthful body? 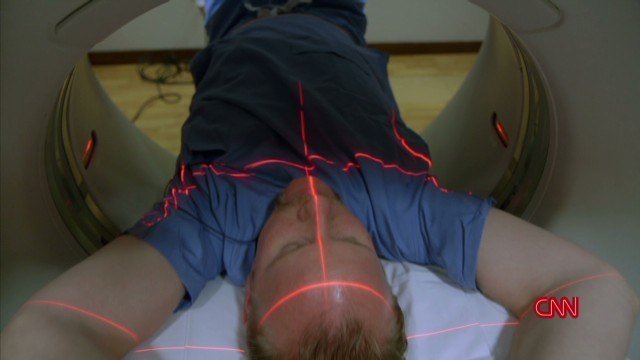 Morgan Spurlock in the Futurism Episode of Inside Man

IF YOU haven’t seen the Inside Man episode, Futurism, produced by and staring Morgan Spurlock, now’s your chance to find out why seemingly intelligent people think they might have a chance to live indefinitely.  (Video below.)

You may remember Morgan Spurlock from his blockbuster documentary, Super Size Me, where he only eats fast food for months, and monitors various health markers to see what happens. 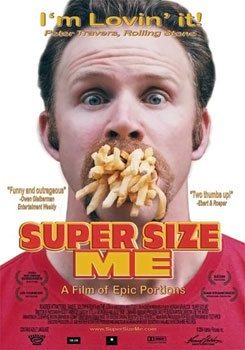 Last month (April 2014), Spurlock again uses himself as a guinea pig, although this time in a decidedly different direction.  Rather than eat himself into the quick oblivion inevitable in Super Size Me, this time he trots out for the long pass.

The pertinent question: How long do you want to live?  Another: How long is possible?

Intro to Futurism and the Potential for Looong Life

In Futursim, Spurlock discovers the information and protocols he could use to extend his life indefinitely, optimistically speaking.

Futurism profiles some of the leading authorities and methods behind the booming interest in life extension – particularly those of Ray Kurzweil and Dr. Larry Grossman, whose work and ideas were profiled in my posts, Ray Kurzweil’s March to Extend Life and Ray Kurzweil’s 100+ Pills per Day Age Defying Fight.

In the video presented below, Spurlock enters the brave new world of extreme life extension, embarking on a life-prolonging regimen and trying everything from genome hacking, to creating an avatar and uploading his consciousness in preparation for the “Technological Singularity.”

That said, go watch the video and check out my notes beneath it.

As a guide — along with my inevitable commentary — to the video above, here I’ll present the salient parts of the video and where they occur along the video timeline.

How old would you be if you didn’t know how old you are?  The answer has to do with biological as opposed to chronological age.

.  Both books present the authors’ strategies to live long enough for the technology to be developed that will extend lifespan.

Kurzweil introduced the concept of “three bridges” to immortality.  The first bridge is using all of the available methods to prolong life that I’m currently writing about in The Age-proof Method.

The goal is to live long enough to get on bridge two, a time when molecular nanobots would be able to cure many of the biological systems that fail over time.  Eventually, if all goes well, you’d get to “bridge 3” where technology would basically be able to conjoin biological with artificial life – here you’re a cyborg, sorta speak.

Some things that Spurlock does and learns at the Grossman Center:

At the Wake Forest Institute for Regenerative Medicine, they’re growing human body parts in the lab, starting with postage size pieces of tissue.

They begin with stem cells, then “print” a body part and encourage stem cells to grow tissue in them, and tissue type, given that stem cells are a “universal donor”.

Why not fix health problems before they begin?  That’s the aim of Cambrian Genomics.

They make DNA to fix genes that may be problematic.

So good so far, but that’s as far as science will allow for now.  The good news is that the genetic “flaw” has been found, but right now there’s not a proven technology to fix it.  For that you need to hang around long enough for “bridge 2”.

I liked what Kurzweil had to say during breakfast with Spurlock. He’s asked, “How long do you want to live?”, and Kurzweil says something like,

I’d like to live till tomorrow and tomorrow I’ll feel the same way.

People only want to die if they’re suffering.

The key to longevity beyond historical precedents is technology, and its  penchant for exponential growth. The iPhone is several billion times more powerful than university computers in 1970s, and by 2030 something the size of a blood cell will have the tech capacity of the iphone, allowing for small computerized devices that can augment the immune system, says Kurzweil.

By 2045 it’s the Singularity, the moment when human and machine will be so interconnected that we will be able to transcend the limits of biology.  That’s “bridge 3”.

How real can virtual realty really be?  Pretty real, actually.

Stanford Virtual Human Interaction Lab is at the forefront of what is no tech possible.  Will Morgan fall off that plank to his death?  Seems real to him.

Now that he believes that virtual reality will be real enough to matter in his lifetime, Spurlock seeks a way to build a complete hologram of himself, his “digital avatar”, if you will.

OK, that’s it… I hope all this opened your mind to the possibilities of living a long and strong life, meaning, one where you can still have vitality.

You might as yourself how long do you want to live, and then go about making it happen.

If you haven’t already, get my four-part series, How to Build A Strong and Youthful Body, and you’ll also be on the List to get my crash course, The Age-proof Method for free, once it’s done.

Do You Have COVID Symptoms?

Inflammation and Age In The COVID-19 Pandemic