Dr. David Sinclair has done extensive longevity research that could improve your lifespan. Learn what he’s up to and what it might mean to you. 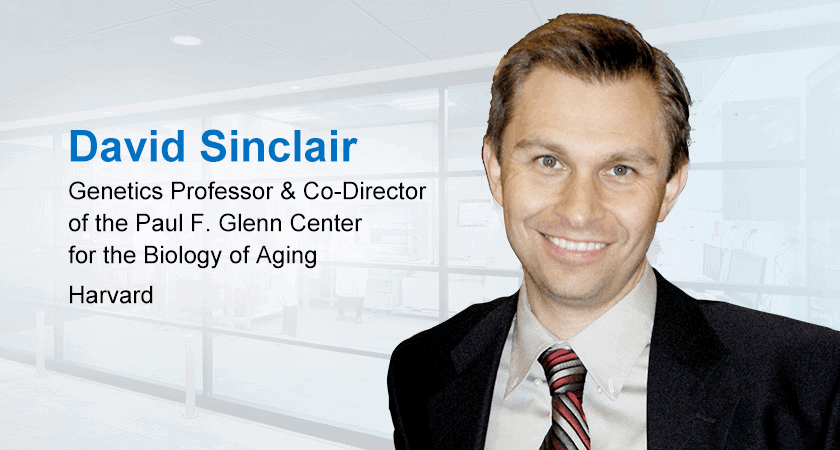 I’m looking forward to September 10, 2019, because Dr. David Sinclair wrote a long-awaited book and that’s the day it will be released. The title is Lifespan: Why We Age — and Why We Don’t Have To. It will be delivered to my Kindle, and I will take a deep breath and dive in.

David Sinclair, Ph.D. is a Professor in the Department of Genetics at Harvard Medical School and co-Director of the Paul F. Glenn Center for the Biological Mechanisms of Aging. He is best known for his work on understanding why we age and how to slow its effects.

Let’s review his background, the research he’s conducted into life extension, and why his findings are important to you.

David Sinclair obtained his Ph.D. in Molecular Genetics at the University of New South Wales, Sydney in 1995. A chance meeting with Dr. Leonard Guarente lead to a posting as a postdoctoral researcher at M.I.T. with Dr. Guarente as his advisor. There he co-discovered a cause of aging for yeast, as well as the role of sirtuin2 in epigenetic changes driven by genome instability. (I’ll speak about sirtuins in a bit.)

If Dr. Guarente sounds familiar to you, it may be because he’s the founder of Elysium Health, the maker of the NAD+ activator, Basis (similar to Tru Niagin), which contains NR (Nicotinamide Riboside) and pterostilbene, a stilbenoid chemically related to resveratrol. I’ve been taking Basis for two years and first wrote about it in an article entitled, Can Elysium’s “Basis” Pill Really Make You Younger?

In 1999, David. Sinclair was recruited to Harvard Medical School where his laboratory’s research has focused primarily on understanding the role of sirtuins in disease and aging, with associated interests in chromatin, energy metabolism, mitochondria, learning and memory, neurodegeneration and cancer. He has also contributed to the understanding of how sirtuins are modulated by endogenous molecules and pharmacological agents such as resveratrol.

I recount all this so you can understand that the man is a heavyweight in the longevity research world. This is why I’m excited about reading his forthcoming book, Lifespan. 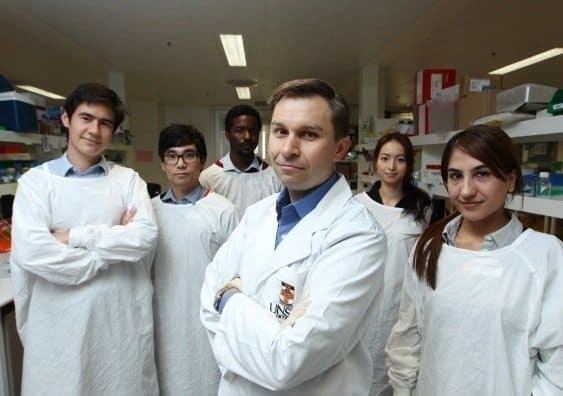 While Dr. Sinclair was working in Dr. Guarente’s lab, he discovered that Sirtuin 1 (called sir2 in yeast) slows aging in yeast by reducing the accumulation of extrachromosomal rDNA circles, which contribute to their aging and are found in their aged cells. Others working in the lab at the time identified NAD (Nicotinamide Adenine Dinucleotideas) as an essential cofactor for sirtuin function. [1]

Sirtuins are a family of proteins that play a role in aging by regulating cellular health. Mammals like us have seven sirtuins, which can either have separate or interlacing functions. They’re responsible for critical biological functions like DNA expression and aspects of aging. However, sirtuins can only function in the presence of NAD+, a coenzyme found in all living cells, which is why companies like Tru Niagin and Elysium Health exist, as they each make the NAD+ activator (or precursor) called NR (Nicotinamide Riboside). [2]

(NAD+ and NADH are both forms of the coenzyme NAD. NAD+ is the oxidized form; NADH is the reduced form. [3])

NAD has several essential roles in metabolism, but unfortunately our bodies produce less and less of it as we age, which is why the NAD activators NR (contained in Basis and TruNiagin) and NMN have become so popular among people interested in aging better. NR has been the compound favored by Dr. Guarente and NMN (Nicotinamide Mononucleotide), the one favored by Dr. Sinclair.

David Sinclair’s Perspective On The Science on NMN and NR

A blog post written by Dr. David Sinclair offers his perspective on some recent research into NMN and NR. With 25 years of experience in this field, and having read thousands of papers on this subject, he has specific, informed interpretations of the scientific literature surrounding these molecules.

Sinclair underscores that when interpreting and making conclusions about scientific studies into NMN and NR, we need to remember that:

With that in mind, what does the science show when it comes to NMN and NR?

We know that NAD boosters, like NR and NMN have shown efficacy in many cell cultures and in mouse models of human diseases; meaning, in mice that have been biologically altered to mimic a specific human disease. Both NR and NMN have been shown to benefit the health of elderly mice, and neither of these treatments show negative health effects, even in long-term mouse experiments—not in inflammation, senescence, or cancer models.

Moreover, the mice given NR or NMN experience a slightly longer life, although that’s been debated.

In humans, research into the effects of NR and NMN is underway. Ultimately, we have to test NAD precursors in people that participate in rigorous and independent scientific studies.

Most of what has been completed in humans so far has been been NR studies. For example:

When will we have human trial results for NMN? A few are being planned now.

An international collaborative team including researchers from Keio University in Tokyo and Washington University School of Medicine in St. Louis is running a Phase I human clinical study of NMN in Japan.

Clinical trials examining the safety and efficacy of NMN are also currently being run at Washington University, investigating the effect on insulin sensitivity, endothelial function, lipids, body and liver fat and markers of cardiovascular and metabolic health.

It’s also worth noting that research and development is underway on novel NAD precursors, such as Metrobiotech’s MIB-626, which is being tested in clinical trials by an independent team at a hospital in Boston.

Right now, the bottom line is that the science is a bit further along when it comes to NR, but it is far too early to say which is better for humans, NR or NMN.

Should You Try NMN or NR?

Of course that’s up to you, but perhaps it’s helpful to know that the two preeminent scientists studying how to activate NAD take either NMN or NR.

“It’s no secret that I take NMN; I’ve been very up front about that. I would consider it to be an act of dishonesty to not disclose that fact.”

You can learn more about Dr. Sinclair’s use of NMN and resveratrol in an article I wrote for ProHealth Longevity called, Why Does A Famous Harvard Scientist Use NMN?.

Dr. Leonard Guarente has been taking NR since at least 2014, although his dosage has not been disclosed. [5]

His company, Elysium, has spearheaded human trials that indicate an increase in NAD+ levels increase by 90% over baseline after 30 days and 55% at 60 days from consuming, respectively, 250 mg of NR; 50 mg of pterostilbene and 500 mg of NR; 100 mg of pterostilbene. [6] It’s reasonable to presume that Dr. Guarente takes a dose within that range, if not more.

If you want to try NMN or NR, two reputable NR supplements are Basis and TruNiagin; and ProHealth offers many forms of NMN supplements, such as powders and capsules, both of which I’ve been taking for several months, in addition to Basis.

As I said in the beginning of this post, I eagerly await the delivery of Dr. Sinclair’s book, Lifespan: Why We Age — and Why We Don’t Have To. My intention is to quickly devour it and then write a book report. Subscribers to this site will be sent the link to my review. If you’re not a Subscriber… well, go here and become one!

Finally, to give you a sense of David Sinclair’s work and discovery in longevity, watch his presentation on what constitutes aging and what researchers like him are doing about it: