(It Really Depends… and You Need To Get It Right!) 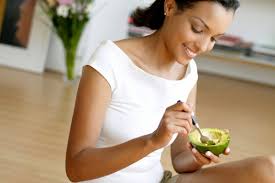 Certain fats are critical for health. Aim for fat consumption of Omega-3 and Monosatuated Fatty Acids in the range of 20 to 25% of your daily caloric intake; ideally, as little as possible from Saturated and Trans Fat sources.  Read on for specifics.

THERE ARE  few things more confusing to us than fat.  Certainly, when sagging around the waist, this unsightly jiggly is either actively ignored, scorned, or both.

But this post is not about the waistline tire, or inter-muscular fat per se, but about the macronutrient called fat, which along with its two siblings — protein and carbohydrates — is necessary, important and vital to good health.

IF the fat’s the right type.

Before I delve into why, let’s examine just what makes up the fat macronutrient, starting with names.

Here are the terms related to and/or used for “fat”:

All of these are connected to each other in one way or another.  Without understanding how they’re related, all these terms can be very confusing.  So, let’s demystify things a bit and then apply what we’ve learned to practical action.

First up is terminology.  What we think of as fat is really a “lipid”, whether they be in liquid or solid form.  Lipids are important for cells’ energy storage and structure, and include these compounds:

Next, let’s define these lipids, relate them to each other, and examine which are “good” and “bad” for you and why.

Fatty acids are organic acids, particularly those chains of carbon that are not branched. (“Branched” indicates that the series of atoms connected together that make up the fatty acid can resemble a fork in that they divide or separate into two or more branches.)

Fatty acids serve as energy for the muscles, heart, and other organs, as building blocks for cell membranes, and as energy storage for the body. Those fatty acids not used up as energy are primarily converted into triglycerides, but also exist  as components of phospholipids and cellular membranes.

Triglycerides are fats that contain, in varying proportions, three groups of fatty acids – saturated, polyunsaturated, and monounsaturated – plus a molecule of glycerol.

They are the chemical form in which most fat exists within food as well as in the body.  They store energy in the body, and in effect, it is stored triglycerides – aka body fat – that we remove from our bodies when dieting (hopefully).

Phospholipids are a variation of triglycerides where one fatty acid is replaced with a phosphate group, and are important for forming the structural basis of cellular membranes.

OK, so for those of you still with me, on to the stuff you really care about…

Trans Fats are found in vegetable shortenings and in some margarines, crackers, cookies, and snack foods, and will increase the shelf life of oils. But trans fats will not extend your shelf life; rather, just the opposite – consumption of trans fatty acids increases blood LDL-cholesterol (“bad” cholesterol) levels and raises the risk of coronary heart disease.  A nice recipe for a short life.

– Omega-3 Fatty Acids are the best of the three “omegas”. Omega-3 fatty acids are a class of essential polyunsaturated fatty acids with the double bond in the third carbon position from the methyl terminal (hence the use of “3” in their description). Omega-3s are used in the formation of cell walls, making them supple and flexible, and improving circulation and oxygen uptake with proper red blood cell flexibility and function.

– Omega-6 Fatty Acids are a class of essential polyunsaturated fatty acids with the initial double bond in the sixth carbon position from the methyl group (hence the “6”). Examples of foods rich in omega-6 fatty acids include corn, safflower, sunflower, soybean, and cottonseed oil.

– Omega-9 Fatty Acids are polyunsaturated fatty acids with the initial double bond in… you guessed it… in the ninth carbon position. The niners are important, but it’s not essential that you consume them because the human body can manufacture omega-9 fatty acids in limited amounts. These are found in olive oil (extra virgin, cold pressed is best), olives, avocados, almonds, peanuts, sesame oil, pecans, pistachio nuts, cashews, hazelnuts, macadamia nuts, etc.

There’s a dance between the omegas that’s important to know about — they work together to promote health, but #3 needs to be favored more than #6 and #9.  The balance is important.

Omega-3 fatty acids help reduce inflammation, and most omega-6 fatty acids tend to promote inflammation. An inappropriate balance of these essential fatty acids contributes to the development of disease while a proper balance helps maintain and even improve health.

This is one reason that the so called “Mediterranean Diet” gets high marks.  It consists of a healthier balance between omega-3 and omega-6 fatty acids than the typical American Diet, so say various studies demonstrating that people who follow the Med are less likely to develop heart disease. It also contains the omega-9 fatty acid group, which have been reported to help lower risks associated with cancer and heart disease.

The Mediterranean diet does not include much meat (meat is high in omega-6 fatty acids) and emphasizes foods rich in omega-3 fatty acids, including whole grains, fresh fruits and vegetables, fish, olive oil, garlic, as well as moderate red wine consumption.

[For more on Diet, read Diet 101 and A Blueprint for Eating Right.]

So, at long last we get to the end of this epic journey of Fat.

Do this: aim for fat consumption in the range of 20 to 25% of your daily caloric intake; ideally, as little as possible from saturated and trans fat sources, and as much possible from poly and monounsaturated fat sources.

Here are some guidelines given three Total Daily Calorie counts:

15 Symptoms of Arterial Plaque and How To Prevent Heart Disease