Dr. Oz: How to Prepare for Your Cleanse 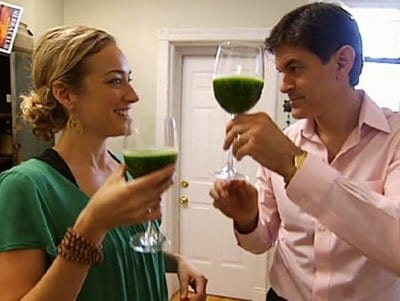 How you prepare for a cleanse is as important as the cleanse itself, particularly if you’re vulnerable to the “detox effect”.  Do you smoke, eat meat, sugar, wheat, caffeine?  If so, do yourself a favor and avoid an unpleasant experience. Here’s what to do to ease into a cleanse… 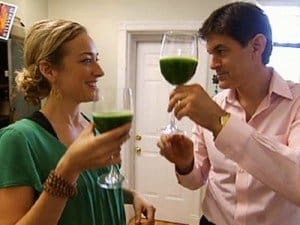 ALTHOUGH I’VE blogged about a variety of health topics (from health policy to exercise), the most viewed posts on this site are about diet and cleansing.  So – ever the dutiful scribe – I’ll add this brief cautionary tale about cleansing, inspired by a Dr. Oz video I watched on Yahoo.

I’ve offered my own admonitions about cleansing.  (Read The Reboot Diet and the Detox Effect.) Not admonitions against cleansing, mind you, for I am a strong proponent of it.  I’ve done many cleanses and always feel better afterwards (and thinner).

Rather, both the good Dr. Oz and I simply caution that there are some things you need to be aware of before launching into a cleanse to have the best possible experience.

What You Want to Avoid

What derails a cleanse or makes it insufferable are acute hunger, headaches, rashes, fatigue and irritability.

These effects occur because of toxins being released primarily from various fat storages in the body where they mostly reside.  When the fat breaks down, the toxins enter the blood stream and the organs of elimination (liver, kidneys, skin, gastrointestinal tract) work to make them benign and/or exit from the body.

If toxins are released too rapidly and are not efficiently evacuated, you’ll experience the so-called detox effect described above.

Who is Most Susceptible to the Detox Effect?

Assuming you’re relatively healthy, your regular diet and the amount of fat you hold are decent predictors of how vulnerable you are to the detox effect.

How To Approach Cleansing

In this video, Dr. Oz gives a quick presentation about how to avoid the detox effect.  I’ve long extolled the same view.  Here’s what we suggest:

There are so many worthwhile cleanses to consider.  Beginners and the vulnerable (ie: those with poor diet habits) do have options to choose that will result in a good experience.

My cleanses can get pretty complicated, but I’ve done two simple ones that you may consider.

The second is the so-called “Chinese Cleanse”. (I don’t know where the “Chinese” comes from.)  It consists of fruits, vegetables and a home-made brew of cleansing herbs.  I wrote about it in the post called, It’s Detox Time.

The “Colonaide Cleanse” is the simplest of the two, as it doesn’t need — although it recommends — that you eat cleansing foods such as vegetables and fruit during your cleanse, and it packages together all the cleansing supplements and herbal tea for your convenience.

The “Chinese Cleanse” is more hands on.  You’ll need to find and buy the various herbs and brew them into a tea yourself.

If you prefer to have the cleansing supplements pre-packaged as offered in the Colonaide Cleanse in contrast to buying the cleansing herbs individually and brewing the tea yourself, but you also like the instructions and suggestions about eating the fruits and veggies in the Chinese Cleanse — combine them!

Well, you will after you read about these two cleanses: Colonaide here and Chinese here.