Our wondrous bodies will naturally detox a load of nasty stuff — like mercury toxicity — if their detoxification pathways are properly functioning, and the toxic load isn’t too heavy.  Problem is, typically, neither is the case.  Here’s what to do about it…

DETOXIFICATION PROGRAMS are popular. Proponents declare that everyone has toxins that need to be “cleared”. Everyone needs to “cleanse”, they say. For nigh 35 years, I’ve been riding in this herd as well, but with only one foot in the stirrup.

I’ll explain what I mean by that in a minute, but first, here are the nuggets I’m going to buff up in this article:

I covered these in an in-depth article for ProHealth, which you can read here. For those of you who relied on Monarch Notes to get through school, I’ll summarize it below.

But first, a few words about that “one foot in the stirrup”.

The pro-detox crowd is a thundering herd resolute in their conviction that the body needs help purging all those toxins. Devotees claim they’re healthier for the effort.

Although by no means all, many medical types demur, saying that our body’s organs of detoxification – the lymph system, liver, kidneys, colon and skin – are quite able to do the job. These science-people are quieter than the pro-detox crowd, and rather step aside than meet the stampede head on.

I guess I’ve been riding one of those horses, one foot in the stirrup and the other flailing away, looking for the firm footing of a scientist’s resolve.

Translation: I think both groups are partially right.

This position isn’t feckless, but temperate. It’s tempered by observation, my experience and science as well, as you’ll soon see.

It’s true that our bodies do a commendable job of detoxification, and this innate capability was perhaps completely adequate in the days of yore before heavy metals, pesticides and chemicals became ubiquitous in our environment… and in us.

As I wrote in What You Absolutely Must Know About Detox Cleanses (But Don’t):

You might have been born long ago, in a pristine environment, and were fortunate enough to inherit a robust detoxification system, but babies born these days are not so lucky, even if genetically endowed. Even before birth a baby needs to contend with about 287 chemicals found in umbilical cord blood, 217 of which are toxic to the brain and nervous system […]

Look at it this way: Once upon a time it snowed just five inches a week, and the driveway could easily be cleared with a shovel in 15 minutes. Now it snows five feet a week and a shovel can’t do the job.

We need a more effective tool.

The 287 chemicals babies are born with don’t disappear on their own, but rather their toxic load is likely to increase as the newly born grow into adulthood, and then old age. Our “shovels” become inadequate. For many, our detoxification capacity becomes overwhelmed and detoxification pathways get inactive or blocked.

This is particularly true of people with chronic illness or experiencing autoimmune disorders, not to mention those of us getting a wee bit gray. Yes, like every other physical thing, our innate capacity for detoxification deteriorates with age.

To get a better understanding about detoxification really is, how your body does it and why it could use a boost from time to time via the three glutathione detox pathways, please read:

What You Absolutely Must Know About Detox Cleanses (But Don’t) 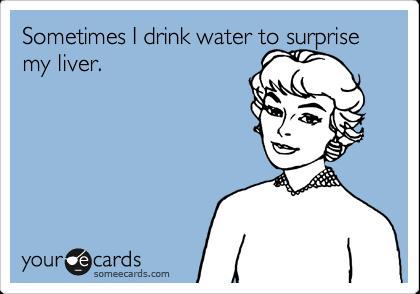 Get Rid Of Your Mercury

Because it’s the most health-damaging heavy metal that exists in most of us.

We absorb about 80% of the mercury in the air we breathe, or that’s in our mouth due to amalgam filings. Nearly 100% of any mercury in the food we eat, such as fish, is absorbed in our gut. The odds are very high that there’s a sufficient load of mercury in your body to be toxic to you, and it’s aggravating any chronic health condition you may have. (2)

None of us in the industrialized world can completely escape mercury; it’s in all of us, particularly if you:

If you have a properly functioning detoxification system and your mercury level is modest, its toxicity may not affect you, and you get up every morning ready to tackle the day. However, if your detoxification system is compromised, and/or the mercury level in your body is high, it’s possible that your health is substantially impaired by mercury, and you meet each new day tired, achy and uninspired.

The list of ailments and chronic conditions either caused or complicated by mercury is very long. Consider these few:

The article I wrote for ProHealth’s 110,000 subscribers is called Is the Mercury in Your Body Making Your Fibromyalgia or ME/Chronic Fatigue Syndrome Symptoms Worse?

Given the title, the article is obviously tailored for people who have autoimmune issues, but the lessons and interventions shared are useful for anyone who may have any level of mercury toxicity… and that, dear reader, is most of us.

“Nearly every human being on the planet has some level of mercury in his or her body. The important question you need to ask yourself is this: Is the mercury in my body making me sick”?

As a reader of this blog, you’re important to me, but I probably don’t know you, and therefore have no idea if you have health problems associated with mercury toxicity.

What I do know is that I have a mercury problem, and it’s likely that you do as well.

As hale as I am — and as you may be — over a period of decades, the mercury load in my body has slowly increased to the point where it’s beginning to overload my body’s natural detoxification capacities and pathways.

This is not unusual.

If you have amalgam filings, breathe polluted air, live near factories or highways, eat a lot of canned goods or fish… the chances are that you have mercury in you, and the only question is how well is your body getting rid of it.

If your body is not getting rid of it as fast as it’s accumulating, then the older you get the greater the mercury burden becomes, and the more likely it negatively impacts your health.

For a few years now, I’ve hypothesized that it’s my mercury burden that is behind some unhealthy blood markers that suggest I need to improve my thyroid function, testosterone and systemic inflammation.

The Poor Performing Hormone That May Cause Your Chronic Health Problems

I finally took the finest mercury test on the planet, the Quicksilver Scientific Mercury Tri-test, and my hypothesis was validated.

The following video is of Quicksilver’s founder, Dr. Chris Shade, explaining the test. Dr. Shade is a globally recognized expert on mercury and liposomal delivery systems. He has lectured and trained doctors in the U.S. and internationally on the subject of mercury, heavy metals and the human detoxification system.

For part two of Dr. Shade’s review of his test, check out this Mercury Detoxification Resource Page that ProHealth put together for its members.

The resource page also includes an interview I did with Chris Turf, Quicksilver’s compound pharmacist and herbalist. In the interview, Chris explains our essential Glutathione Supersystem, and interprets my own Mercury Tri-test results.

Just to whet your appetite, here’s a picture of the video interface… just click on it. 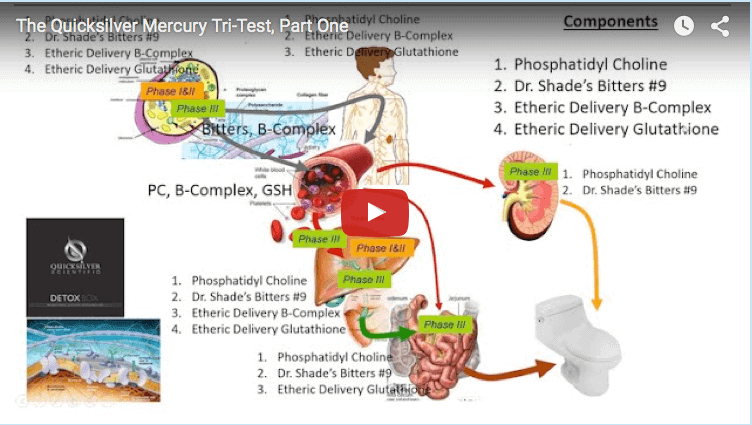 Click to watch the video on the Mercury Resource Page

For those of you who rather read than watch, go read my ProHealth article. Here’s what I cover:

Well, do yourself a favor and dig into this mercury topic a bit. Find out if you have a problem with mercury toxicity, or are about to. Of course, you may be among the few who live in Borneo, or have amazing genetics. 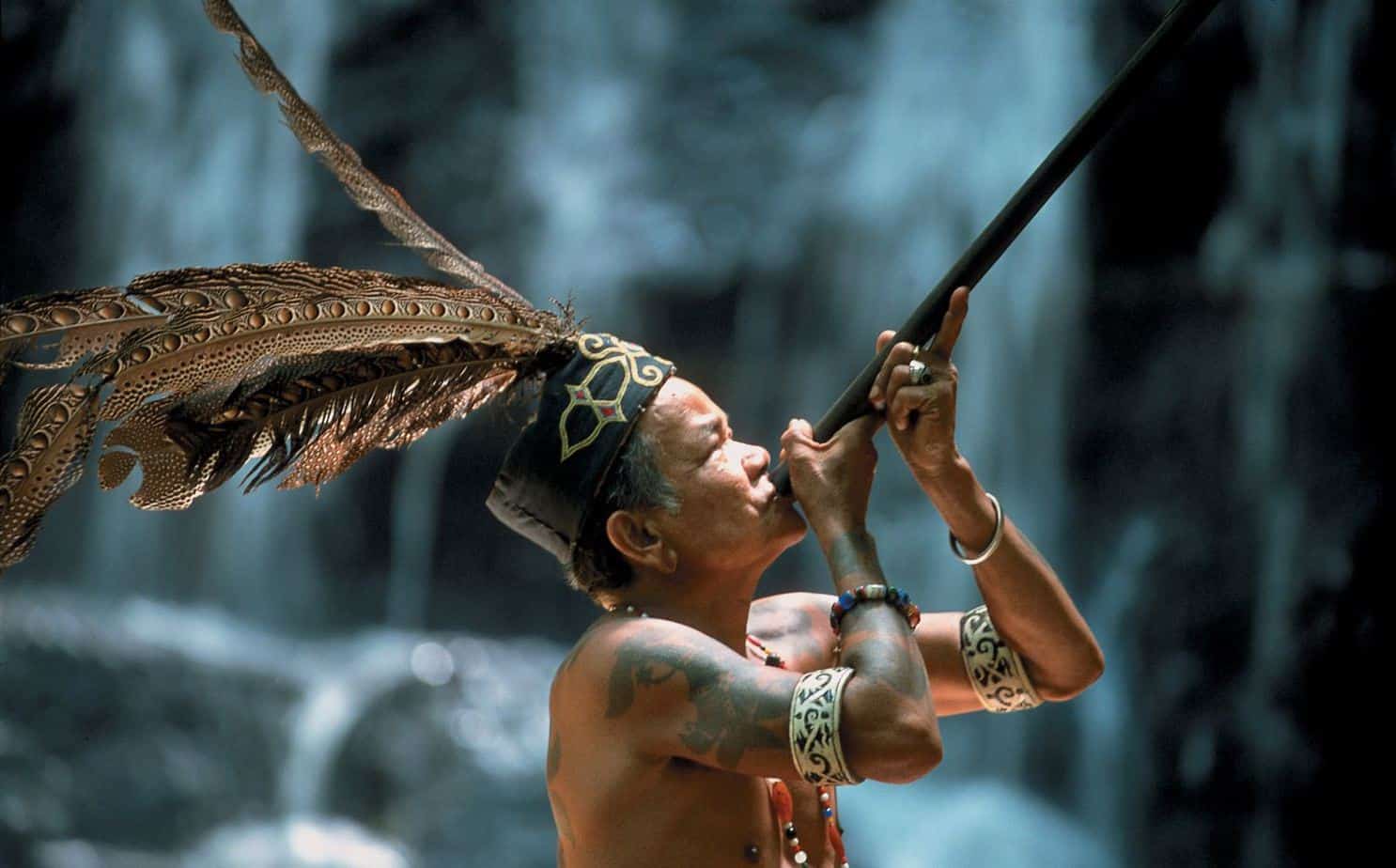 Undoubtedly, he’s knocking a load of mercury out of the tree.

But if you don’t look much like the guy with the blowgun, read my mercury article here, and visit this Mercury Resource Page to watch Dr. Shade and Chris Turf explain why we must be vigilant about the mercury burden in our body, and what to do about it.

P.S.  If detox cleansing is your thing, sit back, go here and get immersed.