The biggest thing that differentiates those the world admires and the rest of us is Mindset. The thoughts, beliefs and emotions that comprise our Mindset either work to build the life we want, or not. Build a Mindset that will work for you. 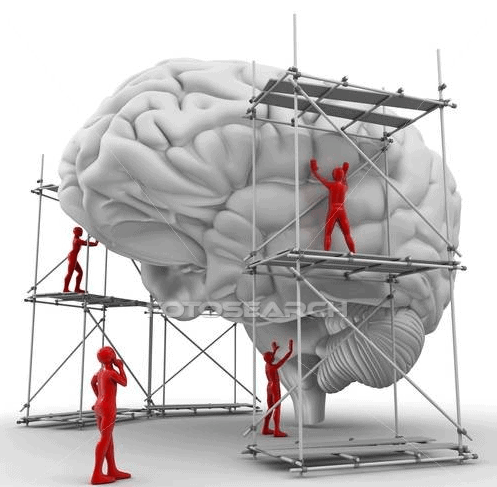 WHAT WOULD happen if you replaced your brain with the Dalai Lama’s?

Suddenly, your life would be filled with mirth and peace.  You’d greet everyone with that sense of Namaste, a humble salutation embedded with good will and respect.

How about Stephen Hawking’s brain?

Never before did looking up at the midnight sky reveal more wonders, for now you’d be light miles closer to understanding some fundamental insights about the Universe.

Or what about substituting your brain for that of Rich Froning, or Ernestine Shepard?

Yeah, neither are household names, unless you follow the Crossfit Games – then you may now about three-time winner, Rich Froning.

Ernestine Shepard is, however, far less known. But, like Froning, I chose her to make a point, which I’ll get to in a moment.

If you’re the average-aged, average-shaped man in America you may look something like this, a picture I pulled from Google Images taken from NBC News: 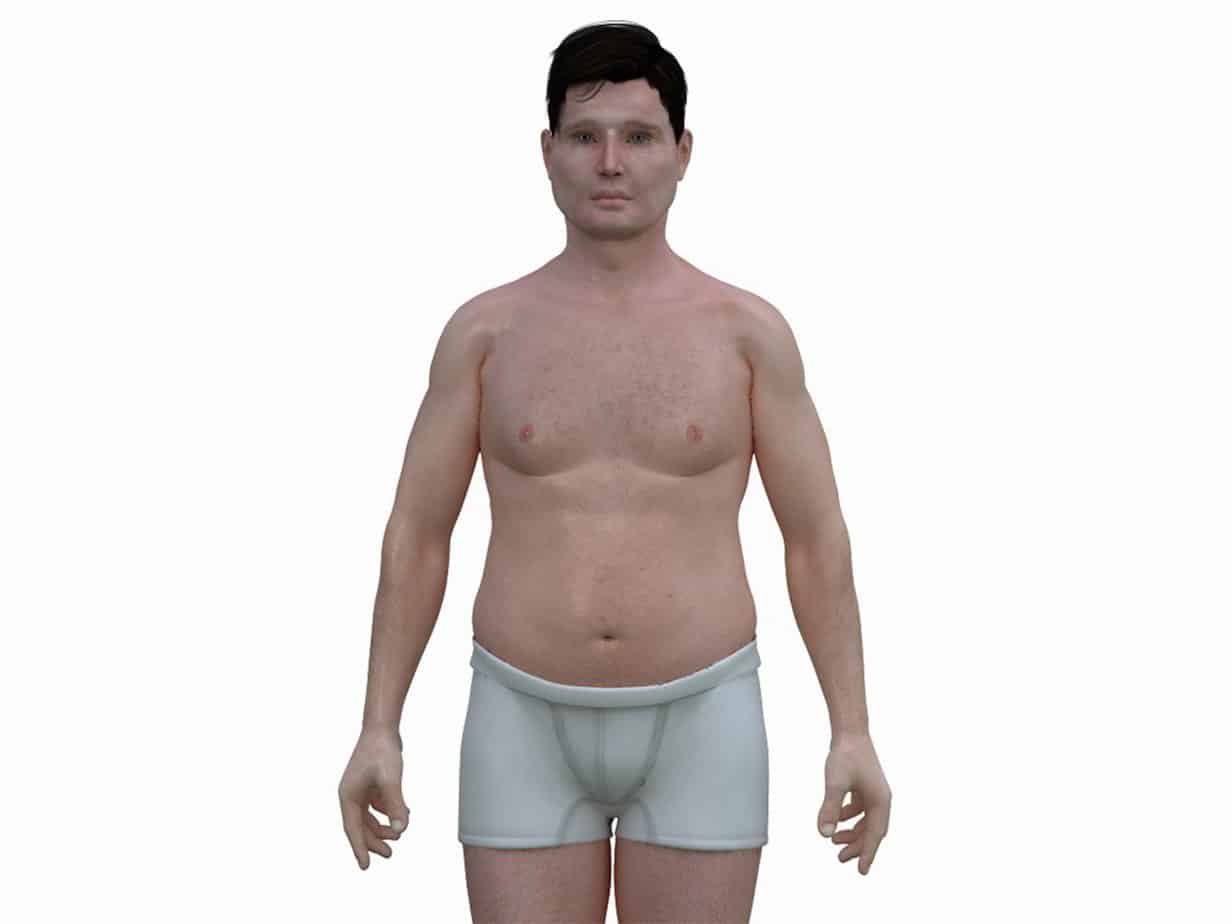 If you’re the averaged aged, average shaped woman in America you may look something like this, a picture I copied from here: 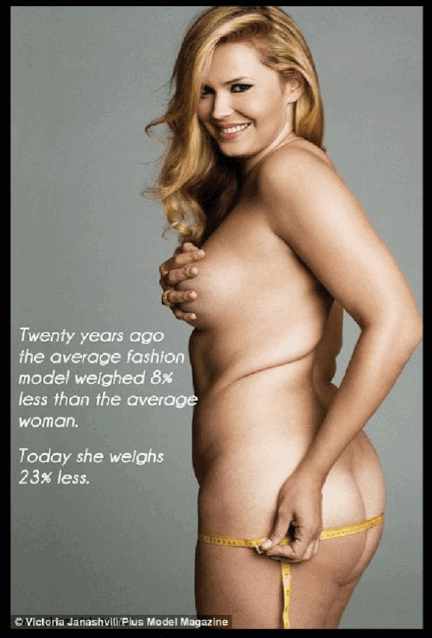 They both exercise their minds to set the right attitudes and habits that then enable them to exercise their bodies with fantastic results.  Though this article is not wholly about physical appearance, it does illustrate a point I’m trying to make, so stay with me.

This is Froning, the Crossfit winner: 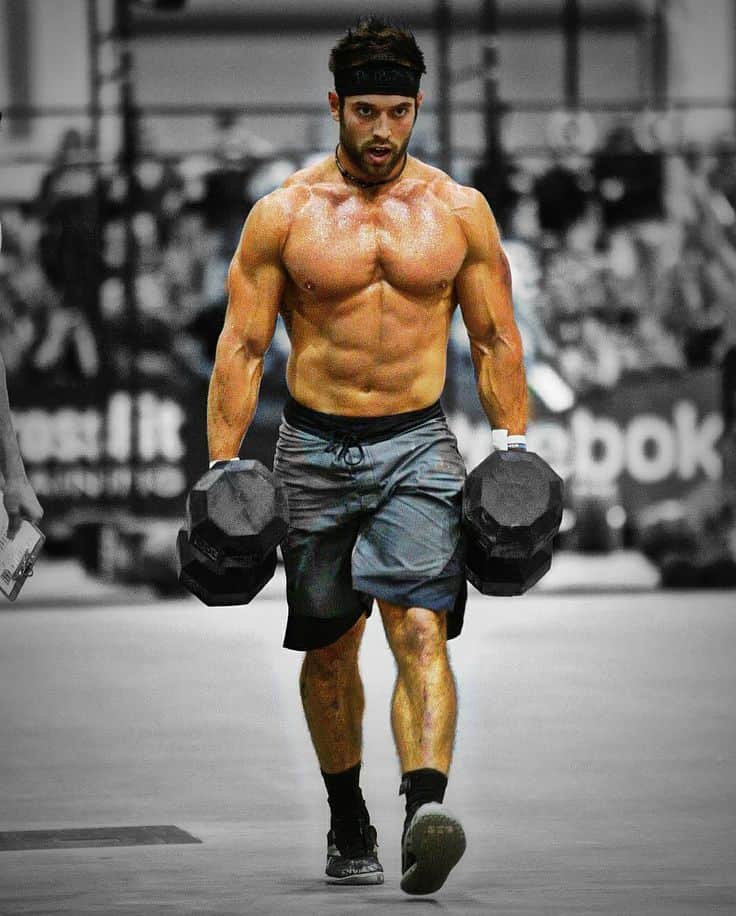 And this is Shepard, who, by the way, was 74 years young when this picture was taken: 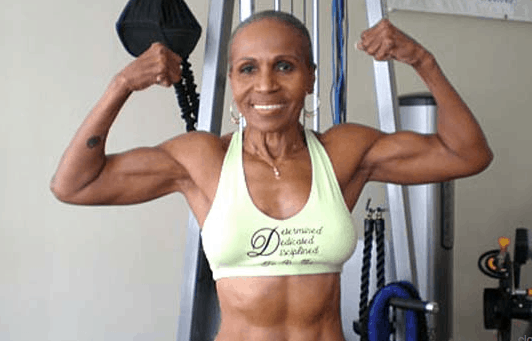 This woman is 74 years young

How do you compare to them?

More interestingly, how do you think you would look if – like some software reboot – your mind was replaced by theirs?

Yes, I’m now using “mind” instead of “brain”, to underscore that the most significant and important difference between exceptional people and ourselves is not some physical attribute like a brain, but how the mind is developed.

I’m using physical appearance to emphasize this Mindset concept simply because it’s visual and impactful, not because it’s the most important thing in the world.

I write about how to build a Mindset frequently on this site.  How one “sets” their “mind” is the key to getting what you want out of life.

And if you’re now thinking…

“Oh, well Rich Froning is in the prime of his life and his full-time job is exercising, and that Ernestine Shepard is simply a genetic freak to look that young at 74”…

then you’re proving my point, which is that your Mindset is working against you, and guess what?

If you had their Mindset, you’d be much closer to getting what you want from your life.

Three Big Steps To Build A Mind That Works For You

As I described in Tiny Habits, the key to move toward what you want in life is to build tiny habits that are progressive, each building upon the other, and getting more substantial over time.

There are three big steps that you can begin now to build that mind that will set you on a course to getting what you want:

Mind you, there are many different techniques you could employ to shift your Mindset, but consider these three because they work and are simple to implement.

Grab a piece of paper and make two columns.

In the left column, write every thought you consistently have that is limiting.

→ A good place to start is with your narrative.

Everyone has a narrative, that story we tell people and repeat to ourselves.  Too often, the narrative is negative.

Pick apart your narrative and find the negative thoughts and emotions. Write them down in the “Limiting Beliefs”column on your paper. Then think about what transpired during the past week, months or years, and write down everything negative that is reoccurring or has significance to you.

We’re looking for beliefs or elements that contribute to your Mindset, not events like a flat tire, or someone spoke angrily to you — unless you then went home and banged your head against the wall, muttering, “I’m a dirty, rotten scoundrel”.

If you did that, then it needs to be on the list.

In the right column write the beliefs that would oppose those negative, or limiting ones.

For instance, a common limiting belief is:

“I’m too young/old/frail/fat to do such and such.”

You would counter that with:

“What limits me are my attitudes; I am in fact old enough/young enough/strong enough/thin enough to do such and such.”

#2. Create and schedule a gratitude mantra

Being mindful of what you have in your life to be grateful for is a mighty fine way to create more of it.

Yes, there may be good reasons that you’re feeling suffocated with all the things that are wrong and hurtful in your life, but you know what –

[Tweet “What you focus on, you amplify, good or bad.”]

So focus on the things for which you are grateful.  It could be friends, family, spouse, child, roof over your head, job, food in your fridge – compared to the filthy, starving orphans wandering around North Korea, you are rich in every way imaginable, so find those gems and polish them every day with your gratitude mantra. 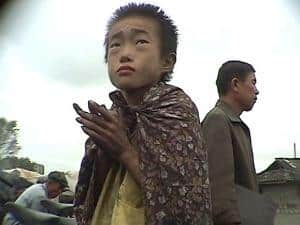 If you’ve done #1, you already have a list of empowering believes. Perhaps you can weave them into that for which you are grateful, because certainly compared to that boy in the picture above, your life is bountiful.

Do your gratitude mantra in the morning, first thing.

As soon as I arise in the morning, I shuffle to the kitchen in my slippers and robe, heat some water, squeeze a lemon in it, and then peer over at Angel Island, which my kitchen window overlooks. As I slowly drink the hot lemon water I go through a litany (my mantra) of things for which I’m grateful.

Don’t go through your gratitude list unconsciously… you need to get the feeling of it in order to appreciate what is working in your life.

Do it. You’ll have a better day, not to mention, life.

Meditation puts the icing on the cake.  The good thing about icing is that it makes the cake tasty.

We eat more of tasty things.

The meditation pulls #1 and #2 together and deepens them.  Through meditation, you’ll quiet the mind enough to get deeper insights about what belongs on your list (#1) and that for which you are grateful (#2).

If you don’t like the idea of meditation because it evokes images and ideas unsavory to you, then call it by a different name.  How bout “Quiet Time”?  Nothing wrong with quiet time.

If you think meditation is some Rubik’s Cube that you can’t figure out or fathom, then don’t do either.  Just sit comfortably for 10 minutes and do this:

What’s very helpful is to mask your eyes so no light gets to them, and to listen to binaural tones.

Binaural tones help synchronize the brain and product the brain waves that are dominate during meditation.  In effect, you can quickly meditate like a long-practicing monk by using binaural tones.

Read my post, Why Holosync Technology Will Quickly Give You These 10 Benefits of Meditation and More!  There’s a SoundCloud audio file in the post for you to listen to.

The difference between those we put on pedestals and ourselves has more to do with Mindset than any other thing.

Those you deem exceptional might be younger, taller, fitter, seemingly smarter, born better, richer and better looking than you, but with the right Mindset, you can step up and stand right alongside them.

If you could exchange the Mindset of those who have achieved what you want, with your own – assuming you haven’t – you too would be on the path they walked to get where they are.

There’s simply not that much difference between our bodies and genes.  What is often very different is Mindset.

So, if you want to be in awe of the stars, be more like Hawking. If you want be peaceful, think like the Dalai Lama.  Get stronger, be Froning. Younger, say yes to Shepard.

Begin your Mindset reconstruction project by:

OK, you know are in possession of the tools you need to begin to build a Mindset that will empower you. Let us know how it goes in the Comments below.

P.S.  Burn the left column.  That’s not you anymore.