Bill Maher says if rats are fed the American Diet they die. 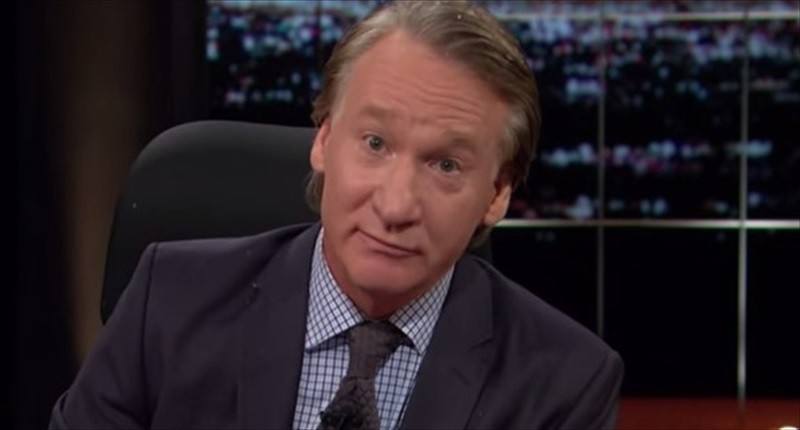 LOVE HIM or hate him, it’s hard to deny that comedian Bill Maher provokes reflection about many things, among them politics and public policy.

I was just reading his New Rule: If America Can’t Get it Together, We Lose the Bald Eagle here, and wondered if he was being hyperbolic about his assertion of how the American diet was making us dumb and lethargic.

As to explain why American’s are putting up with a feckless presidency and Congress in light of all the vital issues on the table, Mr. Maher says:

“Why can’t we get off our back? Is it something in the food?”

Actually, yes. I found out something interesting researching last week’s editorial on how we should be taxing the unhealthy things Americans put into their bodies, like sodas and junk foods and gerbils. Did you know that we eat the same high-fat, high-carb, sugar-laden shit that’s served in prisons and in religious cults to keep the subjects in a zombie-like state of lethargic compliance? Why haven’t Americans arisen en masse to demand a strong public option? Because “The Bachelor” is on. We’re tired and our brain stems hurt from washing down French fries with McDonald’s orange drink.

“The research is in: high-fat diets makes you lazy and stupid. Rats on an American diet weren’t motivated to navigate their maze and once in the maze they made more mistakes. And, instead of exercising on their wheel, they just used it to hang clothes on”.

I wondered if Mr. Maher was being hyperbolic about that rat comment, or if it were true. I looked it up. Sure enough, in a book titled Goldot, by Lewis E. Cook,  Jr. and Junko Yasui, there’s written the account of experiment  comparing the effects of raw foods versus cooked foods with rats, with direct implications for humans.

Now, I don’t know if Mr. Maher had this particular study in mind, but it’s an interesting read, particularly if extended to us and our Great American Diet.

The bottom line is that raw and natural foods produced long living and healthy rats that maintained a life-long interest in solving problems, socializing and being harmonious; whereas those rats that ate food more reminiscent of the average American diet — foods over laden with laden with fat, carbs, sugars and processing, were lazy, yet aggressive, and prone to the chronic diseases that, in humans, threaten our health care system’s solvency.

The one saving grace was that the sickly rats’ condition was reversible by diet. When they were fed what the healthy rats ate, they grew healthy, strong, socially active and harmonious.

Here’s the relevant passage from Goldot:

“It has been found that a group of rats were fed diet of raw  vegetables, fruits, nuts and whole grains from birth grew into  completely healthy specimens and never suffered from any disease.  They were never ill. They grew rapidly, but never became fat, mated  with enthusiasm and had healthy offspring. They were always gently  affectionate and playful and lived in perfect harmony with each  other. Upon reach an old age, equivalent to 80 years in humans, these  rats were put to death and autopsied. At that advanced age their  organs, glands, tissues all body processes appeared to be in perfect  condition without any sign of aging or deterioration.

A companion group of rats we fed a diet comparable to that of the  average American and included white bread, cooked foods, meats, milk,  salt, soft drinks, candies, cakes, vitamins and other supplements,  medicines for their ails, etc. During their lifetime these rats  became fat and, from the earliest age, contracted most of the  diseases of modern American society including colds, fever,  pneumonia, poor vision, cataracts, heart disease, arthritis, cancer  and many more.

Most of this group died prematurely at early ages but during their  lifetime most of them were vicious, snarling beasts, fighting with  one another stealing one another’s food and attempting to kill each  other. They had to be kept apart to prevent total destruction of the  entire group. Their offspring were all sick and exhibited the same  general characteristics as there parents.

As this group of rats died one by one or in epidemics or various  diseases, autopsies were performed revealing extensive degenerative  conditions in every part of their bodies. All organs, glands and  tissues were affected, as were the skin, hair, blood and nervous  system. They were all truly total physical and nervous wrecks. The  same condition existed in the few, which survived full duration of  the experiment.

A third companion group of rats was fed the same diet as the second  group to an age equivalent to about 40 years in humans. They  displayed the same general symptoms of the second group ­ being sick  and vicious so that they had to be separated to prevent them from  killing each other and stealing one another food.

At the end of this initial period all rats in this group were placed  on a strict fast, with o water to drink for a period of several days.  Then they received the natural (raw) diet o first group of rats. This  diet was alternated with periods of fast and within one mouth  behavioral pattern had changed completely so that the now docile,  affectionate, playful creatures were once again able to live together  in a harmonious society and from this point on never suffered any  illness.

Several rats put to death and autopsied at the end of the initial  period revealing the same general deterioration as that exhibited in  the second group of rats. However, the remaining rats lived out the  full duration of the experiment, to the equivalent of 80 years in  humans, and when they were topside there were no signs of aging or  deterioration or disease – just as those in the first group. The  obvious disease, degeneration and deterioration of body parts evident  in their first half of life had been completely reversed and  excellent health restored.

The same principles apply to human life as there is only one TRUTH!  Thus it may be concluded that sick people may be restored to health  simply by choosing the proper diet, fasting observing the other rules  of health. There is no mystery. There is no external force that will  help ­ all healing being accomplished within the body in accordance  with the laws of organic life and health.” (source)