How To Become Immune To The Flu

It’s a fine time to get immune to the flu because it has infected people in nearly every state in U.S.  This is a tough one to beat, and there are not enough vaccines to go around.  Here’s how to strengthen your immune system with specific foods and potent supplements. 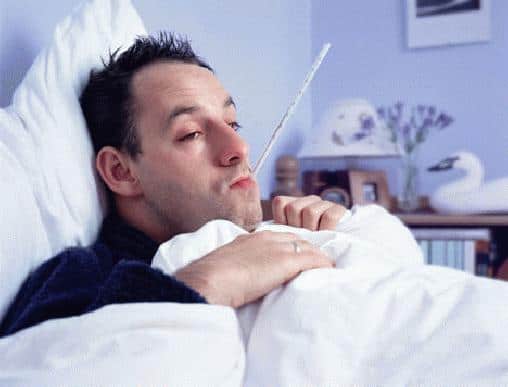 FROM ALL accounts, a dangerous strain of the flu is sweeping across the nation, causing widespread sickness and vaccine shortages.  I first got tuned to this when a buddy of mine visiting his ole man in Florida emailed me that his family was having a knock down, drag out fight with the flu.

Then I looked around the Interwebs. I quickly realized that this flu is creating havoc across this fair land, and most people are ill prepared.

The companies that produce the vaccine that may give people immunity from this flu had estimated they would manufacture 137 million doses this season. That number has not yet been reached, yet more than 80% of the projected vaccine production has already been used up by the approximately 112 million Americans who have gotten a shot.

Due to the virulence of this flu, the situation has become critical.  According to the Daily Beast, this is the worse outbreak in 60 years.

This year, the “flu season” got an early start with a triple threat: An aggressive variant of influenza, a large and early outbreak of norovirus or “stomach flu,” and the worst outbreak of whooping cough in 60 years (42,000 confirmed cases).

This flu outbreak is among the worst in 10 years, leading to the aforementioned shortage of the vaccine, including Tamiflu treatment for children.

As of today, the only states without widespread flu are California, Mississippi and Hawaii.

Bets off about tomorrow, because although it sounds fairly “chicken little” to me, some say this outbreak has the potential to match the 1918-1919 flu epidemic, an outbreak that killed about 40 million people worldwide.

So, what does this mean to you?

Well, if you haven’t gotten a flu shot, it’s likely you’ll, in effect, need to wait in line until vaccine production overtakes demand.  That means vaccine-intending people should join with those who resist such pleasures and strive to get out of harms way by preparing your immune system to resist infection.

Precautions to Stop the Spread of Germs

(And what to do if you have the flu)

At minimum take these precautions as the first step to become immune to the flu:

Build Your Immune System With Medicinal Foods and Potent Supplements

Eat the foods that help to build immune system health, such as:

Lastly, load up with supplements that have the potential to be make you immune to the flu. I wrote about nine such supplements in, Nine Immune Enhancing, Flu-Busting Supplements You Need Now!

This flu has invaded nearly every state in America, and the three that remain unaffected are at the precipice.  By the time it runs out of steam, this flu will make the lives of millions miserable for a while, and some will die.

I suggest that you’re not one of them.

Do yourself a favor by getting prepared.  If you are not able to, or don’t want to be vaccinated, then strengthen your immune system with the aim of becoming immune to the flu.  I’ve offered you a wide selection of immune enhancing foods and supplements.  Click the links presented above and learn what is best for you.

Do what you can to build a bulletproof immune system.

How Dreaded Covid Inflammation Is Intensified by Age and Chronic Illness