What A Marshmallow Can Tell You About Your Resolutions

What were your resolutions this year? Did you make one or two, or merely announce some good intentions? A marshmallow or two provides the answer.

IT’S THAT time of year, in the wee beginning of it when we’re full of hope for what the new year will bring.

Some of us make New Year resolutions; others no longer bother.

How about you, what’s your resolutions this year?

If you want to make something happen in your life that’s been illusive — perhaps some so-called “New Year’s resolution” — then I’d like to introduce you to two men:

These men have something to teach us about getting what we want out of life, and I make this first blog post of the year about them and what they teach, because I learned something from my “1-Minute Survey.”

The 1-Minute Survey presented 12 body/mind aspirations that collectively are known to contribute to a long and healthy life. I asked for respondents to choose the one that’s most important to them.

19% selected “I want to live my life guided by focused intention”; and

I was pleased but surprised by this outcome. My guess would have been that more people chose other selections, such as those associated with hormone optimization or getting fit.

But I learned something quite different.

The Power of the Right Mindset

What I learned is that many readers know that developing the right “Mindset” is the best first thing you can do before working on any other aspiration.

Mindset is my first “Pillar” of the “Four Pillars” conceived to enable us to manage our aging process, as I wrote about in 12 Ways To Increase Your Healthspan, Starting Now.

The reason for that is simple:

Any aspiration or goal worth having requires a plan conceived and executed by a specific, consistent state of mind.

If we choose these habits with some forethought and insight, step by step, they lead us to our desired objective.

Perhaps those who took the survey recognized that all the other choices presented could be achieved if they developed the right Mindset and attendant skills.

Which brings us back to those two men mentioned above, Walter Mischel and Dean Kilian.

First up, Walter Mischel and his Marshmallows

Walter Mischel is a famous psychologist at Columbia University. Dean Karlan, no slough either, is a behavioral economist at Yale University.

They both know something about what it takes to achieve your resolutions.

“The book is based on half-a-century of research by Mischel and others that began with a simple experiment, now among the most famous and replicated in the history of psychology.”

What was that study all about, you ask? 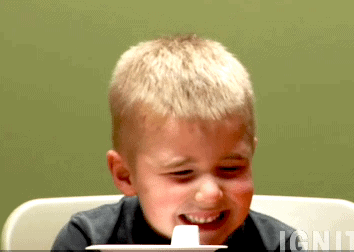 What Dr. Mischel did way back in the 1950s and 60s was take 650 preschoolers at Stanford University and sat them at a table, one by one. On the table was one marshmallow. The children were told that they could eat that one marshmallow now, or wait ten minutes and eat two marshmallows.

Two-thirds of the kids couldn’t resist the temptation and quickly devoured the one marshmallow, leaving one-third of the kids who waited for the second before devouring them both.

Mischel followed these children into early adulthood and discovered that those who were able to wait for the second marshmallow to arrive, thereby demonstrating some ability to delay gratification, were generally more prosperous later in life.

How did those delayed gratification types do it?

It’s strange to use this term when applied to children, but they used what is referred to as “executive control” to resist the temptation of the one marshmallow whispering “eat me” in order to get two and have a banquet.

What those kids did was to use the prefontal cortex of their brain – the “cool”, thinking part of the brain — to conjure strategies to resist the marshmallow temptation, rather than succumb to the “hot” emotional system that’s always shouting “I want it now now now”.

In that interview, Paul Solman asked Dr. Mischel what he thought of New Year’s resolutions by asking him this:

“So New Year’s resolutions, people make them, and just about as often, they break them. Why?”

“Because they’re formulated in a way that is a general good intention, but it’s not a plan”, Mischel replied.

That response rang a bell for me.

Come the New Year, it’s not a “resolution” (I resolve to do this) that people really make, but instead they voice some “intention” that sounds good at the time, but winds up being just sounds in the wind.

Say your resolution is to drink less, but the habit you have is that you imbibe in one or more cocktails after work. What you don’t do is voice that intention to yourself and whomever else is in listening distance, and go on your merry way without changing anything, without making a plan. What you do instead is to make a plan, part of which is to select a palatable, doable substitute for the cocktail.

If you usually drink two cocktails, for the fist week drink one and than substitute the other with some other drink you like that has no alcohol. The following week, substitute both cocktails for the no-alcohol drink.

Dr. Mischel’s own nemesis is chocolate mousse. He doesn’t want all those calories and sugar, so his plan is always to order a fruit dish even before any deserts are presented to him at restaurants.

That said, chocolate mouse pales in comparison to another habit he had earlier in his life – smoking. He was a three-pack a day inhaler who stopped smoking cold turkey.

How did he do that?

There was an ad he saw with a man suffering from metastasized lung cancer, and on his chest were small green X-marks mapping where the radiation gets focused. Mischel said that and could vividly imagine himself on a gurney with little green X-marks on his own chest, which made the distant probabilistic consequence more salient, and thereby changed a cigarette from a huge temptation to a small dose of poison.

The most powerful way to have control is by transforming what the stimulus means, says Dr, Mischel.

The calm alertness that was associated with the act of smoking a cigarette was transformed by his vivid reckoning into a poison stick.

In this case, Mischel didn’t divulge if he used some substitute for cigarettes, like in the case of chocolate mousse, where fruit replaced it. If you were in a similar situation, it would be helpful to plan an alternative to take when tempted with whatever you want to expel from your life.

Next Up, Dean Karlan: Commit Till It Hurts

Dr. Dean Karlan is a behavioral economist, which explains his different approach to achieving your resolutions – “commitment contracts”.

The process here can be distilled down to three things:

A common example to explain Dr. Karlan’s process is the goal of losing weight.

You grab a friend or two, and tell them that if you do not lose X pounds in Y days, you will give them, say, $1,000, or whatever amount will hurt.

But Karlan wants it to hurt even more, so you tell your friends that if you fail, they are to donate the money to the most odious thing you can imagine. It would be like a Bernie Sanders supporter saying, “If I don’t lose the weight, send the money to the Trump campaign.”

But Karlan wants failure to hurt even more, more, so he founded a website where you can tell the world what you committed to, and your self-imposed penalty.

… most of us struggle to achieve our goals. That’s because there’s a big difference between having a goal and achieving a goal—stickK works by helping people eliminate this gap by using, what we call, a Commitment Contract.

A Commitment Contract is a binding agreement you sign with yourself to ensure that you follow through with your intentions—and it does this by utilizing the psychological power of loss aversion and accountability to drive behavior change.

By asking our users to sign Commitment Contracts, stickK helps users define their goal (whatever it may be), acknowledge what it’ll take to accomplish it, and leverage the power of putting money on the line to turn that goal into a reality.

You know you’re serious if you follow Dean Karlan’s process.

It’s a new year, and we all tend to take stock of how we’re doing in our lives, and what we’d like to be different. If you’re serious, rather than having good intentions, you’ll chose a goal and a plan to make it happen.

That old saw’s got it right:

Plan the work and work the plan.

In this blog post, you got some tips on making your resolutions actually happen. As Drs. Mischel and Karlan might advice, you could:

Want more strategies on achieving your goals?  We got em:

Manifest your goals by knowing the right processes, management techniques and necessary mental/emotional alignment to succeed.

4 Steps To Make Your Goals Smart and Achievable 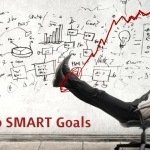 The four steps to make your goals smart and achievable have everything to do with becoming accountable to plan the work, then work the plan. Anything else is dust in the wind.

The 4 Principles of Success 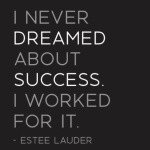 You need to use just four “Principles of Success” to achieve your vision of it. Here’s a run-down on these principles, and how to use them…

Why Change Is Hard — The 3 Reasons We Get Stuck 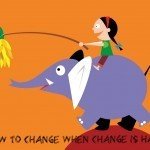 You know why change is hard? Change is hard because who we are and what we do feels like they’re set in stone. There are reasons this is so. Find out how to get unstuck and make the changes you want in your life. 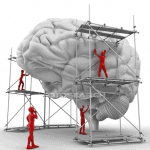 The biggest thing that differentiates those the world admires and the rest of us is Mindset. The thoughts, beliefs and emotions that comprise our Mindset either work to build the life we want, or not. Build a Mindset that will work for you.

Double Your Success With These Three Habit-making Experts

Goals vs Systems — How To Get What You Want