Jennifer Lopez and Alex Rodriguez are doing a 10 Day No Carb Challenge, and J.Lo’s losing body fat. Should you do this too? 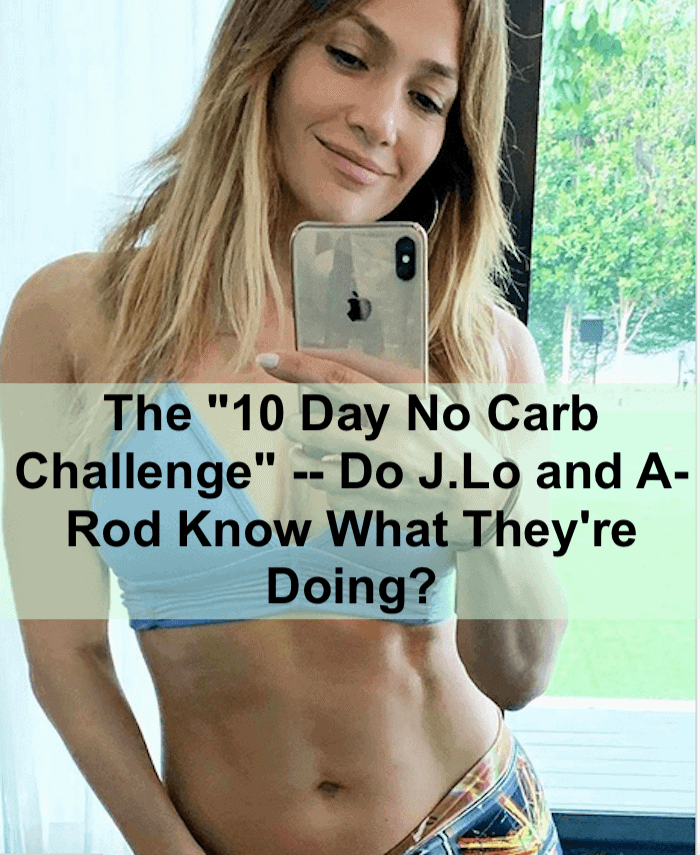 THE LATEST celebrities to jump on the keto bandwagon are Jennifer Lopez and Alex Rodriguez with their 10 Day No Carb Challenge. I’m no celebrity-watcher, but this bears reporting and commenting on.

I mean, does a “10 Day No Carb Challenge” make any sense?

The J.Lo/A.Rod 10 Day No Carb Challenge 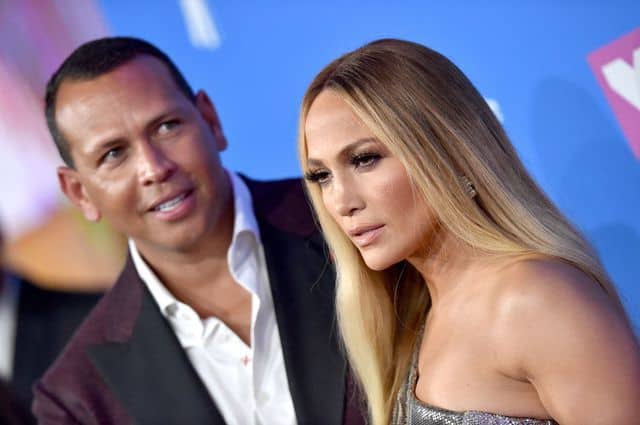 Over the last few days, articles have popped up about this famous duo’s new diet, based on the ever-popular keto diet, wherein practitioners eschew carbs in favor of a modest bit of protein and heaping gobs of dietary fat.

Seeing how the dalliances of acclaimed Bronx actress and singer, J.Lo, and her beau, former pro baseball player, “A.Rod” are examined under a microscope and revealed to the world, I’d like to point out that their approach to the keto diet is smart.

J.Lo did some splaining when she called into the Today Show last Friday:

“It’s no sugar, no carbs. Anything that has sugar and carbs in it, you cannot have. The first and second day is when you realize you’re addicted to sugar. It’s like a drug.” (3)

Although it seems that A-Rod evoked the challenge, J.Lo was encouraged to accept it by her trainer, who told her that the diet would “reset” her body by not eating carbs, and lose some weight to boot; apparently, a compelling incentive:

“You will lose a bunch of pounds on it, you will lose inches because…once you get rid of that sugar and those carbs it just starts coming off,”, J.Lo said. “Halfway through, five days through, I see a difference already.” (3)

And, by the way, they’re also exercising during this 10 day challenge, which certainly contributes to the weight loss.

Last week, in an article named, The Solution To The Keto Diet Controversy, I responded to the wrestling match over the Keto Diet between two combatants: NBC weatherman, the avuncular Al Roker, and NBC’s “The Biggest Loser” trainer Jillian Michaels.

To put it in a nutshell, Al Roker loves the diet, has lost many pounds on it and has no plans of discontinuing his keto food; whereas Jillian Michaels thinks the Keto Diet is dangerous long-term.

I’ll address that next…

Is The Lopez/Rodriguez 10-Day No Carb Challenge Really Keto and Does It Work?

The “keto” part in the Ketogenic Diet refers to small fuel molecules called “ketones”, which the body will produce when blood sugar (glucose) is in short supply.  When consumed, carbohydrates break down into blood sugar (also called “glucose”) which our body uses for fuel, but if you don’t eat carbs AND only eat a moderate amount of protein (excess protein can also be converted to blood sugar), ketones are produced to fuel our metabolism.

The liver produces this ketone fuel source from fat, which is convenient, because the brain is always hungry, it consumes a lot of energy and it can’t run on fat directly. It can, however, use ketones if glucose from carbs isn’t available.

If properly done, a Keto Diet switches your body’s fuel supply from glucose to fat. When insulin levels become very low, fat burning can increase dramatically and you can lose weight.

The health benefits of a Ketogenic Diet

There are health benefits that can be derived from a Keto Diet. This Healthline article lists ten of them, which are:

But does it work and is the 10 Day No Carb Challenge really a short-term Keto Diet?

Yes, the 10 Day No Carb Challenge will probably help you lose weight as long as you’re in a caloric deficit. What that means is that — irrespective of what macronutrients form your diet (protein, fat, carbs) — as long as you consume fewer calories than your body uses, then you’re likely to use body fat. (This does presume your hormones are working decently.)

To whether the J-Lo/A.Rod challenge is the same as the Keto Diet depends on how much fat and protein is consumed.

As I wrote here:

“… the Ketogenic Diet involves almost completely eliminating the consumption of carbohydrates, reducing protein and replacing those calories with dietary fat.

So, if do the 10 Day No Carb Challenge while subscribing to the proportions of fats, carbs and protein as delineated above, you’re doing the Keto Diet. And if the duration is just 10 days, no problem. If you’re thinking of making the Keto Diet your long-term way of eating, however, there are three important concerns to consider.

Three concerns about the Keto Diet:

(1) Long-term, both low-fat and low-carb diets produce similar amounts of weight loss.
(2) Long-term, a Keto Diet is harder to keep up than a diet with a balanced macronutrient mix, such as the Mediterranean Diet or the Gorilla Diet. (Yeah, I made that up, but check it out.)

(3) Given that the Keto Diet is relatively new, not enough data exists to make clear and certain claims to its long-term health benefits or detriments.

All this brings us back to the sensibility of the J.Lo/A.Rod challenge — it’s only for ten days. As such, a challenge like this could be good for a reset. It could be something to help you disrupt the eating rut you may now be in and get you on another path, like the Gorilla Diet. 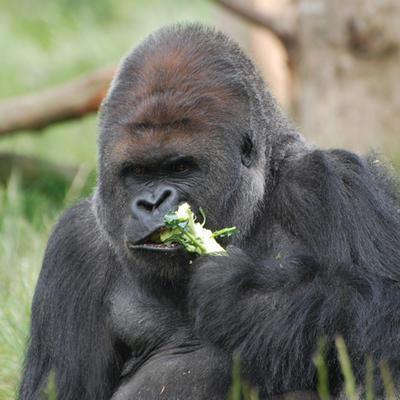 Eat Like A Gorilla — Your Scientifically Proven Best Diet

If the Keto Diet appeals to you, then try it. If you’re losing weight and feeling good, continue the course, but not forever. At some point, you need to return to a diet consisting of balanced macronutrients. Not all carbs are bad. Sure, dump the sugary carbs, processed foods and the like, but beans, lentils, a bit of whole grains, berries and apples need to re-enter the mix at some point, because we know that they will do your body good over the long haul.